Volunteers fled Ukraine after bombing of military base 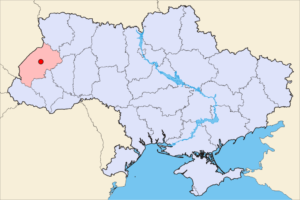 Yesterday, a military base in Ukraine was bombed, where volunteers from the West who made it to the country were. These would be trained before being sent to the front.

Sveriges Radio has interviewed Jesper Söder from Trollhättan, who must have been on the base. According to him, a group of volunteers fled into the forest in connection with the attack. Some of these then fled to Poland.

Even a Swedish nationalist who was supposed to have been at the military base has made it back to Poland. This nationalist, whose description of the incident Nordfront took part in, believes that the Ukrainians acted as if "they wanted to kill as many of us as possible".

This is because of how the Russian attack must have been handled. The nationalist states, among other things, that they were ordered to gather on open ground during the ongoing attack, something that must have had fatal consequences for those who followed orders.

You should not have received protective equipment and ammunition, despite the fact that an attack by Russian soldiers should have been expected. In addition, several Ukrainian commanders are reported to have disappeared shortly before the attack.

The former SD politician Daniel Tilli also claims to have been at the base. However, he already went back to Poland before this attack. According to Tilli himself, the reason is that it would take longer to get to the front than he previously thought.

You who call me a coward for pulling: Here I slept.

The base is lit at 07. The Russian struck shortly before.

Had I listened to all the smartasses pretending to be heroes themselves in here mocking me, and stayed, then I would be dead today. pic.twitter.com/vhYFmsyEKM
— Daniel Till