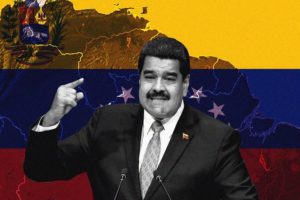 In Venezuela, a new stage of consolidation was initiated by oppositional forces. According to El Tiempo, ‘political opponents of President Maduro realized the mistakes that had been made, as well as, the need to rebuild actually broken coalition ‘Democratic Unity Roundtable’. According to The Latin America Herald Tribune, opponents of the Head of the State are convinced that the formation of a powerful anti-Government alliance will allow them to overcome the internal crisis and launch a decisive attack. Diario de Noticias believes that the talks between leaders of the largest oppositional parties are the first step in the process of their consolidation. Though the parties failed to reach any agreement upon the totals of this meeting, according to El Pais, the oppositional leaders demonstrated their readiness to look for compromise in order to work out a common strategy for further action. Prensa Latina (Latin American News Agency) describes the involvement of President of ‘Progressive Advance’ party Henri Falcon who has earlier stood for a pragmatic dialogue with the authorities and then joined the intransigent opposition, in the talks as a wake-up call for the Head of the State.

According to The Wall Street Journal, the coalition of anti-Government forces should contribute to awakening the society that remains apathetic in the political area. El Universal attributed to the opposition the desire to use general dissatisfaction with unfulfilled electoral promises in social sphere for organizing new large actions of protests. Center-right parties have already engaged in dialogue with leaders of major trade union organizations intending to organize an unlimited national labor strike in the social sector. Such a turn of events is a source of serious concern of Maduro, whose opportunities to influence public attitudes are critically limited. According to the Internet edition Venezuela Analysis, during the socio-economic changes required in these spheres of the country the Venezuelan leader meets with resistance from representatives of his entourage. Bloomberg considers that difficulties in adopting the economic program developed by Maduro’s team are very illustrative. ‘President had to delay the implementation of a number of crucial points relating to the program, merely taking some cosmetic measures, such as, for instance, national currency denomination’, Professor Henk from the Johns Hopkins University notes.

An increase in the opposition’s activity coincided with the increased pressure on Caracas from the West. According to La Razon, the USA sends a clear message that it intends to expand support for opponents of the Acting Head of the State. Within this context, The Miami Herald considers Washington’s readiness to impose sanctions against Venezuela. According to The New York Times, the White House plans a strike against the Republic’s oil sector, ‘Lower income from ‘black gold’ exports should lead to deepening economic problems, and consequently further weakening of the position of Maduro.’