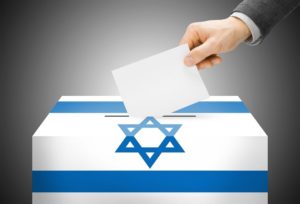 The Israeli authorities started preparing for the pre-term elections to the Parliament. According to Jerusalem post, the Prime Minister Netanyahu has already discussed this issue with his colleagues in the Likud party. The head of the government, as it’s supposed by Al-Monitor, will announce the break-up of the Knesset after the ending of the summer vacations aiming the voting comes off in the beginning of the spring next year. From the perspective of an Israeli political expert, Mr. Beilyn, Netanyahu has long been ripe for the pre-term elections. “The Prime Minister is tired of the current ruling coalition made up of some eclectic political forces, which he’s never been able to strike a chord with”, the web paper MIGnews points out. The radical religious parties have turned out to be a serious problem for the leader of the Cabinet. The Reuters believes the draft law on the military conscription of the orthodox Jews, the sharp dispute around which it was possible to stop only by putting it off to the October next year, is a large stumbling block in the dialog with them. Al Arabiya notices the increase of the contradictions with other Likud’s partners within the governmental block. The refusal of the Minister of Finance Kahlon to discuss any Netanyahu’s legislative initiatives capable to negatively impact the electoral positions of the Kulanu party he’s leading, is assessed by the Times of Israel as specifically illustrative.

The hurry Israeli leader shows in the issue of the Parliamentary elections is explained by the observers not only with the internal causes, but also by the external ones. Haaretz believes it’s extremely important for Netanyahu to get the credential on the threshold of the “century deal” in the Palestinian-Israeli settlement, which is prepared by the USA, and which may start being discussed relatively soon. The head of the government is concerned about the following escalating tensions on the Palestinian direction, for this reason he considers to be necessary to finish the election procedures as soon as possible, and thus, to assure the stability of the power, Arutz Sheva states. According to the Israeli Channel 9, Netanyahu looks into the options of strict measures toward Palestine if the situation finally goes out of control, “It’s referred to providing another military operation on the territory of the autonomy”.

From Haaretz perspective, Likud has a great chance to win in the parliamentary race. Nevertheless, against the background of the outlined rating decrease of the party, according to the prediction of the Middle East Monitor, Netanyahu will tend to strengthen its advantage by promoting of some populist initiatives. In this regard, the BBC draws attention to the recently adopted law, proclaiming Israel to be a Jewish national state, “This statutory enactment has been under discussion for many years, however, the head of the government fastened its adoption in a hope to win over the conservative electorate”. Another Netanyahu’s important is the seeking for new partners within the coalition, the Jerusalem Post believes. The Israel leader isn’t going to deal with the religious parties anymore, betting on the centrist forces like the Yesh Atid party, which have already shown their readiness to cooperate with Likud.