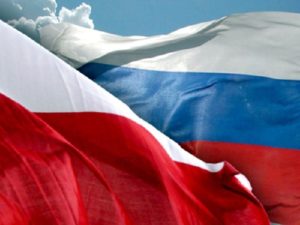 Poland’s establishment stirred up talks over the ways to build up relations with Russia. Previously, the belief of Russia’s “aggressive nature” was the dominant opinion, but now Talaga, observer of Rzeczpospolita, asks to pay attention to arguments for a constructive dialogue. The similar viewpoint is shared not only by the secondary level politicians, but also by some representatives of ruling groups, – this way the Internet-issue News comments the interview of senator Morawiecki, father of Poland’s prime minister, to RIA Novosti. In the view of Polish Polityka, the goal of Morawiecki, who advocated reviewing the anti-Russia course and normalizing relations with Moscow, was to explore ground for adjustment of Russian foreign policy. He came up with ideas that authorities fear to announce in public because of possible negative reaction of electorate and opposition. As noted by Wojcik, political analyst from Warsaw, the government apparently considering the further actions on the eastward after Putin-Trump meeting that opened perspectives to reduce the tensions in Russian-American relations.

As reported by Polish Internet-issue Do Rzeczy some of the right-conservatives take with interest the idea of rapprochement with Russia. Moscow is seen as a potential counterbalance to Brussels because of the conflict that was caused by Warsaw’s refusal to roll back the judicial reform, as was marked by Polityka. According to analyst Ziemkiewicz, Poland should take Hungary’s example that supports all-European line of maintaining the anti-Russian sanctions and at the same time benefitting from bilateral cooperation with Russia. Consequently to confrontational approach with Moscow, Warsaw made it difficult to communicate with the rest of Eurosceptic EU member countries that support strengthening relations with Moscow as stated by Stratfor. By far, this limits Poland’s potential leaving it without a way to take the role of consolidating power in the region and increasing the risks of isolation as assumed by the observers.

However, taking into account Polish authorities’ continuous anti-Russian hysteria, director of the Polish Institute of International Affairs Dębski considers the perspective of bilateral relationship normalization very unlikely in the short-run. According to Poland’s ex-PM Miller, the juncture will change if Republic’s authorities will show the political will. For now, Warsaw’s fears to face accusations of back-and-force diplomacy on the global arena clearly overbalance the arguments for dialog renewal with Kremlin, as noted by Do Rzeczy. In respect to research officer of Stefan Batory Foundation Pełczyńska-Nałęcz, to move the Russian-Polish relations from a dead point Moscow have to do a step forward, “This will help the government of Poland to justify the revision of foreign policy in front of electorate.” Handling to Poland the debris of presidential Tu-154 airliner that crashed in 2010 near Smolensk, as observed by Polityka, will be a gesture of good will.