Ukraine is a ‘Warm Up’ for Fighting China: Why the Head of America’s Nuclear Forces Just Warned of an Imminent ‘Very Long’ War 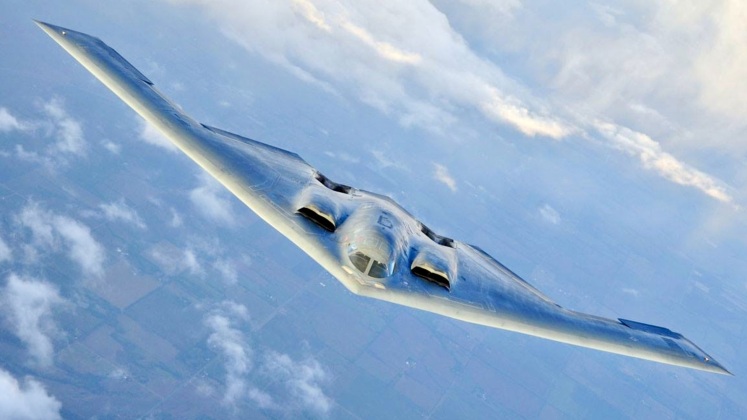 The head of the U.S. Strategic Command Admiral Charles A. Richard has warned that a great power war “is coming,” claiming that the ongoing Russian-Ukrainian War in which U.S. personnel and equipment have played a central role is a “warm up.” The Department of Defence published the admiral’s remarks that were made at the Naval Submarine League’s 2022 Annual Symposium & Industry Update’s Awards Luncheon, where he stressed: “This Ukraine crisis that we’re in right now, this is just the warmup,” Richard said. “The big one is coming. And it isn’t going to be very long before we’re going to get tested in ways that we haven’t been tested in a long time.” Richard highlighted China specifically as the adversary of the next conflict, stating:

“We have to do some rapid, fundamental change in the way we approach the defence of this nation… As I assess our level of deterrence against China, the ship is slowly sinking. It is sinking slowly, but it is sinking, as fundamentally they (China) are putting capability in the field faster than we are. As those curves keep going, it isn’t going to matter how good our (operating plan) is or how good our commanders are, or how good our horses are — we’re not going to have enough of them. And that is a very near-term problem.”
Admiral Richard’s statement comes as the future of funding for the Strategic Command’s key assets remains uncertain, with its sole ICBM class in service the Minuteman III being by far the oldest and most obsolete in the world and potentially being retired without replacement to avoid the expense of doing so. The American bomber fleet, too, is seeing its two newer models the B-1B and B-2 retired in the near future with the former having already begun to be decommissioned due to extremely low availability rates, while their successor the B-21 faces delays and is considered unlikely to be supplied in the numbers currently hoped for. China’s armed forces overtook the United States in spending on defence acquisitions in 2020, and the country is fast modernising its strategic forces with a much more diverse and sophisticated ICBM arsenal, a range of new bomber classes, and a H-20 program to rival the B-21 which may well enter service first and could potentially outperform it.

China’s upcoming ballistic missile submarines, using magnetic drives among other revolutionary technologies, are expected to be by far the stealthiest in the world. China has also beaten the U.S. by several years to actively field missiles with hypersonic glide vehicles, which can be integrated across its nuclear triad. Thus the Strategic Command chief’s warning may well have been intended to highlight issues the American strategic arsenal is facing, its importance in a potential new conflict with China, and as a result the need for more funding. Overstating the urgency of a need for funding and potential imminence of war remains a practice far from uncommon in the U.S. military leadership.
Regarding how a new Sino-U.S. great power war could break out, Admiral Richard stated that a war in the Taiwan Strait as the likely cause. Although the United States and all other UN member states recognise Taiwan as part of China, the Chinese Civil War which technically remains ongoing means that the island 130km off the Chinese mainland is under a separate but unrecognised Western aligned authority claiming to rule China – the Republic of China (RoC). Both the RoC government in Taipei and the People’s Republic of China based in Beijing claim to be the sole rulers of the Chinese nation. Although the former has no recognition at the United Nations and a status comparable to a non-state actor, it has continued to receive significant quantities of military equipment and support from the Western world to sustain its separation. The Taiwan Strait thus remains a major hotspot, although the balance of power in the area has continued to very quickly shift to favour the Chinese mainland as the capabilities of RoC forces and nearby American assets have fast become more limited by comparison.

0
2022-11-09
sc
Previous: Why does a state university afford a professor who claims that Ukraine started the war against Russia
Next: Midterms No red wave America is still very divided
Subscribe
4 Comments
Oldest
Newest Most Voted
Inline Feedbacks
View all comments