Sweden and Finland about to become the losers of the war? 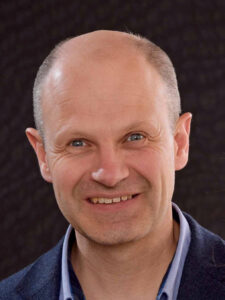 Even if no shot is fired here, Sweden and Finland may become the losers of the war, in that we lose a large part of democratic control. Presumably much of this has already been done in secret, by the USA/NATO having gained so much influence here, not least in our countries' militaries. Loads of countries, not least in South America, have bitterly learned how things can go when their military is under the influence of the United States. Giving up even more self-determination by formally joining NATO would, among other things, make it more difficult to leave NATO.
Perhaps the war will end with Russia taking a large part of the control over (parts of) Through NATO, Ukraine and the USA take a large part of the control over Sweden and Finland.
The risk increases that it will be even worse than that. Military alliances contributed to the involvement of so many countries in the First World War. Since the fall of the Soviet Union, NATO has changed into a more offensive alliance, as shown in the former Yugoslavia. Therefore, we now have even greater reason to be worried and question how NATO actually works.
The particular threat that NATO poses to Estonia and Finland in particular should not be forgotten. If NATO countries were to nuke S:t Petersburg, it can have an enormous impact on neighboring countries, depending on how the winds blow.
Finland made the mistake of collaborating with the Nazis during World War II. I see NATO as repeating that mistake, but potentially even worse, through the nuclear dimension.
Parts of my family have left Finland because of Finland's collaboration with the Nazis, as I understood it. They moved to Sweden and I was born here. It is tragic to now have to consider leaving the Nordics because of NATO.