The Demise of American Exceptionalism 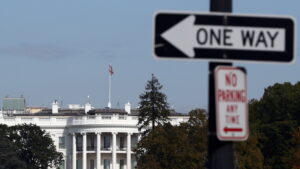 BEFORE OUR national self-inquest on Donald Trump has run its course, we will be prompted to remember again that the world exists. President-elect Joe Biden’s appointments at the departments of defense, state, and the national security council are likely to include some combination of Michele Flournoy, Jake Sullivan, Anne-Marie Slaughter, and others of the globalization group around Bill and Hillary Clinton and Barack Obama. These people believe in the rightness of a world with the United States at its center, deploying commercial strength, trade agreements, diplomatic suasion, and military alliances in a judicious synthesis. Armed intervention, preferably multilateral, is held in reserve. They take on trust the global politics of neoliberalism. For them, the Trump presidency, though unanticipated, was merely a disagreeable hiatus. They have never stopped planning for their return.

They did not study the catastrophe of Vietnam, and they have not learned from it. As Gareth Porter showed in Perils of Dominance, that war, whose atrocities the world remembers more vividly than Americans do, was protracted not from morbid credulity regarding the domino theory but rather a primitive fear of losing face. It was carried forward through presidencies in both parties with a maximum of deception. The War in Afghanistan has similarly extended over three presidencies; and yet, to the neoliberal establishment, Afghanistan in 2020 is a good deal like Vietnam in 1971. It must not be “abandoned.” A recent New York Times story praised some generals for “tempering” the rashness of Donald Trump’s attempt to withdraw once and for all.

For reasons of personality that hardly bear looking into, Trump in foreign policy represented a break from the militarized globalism the United States had adopted with the fall of the Soviet Union and the coming of a unipolar world. The laboratory for this approach was the Yugoslavia intervention commandeered by Bill Clinton and Tony Blair. The madness under the idealism was revealed in the bombing, invasion, and occupation of Iraq in 2003. That seems a long generation ago, to the short memory of Americans. Even more thoroughly forgotten has been the Libyan Civil War—President Obama’s disastrous bid to show support for the Arab Spring—with all the destruction it wrought: the civil war that followed, the swollen mass migrations from North Africa to South Europe, the opening of slave markets in Libya itself. After Libya came Syria, in which the United States supported an Al Qaeda offshoot in another humanitarian cause. After Syria came the Obama-Trump support for the Saudi obliteration of Yemen.

The United States has long faced the peculiar choice—messianic on both sides—of serving the world as an exemplary nation or as an evangelical one. The former image was best drawn by Abraham Lincoln when he said that the proposition “all men are created equal” was meant as “a standard maxim for free society,” which would be “constantly approximated” in the United States itself, “constantly spreading and deepening its influence, and augmenting the happiness and value of life to all people of all colors everywhere.” By contrast, the evangelical image was epitomized by John Kennedy’s eloquent and dangerous inaugural address: “we shall pay any price, bear any burden, meet any hardship, support any friend, oppose any foe, in order to assure the survival and the success of liberty.” Lincoln’s standard maxim meant the force of our example. Kennedy’s bear any burden meant the force of our weapons.

A new Cold War with Russia was dragged onto center stage in 2013–2014. The process began at the Sochi Olympics and was locked in by the American reaction to the Russian reaction to the coup in Ukraine. The neoliberal elite is deciding, at this moment, whether to prefer Russia or China as the number-one U.S. enemy on the horizon. But must we have one? “Faith in a fact can help create the fact,” said William James. A named expectation of trouble creates the conditions for that trouble. And yet, informed citizens today in the United States, in China, and in Russia all know that such a return to the inveterate habits of the old Great Powers would be supremely irresponsible. Our most dire confrontation now is with the natural world, which, in the form of climate change, is taking its revenge on humanity for a century of abuse.

If the fires and floods of the last many years, in Australia and California, in Prague and Houston, have nothing to say to you, it is not clear what planet you are fit to live on. The best thing the policy elite could do, for the United States and the world, would be to put themselves out of business. Begin a series of international agreements to cooperate in slowing the progress of climate change, and in anticipating and defending against the worst of its effects. Practically speaking, as a matter of course, this will require a new ethic of international cooperation. Not war, not even an enhanced trade war, and not with China and Russia most of all.