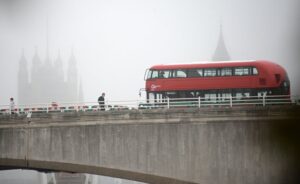 A white supremacist network with more than 80,000 followers and links to the UK far right, including a student charged with terrorist offences, is being hosted by Facebook and Instagram, putting the world’s largest social media company under fresh pressure to tackle extremism.

According to the London-based Centre for Countering Digital Hate (CCDH), sales of the products fund two neo-Nazi extremist movements operating from Ukraine: Azov Battalion and Misanthropic Division. A number of UK far-right activists are believed to have been recruited by Azov Battalion to fight in the conflict in Ukraine.

A British man is facing trial accused of 12 terror offences after police found him in possession of extremist material, including clothing and flags linked to Misanthropic Division. The student denies the charges.

The disclosure comes as Facebook, under scrutiny over its policing of abuses, attempts to prove it is tackling hate speech and extremism. However, the report, co-authored by the Coalition for a Safer Web, report says the social media company was first warned of the neo-Nazi network two years ago, and it has grown significantly since then.

“Facebook was first told about this problem two years ago and failed to act.”

Ahmed, who is also a member of the pilot group for the government’s commission on countering extremism, added: “This lack of action would not have gone unnoticed by extremists, who now know that Facebook allows them to recruit, organise and raise funds without interference.”

On Thursday, Facebook, which owns Instagram, disclosed for the first time figures on the prevalence of hate speech on the platform, revealing that during July, August and September approximately one in 1,000 pieces of content viewed included hate speech. Facebook also said it had taken action on 22.1 million pieces of hate speech content during the same three months.

Azov Battalion and Misanthropic Division appear to be trying to export their ideology to the west, with reports of links between the latter and “like-minded” groups, such as the proscribed UK terror organisation National Action. The Soufan Center, an anti-terrorism thinktank, estimates that 10 “foreign fighters” from the UK have served with Ukrainian militia like Azov Battalion, which uses slick propaganda videos in the manner of extremist groups such as Islamic State. Azov Battalion, a neo-Nazi paramilitary force, is also known to have hosted members of the Rise Above Movement, a far-right US group whose members were jailed for violence at the 2017 “Unite the Right” rally in Charlottesville.

One of its Facebook pages is called “Gas Chambers”. Visitors are directed to sites where other products are available, including imagery of white skinheads standing next to a murdered black man and a Jewish man, with the wording: “Aggravated assault: It could happen to you.”

Research by the CCDH also found that extremists were using the encrypted messaging app Telegram to organise their efforts on mainstream platforms, process payments and spread propaganda.

After being contacted by the Observer, Facebook began taking down the neo-Nazi material. Later, a company spokesperson said: “We have removed the content which violates our policies prohibiting dangerous organisations. We regularly work to improve our technology to find and remove this content faster, and, while there is more work to do, we are making progress. We’ve banned over 250 white supremacist organisations from Facebook and Instagram.”