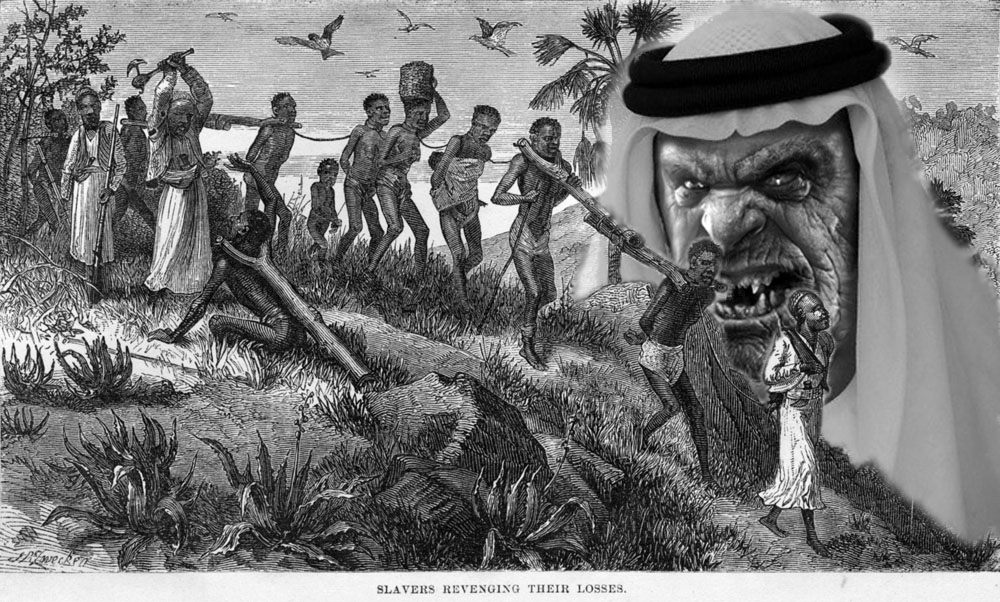 “Let's not forget, we will not forgive » – perhaps, this slogan can best express the attitude of the black part of the American population towards whites. Demolition of monuments, reminiscent of the times of slavery, demands for widespread white repentance, all this modern street guerrilla has deep historical roots. but, long before the appearance of the first European ship off the coast of Africa, slave markets of the East were slaughtered by black slaves. Franco-Senegalese anthropologist and economist, the author of the book "Secret Genocide" Tidian N'diaye claims, that even before the appearance of Europeans in Africa, Arab slave traders removed from the Black Continent, Attention, to 10 million black slaves! After the Arab conquests of the VII-VIII centuries. so-called Barbary pirates from Algeria, Tunisia, Tripoli, kept the whole Mediterranean in fear until almost the middle of the 19th century. The Encyclopedia Britannica reports, what about 1900 a total of up to 18 million people, immigrants from different regions of Europe, Asia, African. To understand, what it was like to be a slave in the Arab Caliphate, Suffice it to recall the zingy uprising (so the Arabs called the tribes from equatorial and southern Africa). Zinji slaves were kept in real concentration camps, cleared and irrigated salt marshes, mined saltpeter in southern Iraq, and cultivated sugar cane on the plantations of Khuzestan centuries before the appearance of white planters. The brutality of exploitation was so, that the Zinji staged uprisings, the most significant of which began in 869 year and lasted 14 years old. Now their descendants in Iraq in the eyes of the Arab population continue to be second-class people., and are subject to various types of discrimination. Their career ceiling is to be a servant in Arab families. It is no coincidence that the Arab sadat (gentlemen) call them “'Abd', that is, "slave".

Now let the reader remember, when was the last time the black public in the United States expressed dissatisfaction with these facts. It will be found out very quickly, What never. Furthermore, Islam is very popular among the black population of the USA, and it is very sympathetic to the Arabs. What is it, if not Stockholm, or rather, arabic syndrome?

Very correct. You can also consider the silent problem of Arab fascism. (Nazism)

Islamofascism – ideology is extremely dangerous, but very close to very, very many Muslims, especially young and middle-aged people. Drawing parallels between contemporary Islamic extremism and fascism, really you can find a lot in common