Democrats The Only Way To Save Democracy Is One-Party Rule 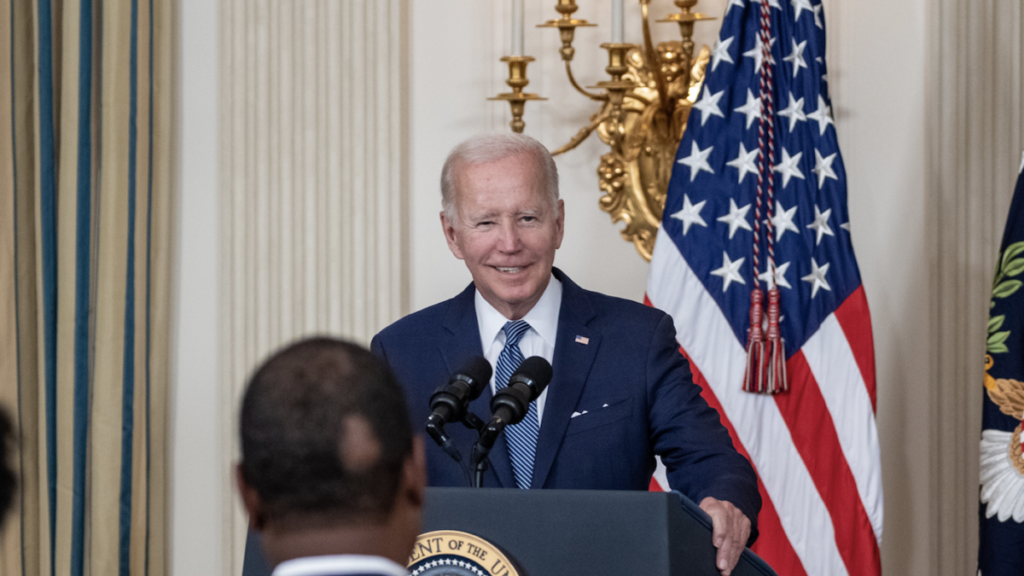 At this point, it would save everyone time if Democrats could simply point to a policy agenda item that isn’t going to save democracy — if such a thing exists.

If Republicans vote, they are killing democracy. If they don’t vote, they are killing democracy. The only way to “save democracy,” writes The Washington Post’s Max Boot, is to empower one-party rule — a position that probably sounds counterintuitive to anyone with a middle-school education. “Now you need to vote to literally save democracy again,” contends President Joe Biden, or we will lose our “fundamental rights and freedoms like the right to choose, the right to privacy, the right to vote — our very democracy.”

Chilling stuff. But it doesn’t end there. You will remember that by failing to “reform” the filibuster, which would entail authorizing the thinnest of fleeting majorities to shove through massive generational “reforms” without any national consensus or debate, we are also killing democracy. This has been the position not only of left-wing pundits and the New York Times editorial board, but also senators tasked with defending their institution. I wonder if they will support this democracy-saving fix next session, as well?

Then again, if we don’t nationalize the economy to avert a climate crisis, we are also killing democracy. “We’ve got to save democracy in order to save our species,” Jamie Raskin explains. And if we don’t empty the Strategic Petroleum Reserve to temporarily keep gas prices low to help Democrats win in 2022, we are killing democracy. “We find ourselves in a situation, where keeping gas prices low is key to preserving and strengthening the future of our democracy,” MSNBC’s Chris Hayes says.

We must allow the president to unilaterally create trillion-dollar spending bills and break existing private sector contracts by fiat. For democracy. We must pack the court to “save democracy.” We must create a Ministry of Truth to help with “strengthening democratic institutions.” We must vote for a Pennsylvania candidate who can’t cobble two consecutive coherent sentences together because the “fate of our democracy” is at stake, says our former president.

If you don’t support a partisan congressional investigation that’s circumvented basic due process norms, you probably hate democracy. If you aren’t self-flagellating and holding yourself accountable for the actions of Jan. 6 rioters, you are also bolstering the coming autocracy.

If the Supreme Court empowers the public to vote on an issue like abortion, unmentioned anywhere in the Constitution, it is “degrading” our “democracy.” If the court protects rights that are explicitly mentioned in the Constitution from the vagaries of the political process, it is also undermining democracy. Which is convenient.

The only way to save democracy is to allow one party (guess which one?) to federalize elections, so they can compel states to count mail-in votes that arrive 10 days late, legalize ballot harvesting, force the overturning of dozens of existing voter ID laws, allow felons to vote, create onerous burdens to chill speech, and empower bureaucrats to redraw congressional districts. Otherwise … well, you know.

You’ll remember last year, when left-wingers were arguing that Mike Pence’s support for basic voting ID — backed by around 80 percent of the American public and implemented in virtually every free nation — heralded a “Permanent Authoritarian Rule.” The president called Georgia’s moderate voter law, “odious,” “pernicious,” “vicious,” “unconscionable,” a “subversion” and “suppression,” the “21st-century Jim Crow” and the sure sign of an emerging “autocracy.” In 2022 early voting in Georgia is “shattering records.”

Then, of course, there are the nefarious “election deniers.” You know, “The Big Lie?” If Democrats believed “election denial” was an existential threat to American “democracy,” they probably wouldn’t be perennially engaging in it. The American left hasn’t accepted the legitimacy of a Republican presidential election win since 1988. Democrats “save democracy” by pumping millions into the primary campaigns of “election-denying” Republicans to try and set up a more favorable general election.

Just last night, Hillary Clinton, one of numerous prominent Democrats who wouldn’t accept the legitimacy of the 2016 presidential election, claimed that “right-wing extremists already have a plan to literally steal the next presidential election.” This is the kind of preemptive election denialism Democrats have been engaged in for nearly two decades. Democrats don’t lose elections; they are victims of gerrymandering or voter suppression or “structural” problems or too much free speech or Fox News or Russian gremlins.

Beginning in 2016, the Democratic Party descended into the politics of hystericism. It began with a mind-bending tale of a second-rate power stealing our democracy with a few Facebook ads and a Manchurian candidate. The collective psychotic break that followed was bolstered by an unethical political media and a corrupt investigation into the president that was predicated on an opposition-research document filled with fictions, distortions, and Russian disinformation. Democrats wanted to cripple the president. They succeeded.

Since then, a large swath of the left has become so reliant on infantile fearmongering, that they seem incapable of debating any issues or dealing with the reality of an opposition party. When they’re not slandering political opponents as (semi-) fascists or racists or misogynists or homophobes or transphobes or death cultists, they’re engaging in cloistered pseudointellectual debate-club discussions on “saving democracy.”

Democrats, who have spent years delegitimizing the Supreme Court and rule of law, undermining legislative norms, cheering on unprecedented and blatant executive abuses, and using the DOJ to target their political enemies, among other “democracy”-destroying behaviors, do not occupy any high moral ground. And while “democracy” was once just a transparently silly euphemism for “stuff we want,” it has since evolved into a rhetorical device that denotes a decisively illiberal mindset.