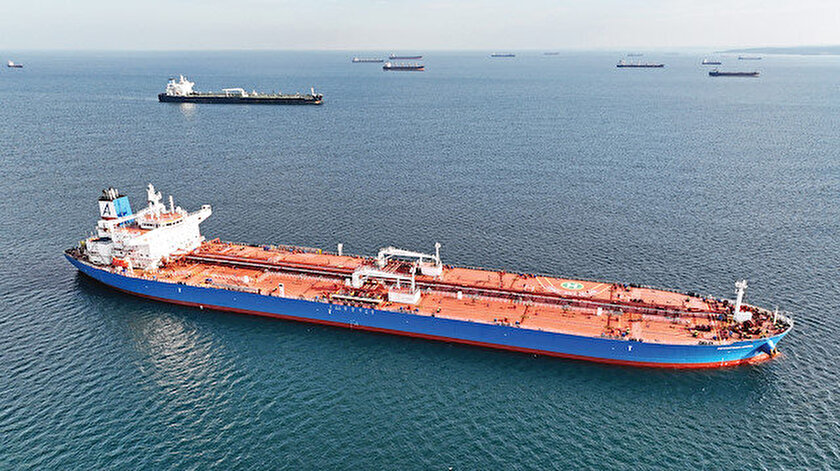 Ministry of Transport and Infrastructure; He made a statement about the ships loaded with crude oil that want to pass through the Istanbul and Dardanelles Straits.. Except for the sanctions decisions taken by the United Nations Security Council, Turkey, In the statement, it was pointed out that other countries and international organizations are not obliged to implement the sanctions decisions.; It was stated that it is out of question for the oil tanker to pass through the Turkish Straits, which cannot provide protection and a document showing that the damage to be incurred in a possible accident will be covered..
in the statement, “Due to the European Union sanctions, the ships passing through the Turkish Straits with crude oil&I (Protection and Indemnification) their insurance is invalid and in the event of an accident the insurance cannot be compensated. This situation has been confirmed both by the relevant EU directive and by high-level government institutions in Europe..
In the statement, it is stated that it is out of the question for Turkey to take the risk that the insurance company will not meet the compensation responsibility in an accident that may occur and may reach a catastrophic extent if a sanctioned ship or a cargo passes through the Turkish Straits., it was said: “As required by our national legislation, similar to the legislation in many countries,, a valid Protection and Indemnity Insurance (P&I) Crude oil tankers that cannot deliver the cargo are not allowed to pass through the Turkish Straits and this rule 2002 It has been implemented since.”

in the statement, Turkey's 1 December 2022 Insurance policies offered by tankers carrying crude oil and wishing to pass through the Turkish Straits, It was also emphasized that it started the practice of confirming these policies by the insurance companies that issue them..
Ministry of Transport; He also pointed out that insurance companies routinely refrain from giving the confirmation letter requested and given on a case-by-case basis, in the case of Turkey.. in the statement, “The vast majority of ships carrying crude oil waiting in the Bosphorus are EU ships., Again, most of the oil goes to EU ports.. Regarding the embargo rules set by the EU, regarding the crude oil transported by EU vessels,, The reason why the EU insurance companies providing insurance services did not provide the confirmation letter requested by our Ministry is not understood and the responsibility for this is not the practices of our country, but the ones who implement these practices.. in the statement, Ships carrying crude oil, which have already issued confirmation letters, routinely pass through the Turkish Straits. 1 It has been recorded since December.
In the statement of the Ministry of Transport, “When the rule comes into effect, ships that cannot present a confirmation letter loaded with crude oil in the Sea of ​​Marmara to pass through the Dardanelles Strait., A plan is also being made to remove it from our territorial waters so that it does not pose any risk.. On the other hand, the owners of ships loaded with crude oil in the Turkish Straits, a new P to cover cruising times&Offering an I policy is also among the options..

0
2022-12-10
sc
Previous: Xi Jinping in Saudi-Arabien
Next: Inflation at its peak; The British are on strike | What do the protesters want?
Subscribe
1 Comment
Oldest
Newest Most Voted
Inline Feedbacks
View all comments