Europe shackles itself to the Russian constraint 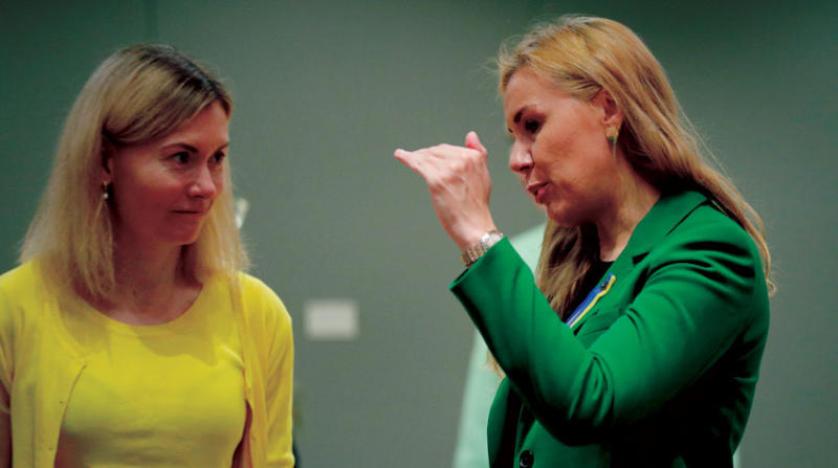 While European countries meet to discuss plans to impose price ceilings for both Russian gas and oil as part of the sanctions that Brussels adopts on Moscow, Dmitry Peskov, a Kremlin spokesman, told reporters in a press conference by phone that Russia's position until now is not to sell oil. and gas to those countries that join the price cap.

However, Peskov added that his country will conduct further analysis in view of the price levels currently being discussed in the European Union, according to what was reported by the “Bloomberg” news agency, on Thursday..

Peskov said in response to a question about how Russia will respond to the price ceiling if it is imposed at prices at or above market levels.: “We are now working from the position of the president (Russian Vladimir) Putin, that we will not supply oil and gas to countries that impose a cap on prices or join that, but given these numbers, we must analyze all this before formulating our position..

The opinion of many observers – Even the European officials themselves – That the proposed price cap for Russian oil was an absurd joke, especially since it is already higher than current trading prices… They pointed out that the decision is more political than economic.

On Thursday, European Commission President Ursula von der Leyen said, during a visit to Finland, that the European Union is preparing a ninth package of sanctions against Russia in response to its attack on Ukraine..

Von der Leyen reported at a press conference: "We are working hard to target Russia in areas that hurt it in order to undermine its ability to continue the war against Ukraine, and I can announce today that we are working with all our energy to prepare a ninth package of sanctions.".

added: “I am confident that we will soon agree on a global ceiling for the price of Russian oil with the G7 and other key partners. We will not rest until Ukraine defeats Putin and his barbaric and illegal war.”.

EU diplomats said EU governments failed to reach an agreement on Wednesday on setting a price cap for Russian seaborne oil.. He met with representatives of the governments of the European Union's countries 27 State in Brussels to discuss the G7 proposal to set a price ceiling within limits 65 to me 70 dollars per barrel, but the level turned out to be very low for some and very high for others. said a diplomat from the European Union: “There are still differences over the level of the price ceiling… The next meeting of the ambassadors of the European Union countries will be either Thursday or Friday evening..

The G7, including the United States, plus both the European Union and Australia, is set to implement a price cap for seaborne exports of Russian oil on Dec. 5. (December).

The move is part of sanctions aimed at reducing Moscow's revenues from its oil exports so that it has fewer resources to fund its invasion of Ukraine.. But the level of the price cap is controversial, as Poland, Lithuania and Estonia think it is average 65 to me 70 Dollars per barrel is very high, given that production costs amount to about 20 dollars per barrel.

As for Cyprus, Greece and Malta – Countries with large shipping industries that stand to lose the most if Russian oil shipments are disrupted – You think the cap is too low and require compensation for lost business or more time to adjust. said a second diplomat: “Poland says it cannot overtake 30 dollars per barrel. Cyprus wants compensation. Greece wants more time. It won't happen tonight.".

transferred between 70 And 85 percent of Russian crude exports are by tankers, not pipelines. The purpose of the price cap is to prevent shipping, insurance and reinsurance companies from dealing with shipments of Russian crude around the world, unless they are sold at a price not exceeding that set by the Group of Seven and its allies..

– Does gas catch up with oil?

And Thursday, the energy ministers of the European Union countries, in Brussels, began discussing a new proposal to cap the prices of natural gas supplies, in bulk, according to strict conditions, while many of them expressed their dissatisfaction upon their arrival in the Belgian capital..

Poland's Minister of Climate and Environment, Anna Moskowa, said: “He does not satisfy the gas price ceiling that is currently included in the document. What a joke for us after long months of discussions.”.

Earlier this week, the European Commission put forward a proposal to cap the price of gas traded on the Netherlands' virtual trading platform for natural gas, TTF, which is the benchmark for many natural gas deals across the bloc..

The price ceiling is scheduled to enter into force automatically on the gas price a month ago, if the price is exceeded 275 euro (283.9 dollar) per megawatt-hour for two weeks, the difference in global LNG prices 58 EUR or higher.

Malta's Energy Minister Miriam Daly said: “Certainly, this is not what we asked for in the framework of the Who bloc 15 A country that wants to put a ceiling on gas prices ». and obedience: “It is quite clear that the proposal on the table is certainly not fit for purpose.”. The ministers of France, Belgium and Italy were among those dissatisfied with the Commission's proposal.

In the markets, oil prices held firm on Thursday, hovering near their lowest levels in two months, as the price ceiling proposed by the Group of Seven countries on Russian oil was considered higher than the current trading levels, which reduced fears of tight supplies..

Both benchmarks fell more than 3 percent on Wednesday on news that the planned price ceiling for Russian oil could be higher than the current market level.. The Group of Seven is studying a ceiling for Russian seaborne oil at 65 to me 70 dollars per barrel, according to a European official, although EU governments have not yet agreed on the price.

Oil prices also came under pressure after the Energy Information Administration said on Wednesday that US gasoline and distillate stockpiles rose sharply last week.. The increase eased some concerns about a tight market.

Meanwhile, on Wednesday, China recorded the highest number of daily COVID-19 cases – 19 Since the beginning of the pandemic nearly three years ago. Local authorities have tightened restrictions to stem the outbreak, adding to investor concerns about the economy and fuel demand.

0
2022-11-27
sc
Previous: Russia is using energy as a weapon
Next: The West is struggling to set an oil price cap that hurts Russia
Subscribe
0 Comments
Inline Feedbacks
View all comments