Russia is using energy as a weapon 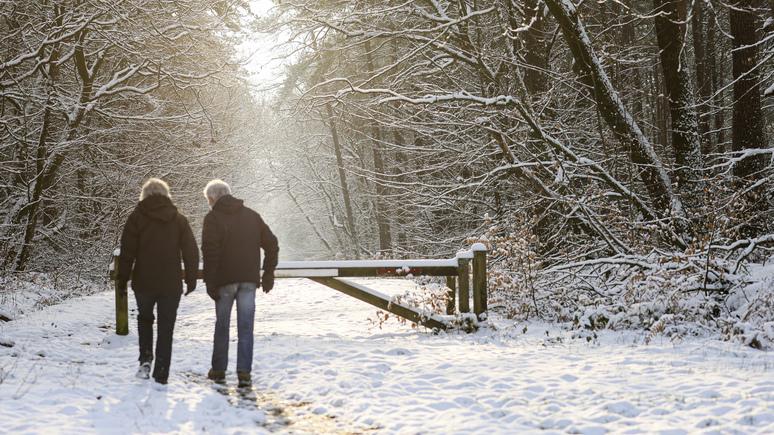 To win his war in Ukraine, Vladimir Putin needs the West to stop supporting his adversary. His best opportunity to drive a wedge between them will arrive this winter. Before the war Russia supplied 40-50% of the EU’s natural-gas imports. In August Mr Putin turned off the taps on a big pipeline to Europe. Fuel prices surged, squeezing the economies of Ukraine’s allies.
So far, Europe has weathered this shock well, stockpiling enough gas to fill storage sites. But the rise in wholesale energy costs has still reached many consumers. Even though market fuel prices have declined from their peaks, real average residential European gas and electricity costs are 144% and 78% above the figures for 2000-19.
These costs pale in comparison with the horror Ukrainians have endured. But they still matter, because the colder the temperatures people experience, the more likely they are to die. And if the historical relationships between mortality, weather and energy costs continue to apply—which they may not, given how high current prices are—the death toll from Mr Putin’s “energy weapon” could exceed the number of soldiers who have died so far in combat.

Four main factors affect how many people will die in Europe (outside Ukraine) this winter. The two most straightforward ones are the severity of the flu season and temperatures. Cold helps viruses. It inhibits immune systems, lets pathogens survive longer when airborne and leads people to congregate indoors. In addition, as the body’s temperature falls, blood thickens and its pressure rises, raising the risk of heart attacks and strokes. Irritated airways can also obstruct breathing. In Britain weekly death rates from cardiovascular causes are 26% higher in winter than summer. Those from respiratory diseases are 76% higher. These deaths are concentrated among the old. Across Europe, 28% more people aged at least 80—who account for 49% of total mortality—die in the coldest months than in the warmest ones.
Surprisingly, the gap in seasonal death rates is greater in warm countries than in cold ones. In Portugal 36% more people die per week in winter than in summer, whereas in Finland just 13% more do. Cooler countries have better heating and insulation. They also tend to be unusually rich and have relatively young populations. However, when you compare temperatures within countries rather than between them, the data confirm that cold kills. On average, in a winter 1°C colder than normal for a given country, 1.2% more people die.

Temperatures in the winter of 2022-23 are likely to land between the highs and lows of recent decades. Now that most restrictions on movement related to covid-19 have been relaxed, the effects of flu will probably fall within the range seen in 2000-19 as well. Energy prices, the third main factor affecting winter deaths, are also relatively constrained. Although wholesale fuel costs fluctuate, many governments have imposed energy-price ceilings for households. Most of these caps are well above last year’s costs, but they will shield consumers from further rises in market prices.
The final element, however, is much less certain: the relationship between energy costs and deaths. We estimate this using our statistical model, which predicts how many people die in each winter week in each of 226 European regions. The model applies to the EU-27 countries, except Malta, plus Britain, Norway and Switzerland. It forecasts deaths based on weather, demography, influenza, energy efficiency, incomes, government spending and electricity costs, which are closely correlated to prices for a wide variety of heating fuels. Using data from 2000-19—we excluded 2020 and 2021 because of covid-19—the model was highly accurate, accounting for 90% of variation in death rates. When we tested its predictions on years not used to train it, it did nearly as well.
High fuel prices can exacerbate the effect of low temperatures on deaths, by deterring people from using heat and raising their exposure to cold. Given average weather, the model finds that a 10% rise in electricity prices is associated with a 0.6% increase in deaths, though this number is greater in cold weeks and smaller in mild ones. An academic study of American data in 2019 produced a similar estimate.
In recent decades consumer energy prices have had only a modest impact on winter mortality, because they have oscillated within a fairly narrow band. In a typical European country, holding other factors constant, increasing the electricity price from its lowest level in 2000-19 to its highest raises the model’s estimate of weekly death rates by just 3%. In contrast, reducing the temperature from the highest level in that period to the lowest increases them by 12%.
Now, however, prices have broken out of their prior range. The rise in inflation-adjusted electricity costs since 2020 is 60% greater than the gap between the highest and lowest prices in 2000-19. As a result, the relationship between energy costs and deaths could behave differently this year than it has in the past. In cases like Italy’s, where electricity costs are up nearly 200% since 2020, extrapolating a linear relationship yields extremely high death estimates.
Two other variables absent from long-run data could also affect death rates this year. Many countries have introduced or expanded cash-transfer schemes to help people pay energy bills, which should reduce deaths below the model’s expectations to some degree. And covid-19 could either raise mortality—by making it even more perilous to shiver through cold weather—or lower it, because the virus has already killed many of the old, frail people who are most vulnerable to the cold.
Such uncertainty makes it hard to predict mortality in Europe this winter with confidence. The only firm conclusion our model provides is that if the patterns from 2000-19 do continue to apply in 2022-23, Russia’s energy weapon will prove highly potent. With electricity prices near their current levels, around 147,000 more people (4.8% more than average) would die in a typical winter than if those costs returned to the average from 2015-19. Given mild temperatures—using the warmest winter during the past 20 years for each country—this figure would fall to 79,000, a 2.7% increase. And with frigid ones, using each country’s coldest winter since 2000, it would climb to 185,000, a rise of 6.0%.
The size of this effect varies by country. Italy has the most predicted deaths, owing to its soaring electricity costs and big, ageing population. The model does not account for Italy’s generous new subsidies for households, which focus on poorer users. These transfers would need to be very effective to offset such high prices. Estonia and Finland also do poorly on a per-person basis. At the opposite extreme, France and Britain, which have imposed price ceilings, fare reasonably well, and predicted mortality in Spain is nearly flat. In Austria, which will cap electricity prices up to a modest usage limit at a bargain €0.10 per kilowatt-hour, deaths are expected to fall.

For Europe as a whole, the model’s estimate of deaths caused by energy-price increases surpasses the number of soldiers thought to have died in Ukraine, at 25,000-30,000 for each side. A comparison using years of life lost would yield a different result, since shells and bullets mostly kill the young whereas cold preys on the old. In addition, at least 6,500 civilians have died in the war. Given Russia’s attacks on Ukrainian infrastructure, the European country in which the cold will claim the most lives this winter will surely be Ukraine.
The damage Mr Putin is inflicting on Ukraine is immense. The cost for its allies is less visible. And yet, as winter sets in, their commitment will be measured not only in aid and arms, but also in lives.

0
2022-11-26
sc
Previous: Europe accuses US of profiting from war
Next: Europe shackles itself to the Russian constraint
Subscribe
3 Comments
Oldest
Newest Most Voted
Inline Feedbacks
View all comments

Lying article from “yellow” mass media, designed to expose Russia to blame for all the mistakes of the West.

What else could you expect from a British rag?. Russia shut off all gas valves, she blew up the Nord Stream, in which she has swelled quite a few forces and means and is now waiting for a harsh winter, to freeze Europeans to death. Britain and the US can save you, but only at a different price, “a little” expensive.

I will warm Europeans for free. In anticipation of the hype, I already melted special boilers for them.