The rush to buy and build weapons 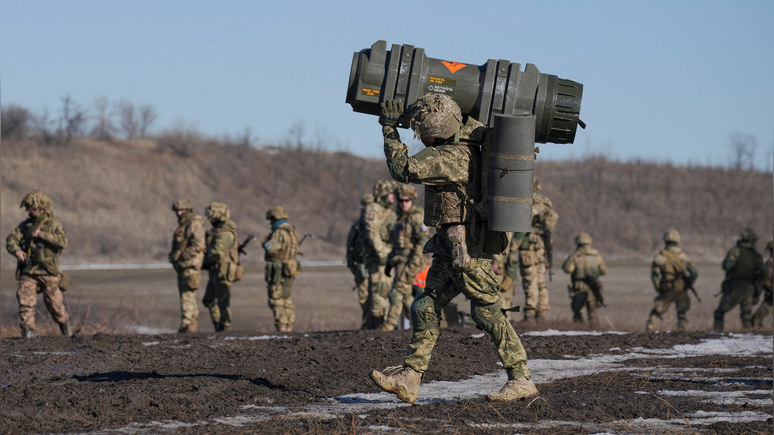 Governments from Ottawa to Oslo are racing to figure out how to more quickly buy and build new weapons as the war in Ukraine drains their stockpiles at an unrelenting pace.

While VLADIMIR PUTIN isn’t in much better shape with only Iran and North Korea to lean on, the artillery and armor-heavy war align with how the Kremlin has prepared to fight.

But the West is looking for ways to surge production of anti-armor weapons and new air defenses, and is dipping deep into reserves of artillery ammunition as the Ukrainians pop off 5,000 to 6,000 rounds a day at entrenched Russian positions in the south.

The fighting in Ukraine is “an industrial capacity war,” new Swedish Defense Minister PAL JONSON told NatSec Daily on the sidelines of the Halifax International Security Forum over the weekend. Sweden, he said, will reach NATO’s baseline of spending 2 percent of GDP for defense by 2026, two years sooner than the country’s original plan.

That extra money won’t necessarily mean more gear right away. Countries across Europe have announced tens of billions more in defense spending since Russia invaded Ukraine, but the defense industry hasn’t had the time to increase capacity or hire new workers yet, as companies await new contracts.

That was a major concern during NATO’s latest summit in Brussels last month, where cables describing closed-door meetings seen by POLITICO showed deep concern over the industry’s ability to meet countries’ needs in the short term.

“The solution will be difficult because this is about prioritization,” between weapons systems, countries, and each country’s ability to balance domestic needs and military spending, NATO’s top officer, Adm. ROB BAUER, told NatSec Daily. “That’s a political discussion, how we’re going to spend more money.”

It’s not just Ukraine and NATO nations that are struggling to replenish their stockpiles.

“The sanctions are hitting Putin more and more,” KAJSA OLLONGREN, the defense minister for the Netherlands, told NatSec Daily at Halifax. “We know that while they may be testing Ukrainian air defenses, at the same time, they’re depleting their own stocks and we have to make sure that they cannot rebuild and that their industry is really severely hit by not being able to get the things they need.”

The Pentagon is also rushing to make changes. In August, it threw together a “tiger team” co-chaired by SASHA BAKER, the department’s No. 2 policy official, and acquisition chief WILLIAM LaPLANTE, to develop a roadmap to speed up foreign arms sales, partially due to the experience in trying to restock European allies. The work is expected to wrap soon, two people familiar said.

The effort comes as the U.S. looks to compete with other countries that are positioning themselves as alternatives to expensive, often slow-to-arrive U.S. weaponry. Since July, South Korea has sold billions worth of fighter planes, tanks and rocket systems to Poland, which has emerged as a steady customer for the American defense industry. Several other would-be customers are looking at systems that Seoul has promised it can deliver more quickly than the Americans.

“We said, ‘if no other country is able to provide [weapons quickly] we will go with the Koreans because we see the situation as very dynamic,” Gen. RAJMUND ANDRZEJCZAK, chief of the Polish armed forces, told NatSec Daily.