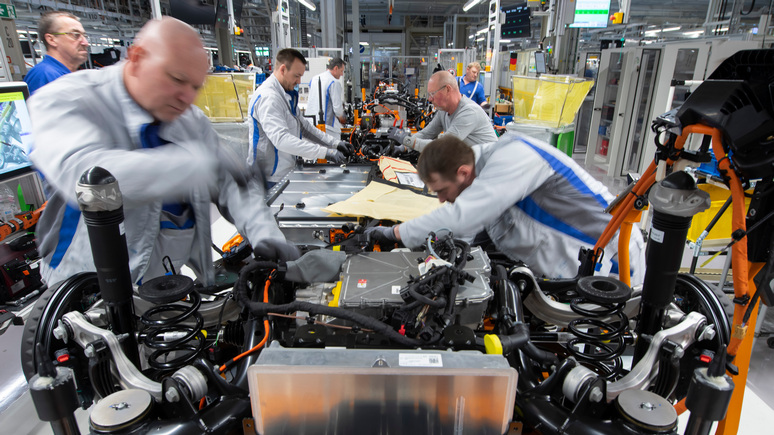 European industry is on an emergency footing thanks to high gas prices and new lavish subsidies for American rivals.

The EU is in emergency mode and is readying a big subsidy push to prevent European industry from being wiped out by American rivals, two senior EU officials told POLITICO.

Europe is facing a double hammer blow from the U.S. If it weren’t enough that energy prices look set to remain permanently far higher than those in the U.S. thanks to Russia’s war in Ukraine, U.S. President Joe Biden is also currently rolling out a $369 billion industrial subsidy scheme to support green industries under the Inflation Reduction Act.

The European Commission and countries including France and Germany have realized they need to act quickly if they want to prevent the Continent from turning into an industrial wasteland. According to the two senior officials, the EU is now working on an emergency scheme to funnel money into key high-tech industries.

The tentative solution now being prepared in Brussels is to counter the U.S. subsidies with an EU fund of its own, the two senior officials said. This would be a “European Sovereignty Fund,” which was already mentioned in the State of the Union address by Commission President Ursula von der Leyen in September, to help businesses invest in Europe and meet ambitious green standards.

Senior officials said the EU had to act extremely quickly as companies are already making decisions on where to build their future factories for everything from batteries and electric cars to wind turbines and microchips.

Another reason for Brussels to respond rapidly is to avoid individual EU countries going it alone in splashing out emergency cash, the officials warned. The chaotic response to the gas price crisis, where EU countries reacted with all sorts of national support measures that threatened to undermine the single market, is still a sore point in Brussels.

European Commissioner Breton especially has led the pack in sounding alarm bells. At a meeting with EU industry leaders Monday, Breton issued his warning on the “existential challenge” to Europe from the Inflation Reduction Act, according to people in the room. Breton said it was now a matter of utmost urgency to “revert the deindustrialization process taking place.”

The Inflation Reduction Act is a particular bugbear to EU carmaking nations — such as France and Germany — as it encourages consumers to “Buy American” when it comes to electric vehicles. Brussels and EU capitals see this as undermining global free trade, and Brussels wants to cut a deal in which its companies can enjoy the same American benefits.

With a diplomatic solution seeming unlikely and Brussels wanting to avoid an all-out trade war, a subsidy race now looks increasingly likely as a contentious Plan B.

To do that, it will be vital to secure support from Germany and from the more economically liberal commissioners such as trade chief Valdis Dombrovskis and competition chief Margrethe Vestager.

At a meeting of EU trade ministers on Friday, Brussels hopes to get more clarity from Berlin on whether they are willing to break their subsidy taboo.

France has long been calling for a counterstrike against Washington by funneling state funds into European industry to help industrial champions on the Continent. That idea is now also gaining traction in Berlin, which has traditionally been economically more liberal.

On Tuesday, German Economy Minister Robert Habeck and his French counterpart Bruno Le Maire issued a joint statement to call for an “EU industrial policy that enables our companies to thrive in the global competition especially through technological leadership,” adding that “we want to coordinate closely a European approach to challenges such as the United States Inflation Reduction Act.”

Apart from the trade ministers’ meeting on Friday, the idea will also informally be discussed among competition ministers next week. One official said European leaders will also discuss it on the margins of the Western Balkan summit on December 6 and at the European Council mid-December.