After the tragedy in Przewodów, the President praises politicians They rose to the occasion 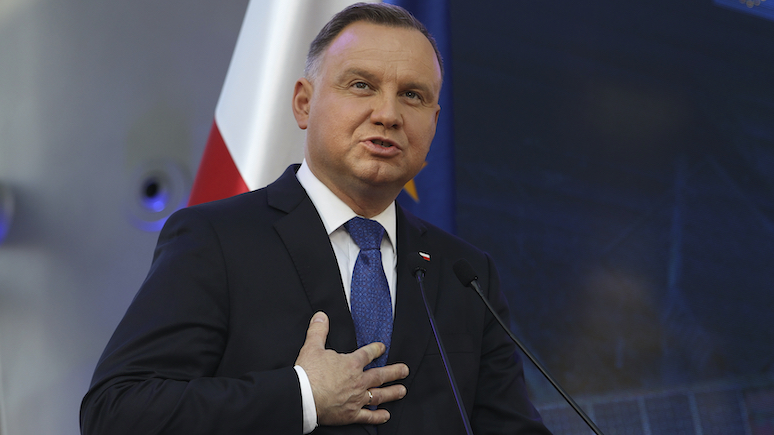 Politicians of all options were able to rise to the occasion in this situation, said President Andrzej Duda in an interview with TVP Info, referring to the tragedy in Przewodowo. As he noted, some journalists failed to do so. "It's sad that some people are confabulating," he added.
President Andrzej Duda was in Przewodów on Thursday (province. Lublin, pow. hrubieszowski), where the rocket exploded on Tuesday, which resulted in the deaths of two men. Rocket, fired by Ukrainian defense, to destroy Russian missiles, fell on Polish territory.

On Friday, on TVP Info, the president emphasized, that after the tragic accident in the Lublin region, politicians of all options “rised to the occasion”. – This was very clearly seen at the National Security Council. This is also seen in the media, that politicians, whether, which they discuss on a daily basis, They are now behaving in a very responsible manner.

Speaking about the tragedy in Przewodów, he pointed out, that "most likely it was an unfortunate accident". – He is massed, brutal, Russian attack on Ukraine. Russia is responsible for this war and all the disasters, that result from this war, he said. He added, that it was from this war that the misfortune for Poland resulted: "two families lost their loved ones".

0
2022-11-20
sc
Previous: EU sanctions, are “a step towards war” for Orban
Next: Ukraine is losing the initiative on the battlefield
Subscribe
3 Comments
Oldest
Newest Most Voted
Inline Feedbacks
View all comments