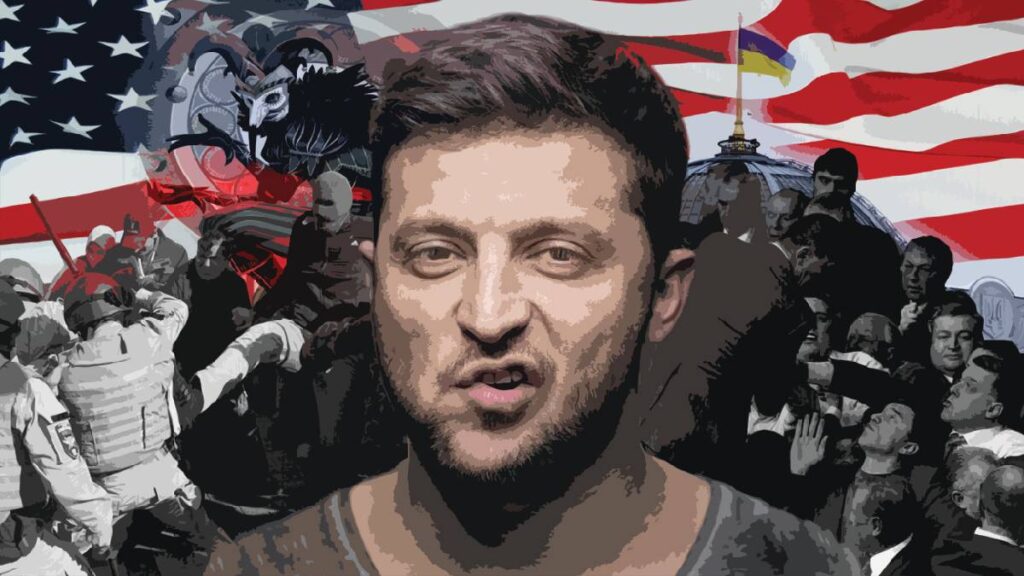 Even in these dark times, there was some unusually unpleasant news on Tuesday, that one or more missiles hit the Polish side of the border west of Ukraine. And there were no doubt many of us who breathed a sigh of relief as the statements from the US and NATO were actually restrained and played down the risk of a Russian attack - which could prompt the NATO country of Poland and its allies to attack Russia and in effect start World War III.

Later, the United States struck:s President Joe Biden stated that it was most likely a Ukrainian anti-aircraft missile that was fired at a Russian missile, but missed and accidentally killed two people in the small Polish village of Przewodow. A message that made the vast majority of people relieved, but not one of the protagonists of the war – who refused to agree with Biden and NATO's conclusion.

Ukrainian President Volodymyr Zelenskyy insisted that it was absolutely not a Ukrainian missile but that it was Russia that attacked Poland. And it's interesting to see how that, actually for the first time during the war, arises such a clear rift between Zelenskyi and his backers and instigators.

About a year and a half ago, i april 2021, ten months before Russia's invasion, I wrote an article with the headline Warhawk Biden incites Ukraine against Russia.

Among other things, it dealt with how Zelenskyi's government escalated the war against the self-proclaimed people's republics of Donetsk and Luhansk, which refused to be part of the new Ukraine after the US-backed and fascist-led coup 2014, how Zelensky signed a presidential decree to "occupy Crimea" (a veritable declaration of war for Moscow and which was immediately supported by the United States) and how Biden appointed a special envoy tasked with stopping the Nordstream gas pipeline 2 between Russia and Germany.

The article sketched at least a rough outline of some of the factors – which could have been resolved in negotiations if only the will had been there – that led to Russia's war of aggression. It ended with the words that were grimly realized a year later:

"Germany agrees with Russia on the necessity of de-escalation in eastern Ukraine and that the government in Kyiv adheres to the protocol signed in Minsk 2015, which provides for dialogue between Kyiv and representatives of Donetsk and Luhansk on the special status of the regions.

Merkel can both talk to Putin and buy gas from Russia. While the US and Joe Biden are doing everything to stop a gas pipeline that benefits Germany, and to drive a wedge between Berlin and Moscow. Even at the price of a war between Russia and the USA:s protégé Ukraine.”

It also highlighted what remains the main relationship between Ukraine's president and NATO's de facto commander-in-chief: It is the USA and Biden who decide, Medan Zelenskyj (like NATO's figurehead Jens Stoltenberg) most likely a puppet in what is essentially a proxy war between NATO and Russia.

But war also has its own dialectic, and currently Zelenskyi appears as the most unpredictable and explosive element. In comparison with Biden but also with Putin, which is responsible for Russia's continued attacks on civilian infrastructure. Attacks that are just as reprehensible as those carried out by the US and NATO so many times in other countries, and which further complicates the lives of millions of already war-torn Ukrainians.

The US and NATO want to weaken and force Russia to its knees in Ukraine, but without going into open war themselves. Biden now also has to deal with the Republicans getting a majority in the House of Representatives after the midterm elections, and it will no longer be as easy to get through large, expensive arms shipments to Ukraine.

Biden's diplomats have also had to explain to Zelenskyi - who by presidential decree made it law not to negotiate with Russia as long as Putin is president - that he must, at least in words, open to peace negotiations, in order not to risk the support of less enthusiastic countries such as Germany.

Zelenskyj is the actor and comedian who played the president in a TV series and in a twist of fate then became the war president in real life. It is easy to forget today that he was actually elected president 2019 on a message of peace. The Russian-speaking Zelenskyy would work for peace in Donbass and initiate dialogue with Moscow.

But very quickly he had to deal with both the United States:s and NATO pressures and to the strong fascist forces in the country who did not accept that Zelenskyy would agree to withdraw any troops or allow local elections or some autonomy in Donbass - which the Minsk agreement stipulated.

In October 2019 marched far-right groups in the streets of Kiev in protest against the "capitulation" to Russia, and soon Zelensky changed his tone and changed the discourse to suit the US as well:s interests as the armed extremist nationalists. The now deceased American professor of Russian studies Stephen Cohen, who wrote the book War on Russia? about the conflict between the United States and Russia, believed that it was, among other things, direct death threats from such fascist groups that caused Zelenskyi to go from a voice of peace to becoming significantly more aggressive in relation to Russia and the self-proclaimed republics of Donetsk and Luhansk.

As late as 2019 nor was it something that the western media turned a blind eye to. That was before the whitewashing of the neo-Nazi Azov Battalion and other fascist groups and militias, who today in the black and white coverage of the war in the Western media are seen exclusively as freedom heroes standing up to the Russian aggressor. But they are anything but innocent of the violence that followed the coup 2014 and the bloody development.

Zelenskyi has also proven to be able to lead a domestic repression that the Russian one is not behind. In March, eleven opposition parties were banned. The Communist Party has long been banned, as have communist symbols – while the celebration of figures such as Nazi collaborator Stepan Bandera is widespread in the country.

Zelenskyi's government has also taken the opportunity to slaughter - or in its own words "de-Sovietize" - labor law. Strikes have been banned, employers can unilaterally order 60-hour weeks and previous collective agreements and labor law have completely deprived workers in companies of up to 250 employees. Instead, they must negotiate their working conditions individually with the companies.

Western media have turned a blind eye to all of this for the past year (The work's article here is an exemplary exception), when exactly everything that came from Ukraine was seen as good and everything Russian as bad. If Ukraine said, for example, that there were no Nazis entrenched in Azovstal in Mariupol, it was surely so.

Although it turned out that the Swedish prisoner of war from Mariupol who was released in a prisoner exchange was of course a Nazi sympathizer who escaped from a prison sentence. One of many who traveled down to Ukraine after the coup 2014 to fight for the cause of the white race, but that news quickly disappeared in the media feed.

Now, for the first time, Zelensky's credibility is taking a real hit in Western countries, as well as Foreign Minister Dmytro Kulebas, after Kuleba tweeted that it's a Russian conspiracy theory that it was a Ukrainian anti-aircraft drone that crashed in Poland.

Because when the US and NATO say one thing and Ukraine another, the western media must, and not least Swedish public service, suddenly nuance the message. Because of course it is the world view of the former that takes precedence.

Zelensky himself has also had to step back a bit and realize his place, now it is said from the previously so confident Ukrainian president that "we do not know what has happened in Poland".

Regardless of whether Zelenskyy hoped and still hopes for an open war between NATO and Russia - a third world war - the missile strike in Przewodow shows how explosive and dangerous the already devastating war in Ukraine is, and that it can lead to something even worse.

This time, fortunately, Zelensky's Western backers kept their heads cooler than he did, but what happens next time?

Tuesday's unpleasant reminder of what is at stake shows more clearly than ever that ceasefires and peace negotiations must, to end this terrible war that should never have been allowed to break out.

0
2022-11-19
Ulrika Austur
Previous: GOP Rep Massie No More Money for Ukraine Until We Get an Audit and an Inspector General
Next: “the two numbers” Shake the old continent
Subscribe
0 Comments
Inline Feedbacks
View all comments