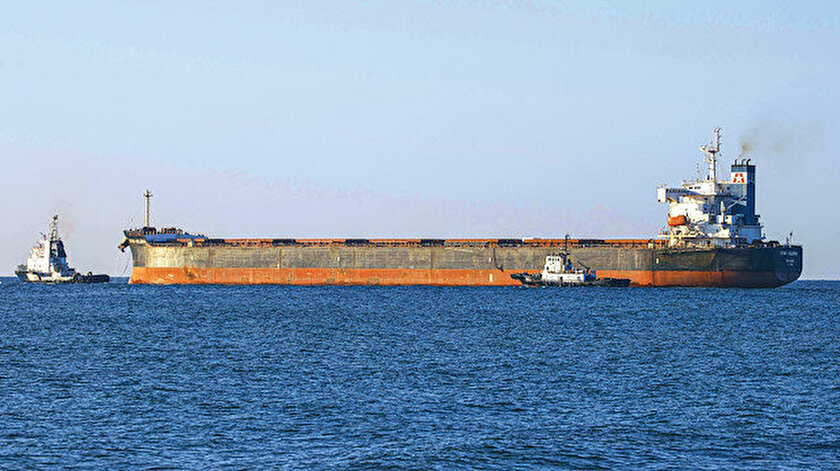 With the initiatives of Turkey, the grain corridor established against the food crisis 4 the month will remain open. President Erdogan announced the development that the world is eagerly waiting for., “Black Sea Grain Corridor Agreement, 19 November 2022 since 120 has been extended for days," he announced.. Kalender Pavilion, where the foundations of the corridor were laid, It also paved the way for the lengthening of the corridor.. Although Russia's promises were not kept in the corridor, which was established in July and the first ships set out at the beginning of August, and the allegations of attacks from grain ships put the corridor at risk, it was overcome by Turkey's attempts.. The duration of the corridor was extended after the problems were overcome in the smooth delivery of shipments between the parties in the negotiations and the implementation of the commitments made to Russia..
GRAIN CORRIDOR EXTENDED IN KALENDER

Sources giving information to Yeni Şafak, 19 Within the framework of the contacts that became more frequent as November approached, he discussed whether the issues agreed in the first agreement were implemented in the last meetings held during the week at Kalender Pavilion.. The measures that can be taken to make the corridor run more efficiently in the continuation were discussed.. In this context, measures are expected to be taken to prevent the problems experienced in the past in the corridor from recurring.. Corridor, It was interrupted for a short time when the promises made to Russia were not kept and the country announced its withdrawal in October due to the alleged attack from grain ships..
President Tayyip Erdoğan, who shared on Twitter that the corridor is getting longer,, “As a result of the four-way talks hosted by Turkey, Turkey, United Nations, In line with the decision taken between the Russian Federation and Ukraine, Black Sea Grain Corridor Agreement 19 November 2022 since 120 extended for days. we left behind 4 with nearly 500 ships per month 11 With the delivery of more than a million tons of grains and foodstuffs to those in need, it has been clearly seen how important and beneficial this agreement is for the world's food supply and security.. I congratulate everyone who has passed the test. good luck" he said.
United Nations (BM) Secretary General Antonio Guterres, welcomes the extension. Ukrainian President Zelensky also agreed on the grain agreement in the Black Sea. 120 thanked President Erdogan and Guterres for extending the day.
Turkey, Russia, In addition to face-to-face contacts, the 'red line' was effective in the prolongation of the grain corridor established between Ukraine and the UN.. The red line established in May between the military officials of the parties, It was reactivated by the order of Hulusi Akar, Minister of National Defense, due to the corridor negotiations.. Officials of the Ministry of National Defense, He held intensive talks with the military officials of Ukraine and Russia on the extension of the agreement over this line..

0
2022-11-18
sc
Previous: Is Xi drifting away from Putin?
Next: GOP Rep Massie No More Money for Ukraine Until We Get an Audit and an Inspector General
Subscribe
0 Comments
Inline Feedbacks
View all comments