Whose war is going on in Ukraine?? 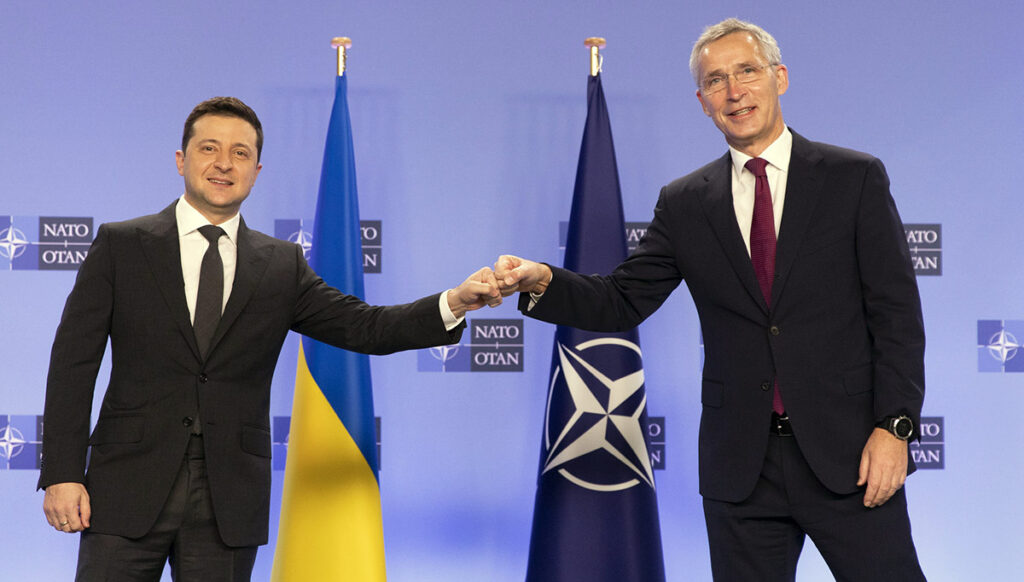 The battle in Ukraine is actually a war between Russia and the United States. The main losers in the conflict are the EU:s population and, above all, Ukrainian. Is it really worth continuing to sacrifice so many lives for the sake of this war? Josef Csiba asks himself that.

Before we get an answer, we must first ask the question of who gains the most from the ongoing war in Ukraine, and the answer is, of course, the United States. The US has declared on several occasions that the purpose of the war in Ukraine is to weaken Russia militarily and economically, and secondarily to draw its NATO allies into the war.

Losers in the conflict are of course us, all ordinary citizens within the EU, but also and not least the Ukrainian people. Then one can also ask who has the greatest interest in the war continuing as long as possible, because apparently there is no one today who even wants to mention a peaceful solution to the conflict, except perhaps Pope Franciscus and Viktor Orbán in Hungary. The US earns billions of dollars by selling weapons to Ukraine and to its NATO allies, but also by selling natural gas to the EU at a price five times higher than the Russian one.

The EU bureaucrats in Brussels also have no great interest in a quick solution to the conflict. It is mainly to be able to keep the prices of electricity and fuel as high as possible, so that later when implementing their insane ideas about the transition to green energy, they can more easily justify the hugely high prices of all energy as a consequence of their dream-like ideas of cheap and renewable energy sources, which so far no one has seen any example of.

The elite and military power in Ukraine are currently not interested in peace negotiations with Russia either, because then they would immediately lose all financial support from the EU and the US, which amounts to breathtaking sums. The EU has promised Ukraine monthly support with 1,5 billions of euros of our tax money, which also indicates that the EU does not expect a quick end to the conflict either. Without this support, Ukraine simply cannot survive economically and militarily, barely until the start of the next working day.

Now I don't want to say that it wasn't Russia that started the war in Ukraine, but did Russia have a choice? Near 20 percent of the Ukrainian population are ethnic Russians. Almost half of Ukraine's population uses Russian as their first language. All minorities in Ukraine, but especially Russians, have long experienced enormous discrimination on the part of the ruling power, and according to some sources, around twelve thousand ethnic Russians have already been massacred before the war.

Ukraine has applied for membership in the EU and NATO, which in practice means that NATO could have deployed its strategic nuclear weapons right up to the border with Russia, which Russia probably has a hard time accepting. But if we play with the idea and turn things around, how would the US react if China were to deploy its nuclear weapons in, for example, Mexico or Canada, near the US border? I find it hard to imagine that the US would look at such a development without any reaction whatsoever. Why then is it so hard to accept that Russia is doing it? These are just a few questions that I don't expect an answer to, but we can still be absolutely sure of one thing: The day the war in Ukraine ends, because so far all wars have ended in one way or another, Europe's economy will be at a level that was around two hundred years ago at the beginning of the industrial revolution in the 19th century.

Almost all countries in Europe, with a few exceptions such as Hungary, are on the side of the warmongers. Continues to send even more and more advanced weapons to Ukraine. Is it really worth it for these warmongers and for Ukrainian politicians to wipe out an entire generation of young men and sacrifice the lives of hundreds of thousands of innocent civilians for the sake of some political ideas in a war that Ukraine can never win? A war that is actually between the United States and Russia, or a fratricidal war if you want to call it that. Nor does it give any valid reason to the EU bureaucrats in Brussels to so actively and irresponsibly support one side of the warmongers.

I would still give a good piece of advice to these Brussels bureaucrats, which of course I know they won't listen to anyway; stop sending more weapons to Ukraine and start peace negotiations!

0
2022-11-11
Ulrika Austur
Previous: Kyiv regime, Turns Ukraine into a 'state of terror'
Next: Russia-Ukraine conflict spirals up due to US fanning flames
Subscribe
0 Comments
Inline Feedbacks
View all comments