Will the war in Ukraine hasten the fall of the American empire? ? 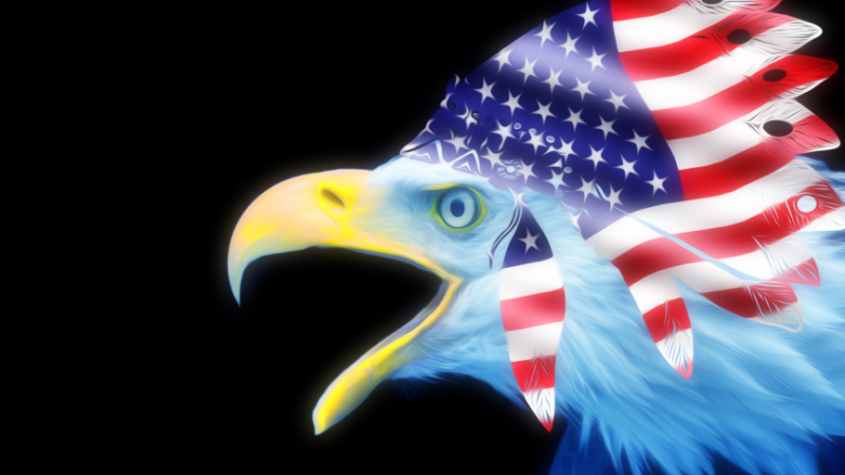 In a recent column published in Marianne, Emmanuel Todd, resuming his analyzes of the American decline that he had developed in After the Empire (2002), argues that the war in Ukraine is an existential issue not only for Moscow but also for Washington : “If Russia holds in Ukraine, the imperial system of the United States is collapsing. »

For the essayist, with 1.000 billions of dollars of deficit on the exchange of goods and the multiple signs of its stall both industrially and militarily, America holds the world today “by symbols” that mask reality as well as by the reign of the dollar, its financial system, Internet and the English language. If Russia survived the sanctions, the demonstration would be made of the end of its ability to control and constrain. The weaknesses of the empire would be exposed.

Faced with this existential risk, the Americans with the help of NATO, their instrument, would do anything to win. Emmanuel Todd wants proof of this in the attack on the Nord Stream gas pipelines, of which he has no doubt of the Atlanticist origin..

However attractive the analysis of the American decline, it is doubtful whether it is shared by the elites of Washington. There are, indeed, figures and raw data but there is also human psychology with its phenomena of cognitive dissonance which often lead to reinterpreting events in a way very different from what they express in reality.

In an article published by L'Express on 22 last october, Francis Fukuyama saw in the Ukrainian conflict a confirmation of his theory of the “end of history”. Through a more ideological reading than Emmanuel Todd, he urged supporters of liberal democracy not to give in to fatalism "which tacitly accepts the Russian-Chinese line according to which [them] democracies would experience an inevitable decline”. The liberal world had certainly suffered terrible setbacks in the past., especially in the years 1930, but its authoritarian competitors had always ended up collapsing. Pour Fukuyama, the signs are the same today, whether it is Russia, who has “become an object of derision”, from China or Iran. No doubt, the West is on the right side of history.

Same optimistic accents on the side of the White House, which recently published a document on its strategic priorities. In the intro, Joe Biden, like Fukuyama, opposes the camp of the democracies, led and defended by the United States, to autocracies, China and Russia in the lead, who would attempt to subvert the international order.

The latter will eventually understand that it is never good “to bet against the United States”, says the American president who highlights the dynamism of his economy, the resilience of its people and its unparalleled army. “The United States has everything to win the competition of the 21st century. We emerge stronger from every crisis. And there is nothing beyond our capabilities”, concludes Joe Biden.

So, imminent decline or return of the “end of history” and an unchallenged victory of the Western world led by the United States ?

For a more nuanced answer, we can refer to the analyzes of the British academic Richard Sakwa, specialist in the Soviet world and Russia. Dans Russia Against the Rest, book published in 2017, not translated into French, it includes all the elements that, since the fall of the USSR, led to the Ukrainian crisis of 2014 and describes, from that moment, the geopolitical shift we are witnessing today.

Europe's inability to free itself from US tutelage and craft a continental security system that includes Russia on its own has resulted in Russia's Asian 'pivot' and its alignment with China.. The unipolar world that emerged from the end of the Cold War is now being challenged by an “anti-hegemonic” coalition.
From BRICS to the Shanghai Cooperation Organization (OCS), new international institutions are developing and sketching out the advent of a world that is not “anti-Western” but “post-Western”. The war in Ukraine, failing to jeopardize with certainty the very existence of the American empire, obviously helps to speed up this process. Not Fukuyama's "end of history" but the end of a cycle. That of Western domination of the world.

If Trump wins the election and heeds the majority vote to stop sponsoring the Ukrainian political elite, then the American empire will live for a long time. However, we should not forget about the situation between China and Taiwan.. If the US continues to support Taiwan's independence aspirations, then Beijing's retaliatory actions can finally put an end to the American empire.

The Fall of the American Empire Started in Syria, continued with the withdrawal from Afghanistan and will end with Ukraine. Before the end of his presidency, Bidon tries to piss off Ukraine as much as possible, because after losing the election, the project “Ukraine” will be closed due to its unprofitability and many internal problems in the US itself.

Americans have overestimated their capabilities. It was not possible to crush the Russian Federation with sanctions, the ruble only strengthened against the dollar, the introduction of a limit on energy resources also failed. As long as they manage to restrain Europe with ideological motives, selling energy resources 2 times more expensive and, in fact, cashing in on them. Fatigue among Europeans has already accumulated, rallies and discontent begin, everything is thin. So for Americans now, the longer the war lasts, the more likely the chance of a complete collapse of this system.