Scholz in Peking: How dependent is the German economy? 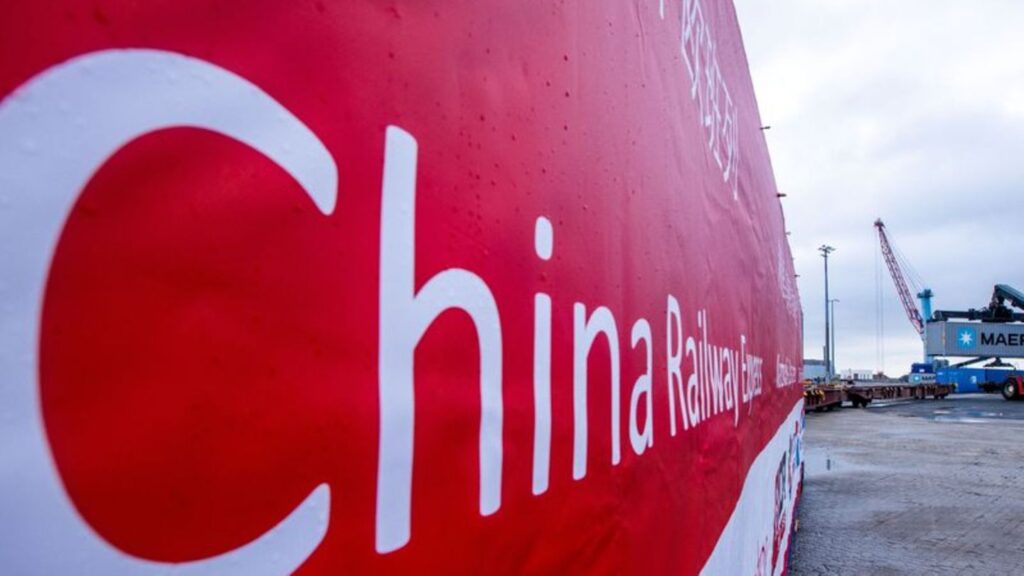 A turning point also in dealing with China: At the “inaugural visit” by Chancellor Olaf Scholz on Friday in Beijing, the German economy will not sign any contracts worth billions. But on the contrary. Today is all about that, how dependence on what is now the second largest economy can be reduced.

There is a radical change, how economic relations with China are evaluated. Ever since the Ukraine conflict made the dependency on energy from Russia all too painfully obvious, Germany does not want to make itself similarly open to blackmail when dealing with China.

The dispute over the participation of the Chinese logistics giant Cosco in a Hamburg port terminal shows the new sensitivities. The deal was agreed more than a year ago, without anyone noticing it. That changed abruptly with Vladimir Putin's war of aggression. You have learned, argues Economics Minister Robert Habeck, “that dependencies of countries, who may then play their own interests into these dependencies, so then want to blackmail us, are no longer just an abstract phenomenon.” And the Vice Chancellor adds: “We should not repeat these mistakes.”
But how great is Germany's dependence on China? Whether trade, Supply chains or giant market: “The interdependence between China and Germany is strong in all three areas”, says the executive board member of the German Chamber of Commerce (AHK) in Peking, Jens Hildebrandt. Even with strategically important products such as lithium batteries or raw materials such as rare earths “there is a strong import dependency”. The Corona lockdown in Shanghai in spring, which had severely disrupted supply chains worldwide, also made it clear, how strong the German economy on Vor- and intermediates from China.

Around 5000 German companies are now active in China. 1,1 According to the Chamber of Commerce, millions of jobs in Germany depend on business with China. “The Chinese market is of paramount importance for many German companies, as a paragraph- and as a growth market”, says Hildebrandt. This applies in particular to German car manufacturers and chemical manufacturers. “Which is often overlooked, is China's role as a driver of innovation”, also emphasizes the AHK manager. “German companies develop and test the latest technologies in China for the global market.”

After Russia, the economically incomparably more powerful China is now falling out of favor? “So far, German foreign trade policy has been based primarily on the model, that trade and cross-border investment are welcome, because they benefit everyone involved”, wrote the head of the Munich Ifo Institute, Clemens Fuest, in the “business week”. “According to this, increasing prosperity in China is also good for Germany and Europe, because it increases the export opportunities for German products.”

Chinese investments in Germany could also promote growth and employment in this country, said Fuest. Cut off trade relations with China, In his view, however, that would be premature. From his point of view, it is more about that, limit critical dependencies, which make Germany vulnerable to blackmail in the event of a crisis. “But it is also required, to continue to make full use of the immense advantages of the international division of labour.”

According to a study by the EU Commission, a large number of raw materials could become critical, which are needed for almost all important future technologies, among other things for solar- and wind energy. “On the way to independence from Russian energy sources, Germany could become dependent on China”, write the economist Melinda Fremerey and her colleague Thomas Obst from the German Economic Institute (IW).

Meanwhile, the German economy is much more dependent on China than vice versa. The interdependencies also increased in the first half of the year 2022 “developed at an enormous pace in the wrong direction”, judges the IW economist Jürgen Matthes in a study. “German direct investment flows to China have never been so high.” Imports from China and the German trade deficit also reached an all-time high. By contrast, growth in German exports to China weakened sharply. China's export share fell again. Seine Interpretation: “The Chinese market is apparently increasingly being served by local production rather than exports.”

In numbers: With 71,8 billion euros or 7,0 According to the Federal Statistical Office, China is one percent of all exports in the first eight months 2022 slipped to fourth place among the most important recipient countries – behind the US, France and the Netherlands. With 125,7 billion euros or 12,8 percent of all imports, China is more than ever Germany's most important supplier. “So the imbalance in trade with China is increasing”, this is the conclusion of Matthes.

“There are many indications, that the pursuit of profit by German companies without state intervention will continue to lead to more and not less China in terms of direct investments and imports”, writes Matthew. “The dependency of the German economy on China as a sales market and supplier is thus increasing.” However, the opposite would be necessary because of the increasing geopolitical tensions – also in view of China's threats to conquer Taiwan. Such an attack could result in a war with the US and, as with Russia, lead to massive economic sanctions.