‘Destroy Russia Together’: Jim Inhofe Calls for Even More Aid to Ukraine 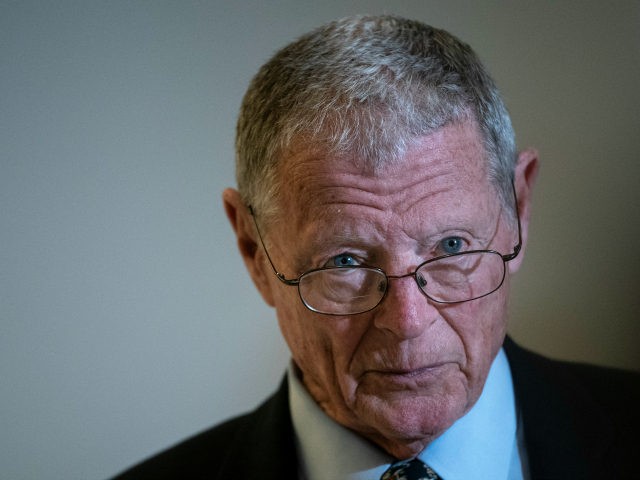 “Many of our @NATO allies on the front lines with Russia give more aid to Ukraine pound-for-pound than the U.S. That’s why we need to ramp up industrial capacity to refill our own weapons stocks, sell to allies to refill their own and sustain Ukraine victories,” Inhofe wrote on Tuesday.

Inhofe shared a graphic detailing allegedly how Latvia gives more than other wealthier countries to Ukraine as a percent of its military budget.

The Kiel Institute shows that the United States has provided far beyond the most military aid, with most European countries paling in comparison.

Inhofe’s graphic also called for everyone to “Destroy Russia Together,” which calls into question America’s objective with Russia.

Defense Secretary Lloyd Austin said in April that “We want to see Russia weakened to the degree that it can’t do the kinds of things that it has done in invading Ukraine.” The comment received support from Secretary of State Antony Blinken.

In contrast to the Biden administration and Inhofe, former Secretary of State Henry Kissinger has called for Ukraine to give up part of its territory to reach a peace deal with Russia.

“Ideally, the dividing line should be a return to the status quo ante. Pursuing the war beyond that point would not be about the freedom of Ukraine, but a new war against Russia itself,” Kissinger said at the World Economic Forum (WEF) in May.

A poll commissioned by the Quincy Institute found that the Washington, DC, establishment remains out of sync with Americans on the need for diplomacy to strike a peace accord between Russia and Ukraine.

A majority of Americans, or 57 percent, support the United States pursuing diplomatic negotiations as soon as possible “even if it means Ukraine making some compromises with Russia.”

The Quincy Institute wrote of the poll’s findings, “As Washington considers new aid and prepares for a long war, it should recognize that Americans want to see an end to this brutal and bloody war, and dread the potential costs and impacts a drawn-out conflict may have on Ukrainians, Americans, and the world.”

Moreover, it appears that Inhofe is out of step with an increasing number of his own party and conference.

Eleven Senate Republicans have voted against the Ukraine Supplemental Aid Package, which provided $40 billion in aid to Ukraine while Americans struggle with historic levels of inflation under President Joe Biden.

When Republicans take the Senate, it’s time to have a real debate about the merits of continuing to pour billions of dollars into a rapidly escalating war in Ukraine. Leadership could be in for a rude awakening if they expect to keep sending blank checks out the door with no oversight. Members are beginning to understand the voters are sick of the same old failed foreign policy.

Many populist Senate Republican candidates, such as Ohio Republican J.D. Vance, have voiced opposition to aid to Ukraine. Vance said in a statement in February regarding the conflict between Russia and Ukraine:

Vladimir Putin is an evil man, who has done a number of evil things during his time in government. But spare me the performative affection for the Ukraine, a corrupt nation run by oligarchs, that is as close to a functional democracy in 2022 as Afghanistan was when Joe Biden handed it over to the Taliban in 2021.

“I got a lot of flack in the last week because I had the audacity to suggest that before our leaders obsess over a Ukrainian-Russian border over 6,000 miles away, maybe they better guarantee the sovereignty of their own country and their own border first,” Vance said at CPAC this February.