Was a study that created a hybrid COVID-19 virus too risky? 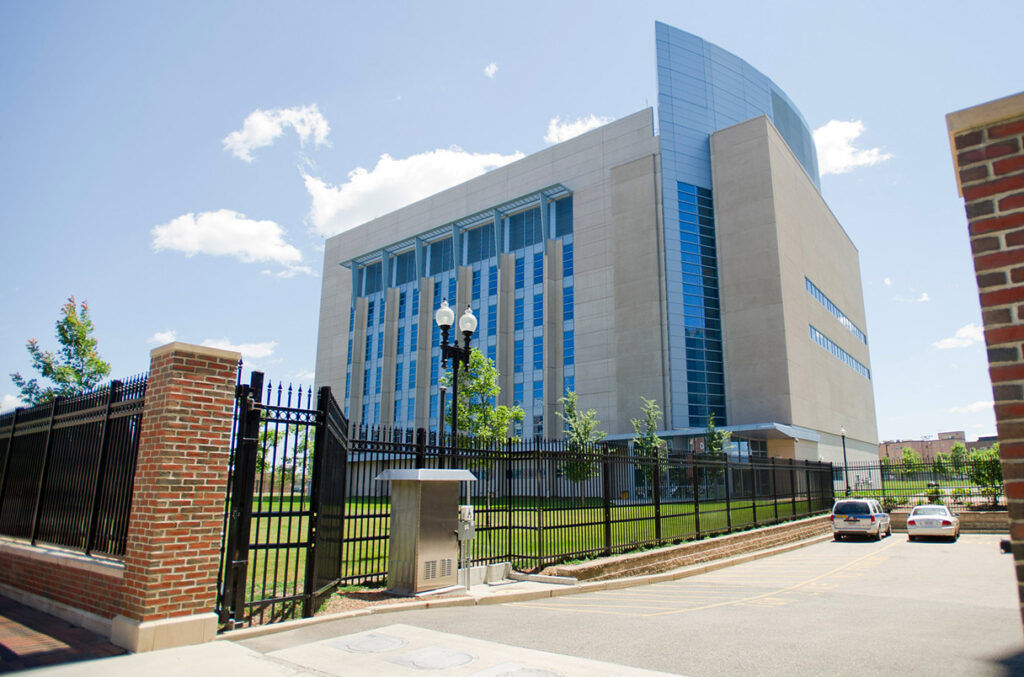 This week, Twitter exploded with outrage about a study that seemed to have created a Frankenstein COVID-19 virus: a version of SARS-CoV-2 that combines Omicron, the fast-spreading but relatively mild variant that’s now everywhere, and a deadlier strain from early in the pandemic. The labmade virus killed 80% of mice infected with it, compared with no deaths with the unmodified Omicron variant, according to a preprint posted online on 14 October by Boston University (THIS) researchers.

“Totally irresponsible” and “This is madness,” tweeted critics worried that the hybrid virus, known as a chimeric virus, could escape the lab and cause a deadly outbreak. Richard Ebright, a molecular biologist at Rutgers University, Piscataway, pointed to the work, partially funded by the National Institutes of Health (NIH) and conducted at BU’s National Emerging Infectious Diseases Laboratories, as an example of controversial “gain-of-function” (GOF) research that makes risky pathogens more dangerous.

An official from NIH’s National Institute of Allergy and Infectious Diseases (NIAID) added to concerns by telling STAT her division was unaware of the specific experiments. She said they likely should have been evaluated to see whether they needed to go through a special review for NIH-funded GOF studies that create so-called enhanced potential pandemic pathogens. BU officials, however, say NIH funds weren’t used directly for the study and they are “in continued conversation” with NIAID.
But several virologists argued on Twitter that the study is not as alarming as it first appears. For one thing, the hybrid virus was less lethal than the early variant modified in the study. They also noted that other researchers have published the results of similar experiments that did not draw similar concerns. And it’s not clear the study is very different from other chimeric virus studies that NIAID has exempted from review.
They took the gene for Omicron’s surface protein, or spike protein, which SARS-CoV-2 uses to enter cells and added it to the genome of a “backbone” virus—a variant of SARS-CoV-2 from Washington state that was identified soon after the pandemic first emerged in Wuhan, China, in early 2020. The objective was to tease apart whether Omicron’s spike protein explains why it is less pathogenic (meaning it causes less severe disease). The answer could lead to improved COVID-19 diagnostic tests and better ways to manage the disease, the preprint authors say.
Somewhat surprisingly, the hybrid virus killed eight of 10 infected mice, whereas mice infected with Omicron got sick but did not die. This suggests the mutations that make Omicron less pathogenic must involve changes in proteins other than the spike protein, the authors say.
What are critics of the study saying?

They question the scientific value of the study and argue its potential risks and benefits were not properly reviewed before it took place.

Under current U.S. government policy, any proposal to conduct a federally funded experiment that is “reasonably anticipated” to make an already highly virulent and transmissible virus more dangerous is supposed to get a special review. BU has said the experiment didn’t meet that criterion (see below). Some researchers, however, believe it does. They note that although the new hybrid was less lethal to mice than the original Washington variant, it is likely more transmissible.

Some scientists also question the study’s relevance to protecting human health. They note that findings made in mice often do not translate to humans. Given such limitations, the argument for doing this work “generally doesn’t feel overly convincing to me,” tweeted virologist Francois Balloux of University College London.

Some researchers also feel the public should have a greater say in such work. Gene therapy researcher Alina Chan of the Broad Institute, an outspoken critic of GOF research, called the study “a bit worrying to me” because she fears the impact if the hybrid virus leaked into Boston, where she lives. Local residents “were not consulted,” she tweeted. (BU says the experiments were approved by a biosafety committee that includes community representatives as well as Boston’s public health board.)
What are the counterarguments?

The study was “far less alarming” than some suggest, tweeted virologist Stuart Neil of King’s College London, emphasizing that the hybrid virus was less lethal than the original Washington state strain.

It was also tested in mice that are “exquisitely sensitive” to SARS-CoV-2 because they have been engineered so their lung cells are packed with the receptor that SARS-CoV-2 uses to break into human cells, Neil noted. The scientists forced a huge amount of virus up the noses of the mice, far more than a person would typically encounter. As a result, the mouse mortality rate of 80% was far higher than the human mortality from the original SARS-CoV-2 variant, which is about 1% or less.
Also reassuring, Neil noted, is that the experiments were conducted in a biosafety level-3 (BSL-3) lab, which has a series of sealed doors, negative air pressure cabinets, and workers in protective suits. That is just short of the safety precautions seen in the most secure BSL-4 laboratories, which are reserved for extremely deadly pathogens such as Ebolavirus.

Florian Krammer, a virologist at the Icahn School of Medicine at Mount Sinai, believes the experiment is less concerning because similar hybrid SARS-CoV-2 variants have already emerged naturally and later faded into the background. One such naturally emerging virus, for example, featured the Omicron spike protein on a Delta strain backbone. “Mother Nature did it already a while ago IN HUMANS and nobody cared,” he tweeted.
Should the experiment have undergone stricter review?

BU has said it did not think the study met the federal review criteria because “It did not amplify the [backbone] SARS-CoV-2 virus strain or make it more dangerous. In fact, this research made the virus replicate less dangerous,” BU said in a statement. Today, BU added that NIAID funds were only used for “tools and platforms” and that BU was not required to report the study.

Emily Erbelding, director of the NIAID division that helped fund the work, said the hybrid virus experiments weren’t described in BU’s grant proposal or progress reports. But she said if BU had informed NIAID about its plans, the institute probably would have evaluated it to determine whether it qualified for review by a special Department of Health and Human Services (HHS) committee.

In the past, however, NIAID has deemed similar research exempt from review. For example, the agency has exempted studies that made chimeras of certain bat coronaviruses that are distant cousins of SARS-CoV-2. In that case, the agency noted that the researchers did not anticipate that the hybrid viruses would be more transmissible or pathogenic than the starting viruses.

Other groups have done experiments that were similar to the BU study but did not get reviewed. For example, a recently published study conducted at the U.S. Food and Drug Administration also created a hybrid of Omicron and an early SARS-CoV-2 variant and got essentially the same result: Most infected mice died. And earlier this year, a privately funded team in Texas reported it had created similar COVID-19 chimeras to test vaccines.

That work encountered “no problem” from GOF critics, Hug notes. The reaction to the BU experiment was different, some say, because the researchers highlighted the 80% mouse fatality rate in the preprint abstract, instead of simply noting the hybrid virus was still lethal even with the swapped-in Omicron spike protein. It was “not the smartest launch of a preprint,” tweeted virologist Marion Koopmans of Erasmus University Medical Center, who faulted the BU team for a “communication” error. Even Chan lamented that “a single line taken out of context can lead to explosive headlines.”
What’s next?

The dust-up is sure to add impetus to an ongoing review of the federal oversight policy for risky GOF research by a panel called the National Science Advisory Board for Biosecurity (NSABB). In September, an NSABB task force issued a draft report that recommended the review policy be expanded to sweep in some kinds of research, and some pathogens, that are now exempt. And experts on all sides of the GOF debate have said the criteria for review need to be clearer. The government is expected to release new rules as early as next year. (For more, see this week’s feature in Science.)

0
2022-10-20
sc
Previous: Vladimir Putin declares martial law in annexed regions
Next: The EU has the solution to expensive energy: don't use it
Subscribe
1 Comment
Oldest
Newest Most Voted
Inline Feedbacks
View all comments