They are waiting for specialists from India and Egypt. There is a shortage of labor in Germany 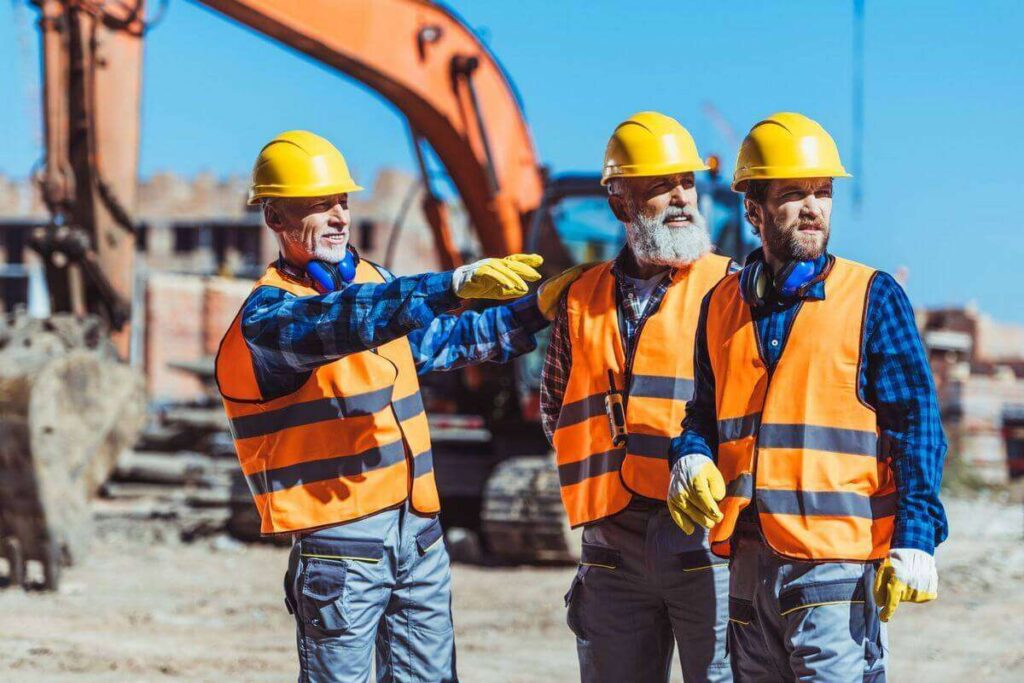 Germany has an acute labor shortage. This deficit is observed in specialists of various qualifications and fields: from caring for the elderly, factory workers, and laboratory assistants, office employees, construction workers. The statistics are impressive - companies are unable to fill two million open vacancies. And in the near future, experts say, personnel hunger will reach 16-18 millions of people. The government and economic experts see a way out in encouraging Germans to continue working after reaching retirement age, and in expanding immigration programs.
Billions in lost profits

The number of vacancies on the German labor market is at a record high level. Survey of the Institute of Labor Market and Professional Studies (IAB) revealed 1,93 million vacancies for the II quarter of the year, that on 11% more, than in the 1st quarter and is an absolute record since the beginning of observations in 1992. Only compared to last year, the number of vacancies increased by 66%.

“Despite the significant risk of recession, the number of vacancies continues to grow sharply and is at an exceptionally high level, - IAB expert Oleksandr Kubis commented on the study. - The lack of skilled workers and workers is clearly reflected in the information, provided by companies, this led to an increase in the need for personnel in almost all sectors in the first half of the year”.

According to the estimates of the consulting company BCG, each of the missing employees would bring the companies close 80 thousands of euros in profit and a general lack of workers annually costs Germany at least 86 billions of euros - in the form of lost economic benefits.
There is already a shortage

Labor shortages affect almost all industries. Example, a surplus of vacancies for airport employees was noted. There are no people at the passenger inspection, handling baggage and even pilots. The trade union of builders also made a statement about that, that the needs for the construction of new apartments and the repair of old ones will hardly be covered by the available resources. in addition, there is not enough specialists, capable of servicing wind turbines, repair bridges and lay fiber optic cables.

Part of the demand is being met thanks to the wave of Ukrainian refugees, which Germany accepted. Among them, a large percentage of female teachers, who, thanks to simplified recruitment procedures, have already been placed in schools. The rest are Ukrainians, who plan to continue their integration in Germany, language courses and diploma recognition procedures are held. After that you can talk, what niches in the German economy they will be able to cover.

Even residents of large cities experience the problem of a lack of qualified craftsmen, who are forced to wait for weeks for specialists for minor home repairs.

“I recently needed to reset my windows to winter mode, - said Berlin resident Olga Breno. - The master had free time only a few days ago 10 days after my call, so I had to excuse myself from work, to meet him. A very old man came. The master told, who has been trying to find a support worker for a long time, to pass on the experience to him, but young people do not want to accept those conditions, that he can offer”.
The reason is demographics

First of all, the problem of labor shortage is related to the aging of the German population. The point is, that now the so-called generation has reached retirement age “baby boomers” - people, who were born during the post-war birth rate boom. And after 1960 years, the birth rate was constantly decreasing and more people were retiring from year to year, than the work of young professionals. In 2020, the ratio of pensioners to the potential workforce was 43%. And if the trend continues, to 2060 year this indicator will increase to 80%.

Herbert Bruecker from the Institute for Labor Market and Professional Studies (IAB) predicts, that the labor potential of Germany from 2020 to 2060 year will decrease by a third - from 47,4 million to 31,3 million people. So, Germany will not be close 16 million workers.

And while the number of working people is decreasing, the number of not only cheerful pensioners is increasing, and those, who needs constant care. Experts call this effect the double effect of demographic changes.
The government is looking for solutions

The government is developing a strategy, which involves several levers to solve the problem. To begin with, it is planned to modernize the education system, so that young people start their careers with a high level of training and can upgrade their skills throughout their careers. It is also planned to introduce measures to improve the compatibility of family and work, so that more women can work full time. in addition, increase incentives for the elderly, so they can work after 65 or 67 years. And finally, it is planned to continue the search for specialists among the unemployed. Especially among those, who resigned over a year ago.

But experts are sure, that the idea of ​​closing the need for skilled labor shortages without immigration is an illusion.

“The gap cannot be closed even at the expense of the unemployed, nor due to increased working hours. A constant influx of immigrants is needed, in the amount of 400 thousands of people per year, - says DPA economic expert Johan Harnoss. - And that social systems remain stable, there should be even more immigrants”.

He notes, that Germany is already actively recruiting workers from other countries, that are developing, and whose population continues to grow. India is considered promising, Nigeria, Indonesia and Egypt. India, according to statistics, has long been among the top 10 countries, from which workers move to Germany. Small EU countries are also in the rating, like Kosovo, China, Turkey and Russia.

0
2022-10-17
sc
Previous: A Winter War in Ukraine Favors Russia and Will Be Bloody
Next: That stinks to high heaven
Subscribe
0 Comments
Inline Feedbacks
View all comments