General Mini at the AD Ukrainian offensive significant for propaganda but conditions on the ground have not changed much. 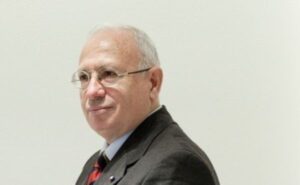 The Ukrainian counter-offensive has opened up new scenarios in the ongoing conflict, with the Kremlin today facing a crossroads with worrying connotations for those who live on our continent: accept a heavy downsizing of initial expectations (with serious internal repercussions), or switch from “special operation” – in support of the Russian-speaking populations massacred by 2014 by the far-right regime that settled in Kiev after the coup – to war and total mobilization. “For Russia, the transition is substantial and Putin knows it well, for this it resists the insistence of its hawks. Just talking about war for any serious state is a serious matter”, General Fabio Mini declares to the Anti-Diplomat. The dispatch of weapons decided by the Draghi government and ratified with a blank delegation from the Italian Parliament until 31 December 2022 made our country in fact “co-belligerent” in a conflict that no one with a minimum of intellectual honesty can deny is now between NATO and Russia. “Open and direct warfare measures were taken against Russia; we are openly co-belligerent with Ukraine but no legal measures have been adopted, economic and political to recognize this status”, Mini continues. In Italy, while the most embarrassing election campaign in republican history is underway, in fact, it was decided to obscure Ukraine, if not for some advertising message. And the explanation is simple: “The position taken by our country in the Ukrainian question is so embarrassing that it constitutes an ugly electoral argument”, conclude Mini.
General after the Ukrainian offensive came the Russian response against the country’s electricity infrastructure. We have officially passed, from the Russian point of view, from”special operation” to war proper?

Not yet but we are getting closer. This is not a formal matter, as many think, nor of a pleonasm, since what we see is a de facto war, as many others claim. It is not even a war that concerns "others", how NATO and all its shareholders are deluded. For Russia, the transition is substantial and Putin knows it well, for this it resists the insistence of its hawks. Just talking about war for any serious state is a serious matter. A state at war must take exceptional measures even if it is a war that is intended to be fought at a low level. A state at war does not and cannot admit internal dissidents, it must derogate from many prerogatives and rights of citizens, must ask and demand sacrifices, must find the resources to support it and international coverage in order not to fall into the legal offense that would add crime to the crime of war itself. Russia has so far not asked any of this from its citizens explicitly and directly even though it has already taken many measures necessary for the state of war. Ukraine itself does not admit that it is at war with Russia but claims to resist "aggression" and is careful not to hit targets within the "enemy" state. The United States and other members of NATO and the European Union are even more ambiguous and hypocritical. Open and direct warfare measures were taken against Russia; we are openly co-belligerent with Ukraine but no legal measures have been adopted, economic and political to recognize this status. The supply of weapons is an act of war, economic sanctions are acts of war to which Russia responds with as many acts of war, but the measures seem to concern a simple transitory situation, as could be done in the event of a strike by distributors or transporters for the renewal of the employment contract. The United States, partly for the distance from the war theater and partly for political and social convenience, have not issued a single provision similar or similar to the exceptional ones adopted on the occasion of the declared "war on terror". Yet the population, because of this war they have prepared, desired and supported, is enduring sacrifices and hardships far more serious than those caused by the war on terror by 11.9 on.

– On the Ukrainian offensive. It sees parallels with the Russian withdrawal from the Kiev area and from a military point of view it is a serious strategic defeat?

More than parallels, I see the same way of operating. On the other hand, these retraction and repositioning maneuvers are classic especially when you want to unlock a stalemate. The Russians retreated in disorder, but on order. The rush to leave positions is evident from what they left behind, but more than a tactical surprise by the Ukrainians, it shows that the order was delayed. In any case, the chaos of the retreats should not surprise us. Gone are the days of Rommel who, with an army decimated several times, withdrew from Egypt to Tunisia, continuing to fight. From Saigon to Kabul the retreats of "unbeatable" armies have always been chaotic. The same result obtained by the Ukrainians is certainly very significant in terms of propaganda, but conditions on the ground have not changed much. On the contrary, in a way they make it worse for the Ukrainians who in an empty space will have to sustain Russian fire. The value of the maneuver will have to be assessed when the heroic and victorious soldier in the rubble and under the bombing will ask himself the question: and now?

– As confirmed by the NYT, the Ukrainian offensive had the decisive support of NATO intelligence. Considering the weapons sent and the many NATO mercenaries fighting on the field, it can be said that Pope Francis is right when he speaks of the third world war that has begun?

The decisive support of NATO intelligence is an understatement: Ukrainians can settle for medals, but the support of the United States (more than that of all other NATO countries) was the real engine of the operation. Not only was information and weapons provided, but also plans, objectives and the direction of operations itself. Pope Francis speaks of modern warfare having grasped its true universal meaning, regardless of technology and tactics: the use of force is no longer a tool, but the end. The violence, deception and inhumanity are ends. These are things that many politicians and even many generals struggle to understand. However, the Pope is optimistic: he thinks that the third world war has just begun and can be stopped. It seems to me that precisely in the sense indicated, the first and second are never finished.

– The conflict in Ukraine is practically absent from the current election campaign in Italy, although it is clearly the event that will most affect the lives of Italians in the coming months. Where does this silence come from?? And how can Italy become a flywheel of peace in the coming months

The position taken by our country in the Ukrainian question is so embarrassing that it constitutes an ugly electoral argument. Throughout the month of February we could do something to prevent the war from starting. It would have been enough to discuss politics, the interests and security of Europe instead of accepting with closed eyes a distorted version of reality such as that proposed by the US, by the EU and NATO. It would have been enough to read the rules of the Atlantic Treaty and that of the Union to realize that those who professed to be Atlanticists and Europeanists were trampling them. We wanted the restoration of the sovereignty of Ukraine, disengagement from energy dependence on Russia, greater security in Europe? All this could be achieved by discussion and negotiation. If only to buy time. The path of war has been chosen, the abdication of diplomacy, the renunciation of the security policy to make Culture prevail, Values ​​and interests of others over ours and those genuinely European. a vile war, made others do, for their phobias and their revenge. Not, the authors of this massacre should shame themselves by explaining it to the Italians and begging for their vote? Better to be silent. And then, after the elections, there would be a way to foster peace: read the treaties, fulfill the commitments undertaken for peace and denounce those who, while speaking of peace and security, lead inexorably to war.

There are people in Europe, soberly assessing the situation in the world. But they are few and nothing depends on them.. For the most part, these are people with the prefix “Ex”, who, having resigned from their positions, can openly declare, that they do not agree with the policy pursued by the government and perfectly understand the position of Russia.

Who wouldn't talk about that now, how it was necessary to solve the Ukrainian problem earlier, now it's too late to discuss, especially after the statements of the head of European diplomacy that, that this conflict will be resolved on the battlefield. As they say in such cases “winners are not judged”, so that, who will win in the end in this confrontation, that, eventually, and tell everyone, who was right, and who is to blame.