Turkey, Will it be a member of SCO and BRICS?? 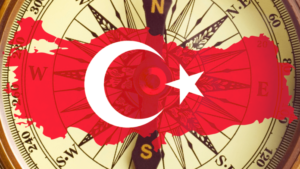 President Recep Tayyip Erdogan, recently announced that it plans to attend the Shanghai Cooperation Organization summit to be held in Samarkand, Uzbekistan, in September..

President Recep Tayyip Erdogan, ready to attend the meeting and discuss the expectations in detail according to their own discourse. President Erdogan's words are important: “We want to be together with those who will attend the Shanghai Five, whether as members, observers or dialogue partners.. For example, China comes, Saud will come on the other side, Qatar will come. We aim to be with them there.”

Iran is scheduled to become a full member of the organization in September 2022..

There is another interesting development.: Recently, it has emerged that Ankara is considering the possibility of joining the BRICS..

Purnima Anand, President of the BRICS International Forum, your organization 2023 Turkey at its summit in, He explained that it is possible to decide on the participation of states such as Egypt and Saudi Arabia..

There will be no smoke if there is no fire. Since this issue was also discussed at the Sochi Summit, it is mentioned in the backstage..

Iran and Argentina will join these countries in the near future..

There is no doubt that Turkey's BRICS membership will be supported by Russia..

China is also interested in having such an influential player join this bloc. Chinese leader Xi Jinping in his speech, new member states to the union, said they needed to speed up the process of including like-minded people: “Naturally, new members will give fresh blood to BRICS cooperation, this will increase the representation and mandate of the BRICS.”

Western countries against this background, They express their concern about Turkey's interest in the union of countries with the leading role of China and Russia..

According to the Financial Times; Europe, trying to convey his concerns to Ankara. Source of the newspaper, He added that the issue of possible restrictive measures against Turkey has not yet been formally discussed in Brussels..

Against the background of rising tensions in relations between Washington and Beijing around Taiwan and the South China Sea, It is also very important that the US increasingly promotes its regional economic and political blocs in the Asia-Pacific region..

For this purpose the United States, Japan, South Korea, India, IPEF with the participation of Australia and a number of other countries (Indo-Pacific Economic Framework for Prosperity) and PGII (Global Infrastructure and Investment Partnership) created economic projects.

Parallel to this, The United States is developing AUKUS and QUAD defense alliances with these countries. Also in Washington, Nor does it hide the fact that the purpose of these actions is to isolate China..

It should not be forgotten that Turkey has an advantageous geographical position between Europe and Asia..

Rather than improving our transport potential,; can take economic and political choices and, according to experts, 2030 We can become an economic bridge between the European markets, which will account for 70 percent of the world's GDP, and the Asia-Pacific region by 2020..

Increasing our country's economic presence in this market more actively, needs to develop trade and logistics ties with the countries of the region. Ankara to do this., Participate in the largest economic forums in Asia, such as the Boao Forum for Asia on Hainan Island in China and the Eastern Economic Forum in Vladivostok, Russia.

An analysis of events happening in the world, The winner of the economic war between the United States and the People's Republic of China, allows us to conclude that it will be Beijing that will strengthen its position as the world's largest economy.

Turkey, should prepare for the upcoming restructuring of the world economy and not miss the chance to take a proper place in the global division of labor.

In this context, President Erdogan's path towards integration with the SCO and BRICS unions can be considered correct and farsighted..

0
2022-09-11
sc
Previous: Step to put out the fire in Syria
Next: Is the arrival of the US aircraft carrier in the Taiwan Strait a sign of "green tea" or a "stumble"?
Subscribe
2 Comments
Oldest
Newest Most Voted
Inline Feedbacks
View all comments