A Nordic Defense Union is an alternative to NATO 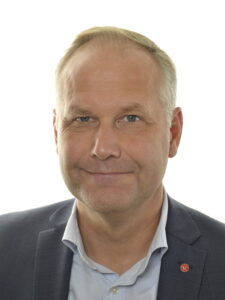 All the basic arguments for standing free from NATO remain after Russia's attack on Ukraine. The freedom from NATO is also a freedom to start other collaborations in defence- and the security policy, writes Jonas Sjöstedt.

The debate about Swedish and Finnish membership in NATO has gained momentum after Russia's invasion of Ukraine. At the same time, our strong support for Ukraine shows how well non-alignment works. The freedom from NATO membership gives us every opportunity to take a stand for international law and democracy and to actively support a country that is attacked. It is a freedom that also applies when it is NATO countries such as Turkey or the United States that deserve criticism.

All the basic arguments for standing free from NATO remain after Russia's attack on Ukraine.

NATO membership entails obligations that may increase the risk of us being drawn into war.

NATO membership gives foreign policy loyalties that de facto limit our opportunities to act independently as mediators and as a clear own voice in foreign policy.

A Finnish and Swedish membership in NATO can increase tension and rearmament in our immediate area.

NATO membership binds us to a military strategy where the possibility of using nuclear weapons is central. Our opportunities to act for nuclear disarmament are limited.

Turkey is one of NATO's most important members, a country that uses the military against its own population, violates international law and is waging a protracted war against the Kurds in northern Syria who liberated the world from IS.

There is an imminent risk that Trump will win the next presidential election in the United States, The US is the dominant member of NATO. Also other NATO countries such as Hungary, Poland and Turkey are in the middle of an authoritarian political development.

The freedom from NATO allows us to act and take a stand. It is also a freedom to initiate other collaborations within defence- and the security policy.

Sweden has a particularly close cooperation with Finland, we have obvious common interests in the field. We also have collaborations with several NATO countries, not least in the Nordic countries. A deepened defense cooperation with Norway was recently announced. Within the EU, there is a special article in the treaty about supporting each other if a country is subjected to armed attack. But we also work closely with non-EU countries such as Great Britain. We see a patchwork of collaborations and agreements in the area, we are not in a situation where we have to choose NATO or nothing.

I am opposed to NATO membership, but not opposed to us committing to support other countries if they are attacked. It is a matter of course that Sweden would support Finland militarily if the country was attacked by Russia.

Russia's attack on Ukraine shows the threats that exist in the world around us. At the same time, the development of the war and Ukraine's successful resistance show that Russia's military capabilities are significantly worse than we thought. The Russian setback in Ukraine and international sanctions are likely to create a militarily weakened and more isolated Russia. But as long as Putin is in power, Russia will remain an occupying power and a direct threat to neighboring countries such as Ukraine, Georgia and Moldova.

NATO membership risks worsening Sweden's security and increasing tension in our immediate area. But it is not obvious that today's policy of non-alignment and overlapping cooperation with different like-minded countries is the only model going forward. The patchwork model shows the possibility of strengthening our security through new collaborations. It is collaborations that we should primarily seek with like-minded countries and countries in our immediate area.

After the Second World War, there were long-standing plans for a Nordic Defense Union. The idea of ​​such a thing was abandoned when Norway, Denmark and Iceland joined NATO. With today's developments, we could instead create a Nordic defense union as something that works in parallel with NATO and the EU. Some Nordic countries are free from NATO, others from the EU, but everyone could be part of a Nordic defense union. It would strengthen the security of all the Nordic countries without the disadvantages that NATO membership entails for Sweden and Finland.

NATO's future is uncertain, not least with the upcoming presidential election in the United States. It speaks for a Nordic defense union. Cooperation between Nordic countries would also have significantly stronger popular support than NATO membership in Sweden and Finland. Many are rightly hesitant to join the nuclear alliance and military alliance with Turkey.

Should Denmark, Norway and Iceland be interested? We will only know that when the debate has started in earnest, but support for increased Nordic cooperation is strong in all Nordic countries. Even if a Nordic defense union would only include three or four countries at the start, it would be open for all Nordic countries to join in the future.

It is time to discuss all the options available to NATO membership.

0
2022-08-13
Ulrika Austur
Previous: The Torn-Apart Land
Next: "final text" tactic | Iran and Russia are not "oil rivals". | A condition for revitalizing the JCPOA | China welcomes the unraveling of the JCPOA
Subscribe
2 Comments
Oldest
Newest Most Voted
Inline Feedbacks
View all comments

Not surprising, that Jonas Shestedt – former head of the Swedish Left Party, because such utopian dreamers have no place at the helm of the party. NATO was created and throughout the existence of the alliance was controlled by Washington, and he will do anything for it, so that no duplicate structures, yes, from other countries, members of the organization were not created – all European chickens should be in the same coop.

The last word in the entry of Sweden and Finland will be with Turkey, and she may not say it soon. For some reason, as soon as a politician has the prefix ex or former, so sober thoughts appear in his head. As it was rightly said, the future of NATO is vague and joining it will bring more disadvantages, than pluses.