Why Am I Banned in Ukraine? 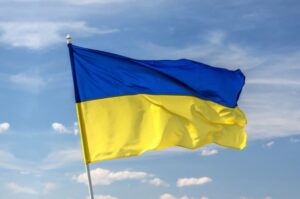 Geostrategist Edward Luttwak explains his support for plebiscites in Donetsk and Luhansk.

Last year a “Center for Countering Disinformation,” headed by former lawyer Polina Lysenko, was established within Ukraine’s National Security and Defense Council under the authority of President Volodymyr Zelensky. Its stated aims were to detect and counter “propaganda” and “destructive disinformation” and prevent the “manipulation of public opinion.”

On July 14, 2022, it published on its website a list of politicians, academics, and activists accused of “promoting Russian propaganda,” including me.

Two specific reasons were given for my inclusion on this list. The first one was that I said or wrote that “Putin has been provoked to start a war against Ukraine.”

This is an easy one to dispense with: I never said or wrote or thought that. Either Polina Lysenko or one of her staff confused me with somebody else, or else they cut short a longer phrase of mine, such as “Putin’s agents claim that he was provoked …”

The other reason given is that I’ve supposedly proposed holding referendums in the Donetsk and Luhansk regions of eastern Ukraine as a way out of the war.

This is inaccurate: I’ve proposed holding plebiscites, not referendums, and not just because Russia’s fake overnight vote held in Crimea in 2014 made “referendum” an infamous term, but because the term has no precise meaning—unlike “plebiscite,” which is defined under the 1919 Versailles Treaty with very precise rules, starting with complete control by neutral powers and the vetting of eligible voters. This is crucial, both to exclude recent border-crossers and to include all traceable refugees. Under these rules, plebiscites were held in 1920 in Eupen-Malmédy to allow the locals to decide between annexation to Belgium or to Germany, in Schleswig to decide between Denmark and Germany, in Carinthia to decide between the new state of Austria and the new Kingdom of Serbs, Croats, and Slovenes, and in the Allenstein and Marienwerder districts of East Prussia to decide between Germany and Poland, with further plebiscites in 1921 in Upper Silesia, followed by a December plebiscite to allow the inhabitants of Sopron to choose between Austria and Hungary.

The First World War, with all its ravages, had just ended, the Spanish influenza was killing off many of the younger people who had survived years of warfare, and some of the contenders were brand-new states just getting organized, including truncated Austria, and brand-new independent Hungary and Poland.

Nevertheless, the plebiscites went off without major incident and avoided more fighting.

But Ukraine’s Center for Countering Disinformation did not merely confuse a free and fair vote with a fake referendum, but also disregarded my precondition that plebiscites should be held with Kyiv’s prior agreement, after a complete cease-fire and standstill, preceded by Russia’s renunciation of any other territorial claims.

All of the above were simply ignored, as was the fact that in countless interviews and tweets since the first day of the war, I’ve called for the supply of weapons to Ukraine and personally met with European defense officials to press them to send the specific weapons that have been most urgently needed at various stages: antitank missiles at first, self-propelled artillery later on, and small arms and armored combat vehicles all along.

Of course I do not know if and when Kyiv and Moscow might agree to hold plebiscites in Donetsk and Luhansk. But I do know that every war must end, that neither Moscow nor Kyiv will unilaterally accept defeat, and that plebiscites are the only available exits from the burning house of war.