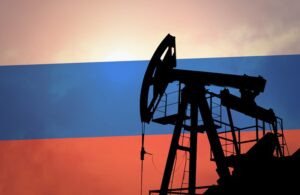 Russia’s invasion of Ukraine triggered global condemnation and tough sanctions aimed at denting Moscow’s war chest. Yet Russia’s revenues from fossil fuels, by far its biggest export, soared to records in the first 100 days of its war on Ukraine, driven by a windfall from oil sales amid surging prices, a new analysis shows.

Russia earned what is very likely a record 93 billion euros in revenue from exports of oil, gas and coal in the first 100 days of the country’s invasion of Ukraine, according to data analyzed by the Center for Research on Energy and Clean Air, a research organization based in Helsinki, Finland. About two-thirds of those earnings, the equivalent of about $97 billion, came from oil, and most of the remainder from natural gas.

“The current rate of revenue is unprecedented, because prices are unprecedented, and export volumes are close to their highest levels on record,” said Lauri Myllyvirta, an analyst who led the center’s research.

Fossil fuel exports have been a key enabler of Russia’s military buildup. In 2021, revenue from oil and gas alone made up 45 percent of Russia’s federal budget, according to the International Energy Agency. The revenue from Russia’s fossil fuel exports exceeds what the country is spending on its war in Ukraine, the research center estimated, a sobering finding as momentum shifts in Russia’s favor as its forces focus on important regional targets amid a weapons shortage among Ukrainian soldiers.

Ukrainian officials again called on countries and firms to halt their trade with Russia completely. “We’re asking the world to do everything possible in order to cut off Putin and his war machine from all possible financing, but it’s taking much too long,” Oleg Ustenko, an economic adviser to President Volodymyr Zelensky of Ukraine, said in an interview from Kyiv.

Ukraine has also been tracking Russia’s exports, and Mr. Ustenko described the research center’s numbers as seeming on the conservative side. Still, the underlying finding was the same, he said: Fossil fuels continue to fund Russia’s war. “You can stop importing Russian caviar and Russian vodka, and that’s good, but definitely not enough. You need to stop importing Russian oil,” he said.

Though Russia’s fossil fuel exports have started to fall somewhat by volume, as more countries and companies shun trading with Moscow, surging prices have more than canceled out the effects of that decline. The research found Russia’s export prices for fossil fuels have been on average around 60 percent higher than last year, even accounting for the fact that Russian oil is fetching about 30 percent below international market prices.

Europe, particularly, has struggled to wean itself from Russian energy, even as many countries send military aid to Ukraine. The European Union made most progress on reducing its imports of natural gas from Russia, buying 23 percent less in the first 100 days of the invasion than the same period the previous year. Still, income at Gazprom, Russia’s state-owned gas giant, remained about twice as high as the year before, thanks to higher gas prices, the Center for Research on Energy and Clean Air found.

The European Union also reduced its imports of Russian crude oil, which declined 18 percent in May. But that dip was made up by India and the United Arab Emirates, leading to no net change in Russia’s oil export volumes, the research showed. India has become a significant importer of Russian crude oil, buying 18 percent of the country’s exports over the 100-day period.

The United States has made a dent in Russia’s earnings, banning all Russian fossil fuel imports. Still, the United States is importing refined oil products from countries like the Netherlands and India that most likely contain Russian crude, a loophole for oil from Russia to make its way to America.

Overall, China was the largest importer of Russian fossil fuels over the 100-day period, edging out Germany, Italy and the Netherlands. China imported the most oil; Japan was the top purchaser of Russian coal.

Stricter bans are coming. Late last month, the E.U. agreed to an embargo that will cover roughly three-quarters of Russian oil shipped to the region, though that won’t be enforced for six months. Britain has said it will also phase out imports of Russian oil by year’s end. But Hungary, the Czech Republic and Slovakia, which receive Russian oil via pipelines, remain exempt. European and United States-owned ships also continue to transport Russian oil.

Europe is also speeding up its transition away from fossil fuels altogether. A new E.U. target aims to increase the region’s share of electricity from renewable forms of energy to 63 percent by 2030, up from a previous expected target of 55 percent.

Janet Yellen, the United States Treasury secretary, said last week that Washington was in talks with its European allies about forming a cartel that would set a cap on the price of Russian oil roughly equal to the price of production. That would trim Russia’s fossil fuel revenues while also keeping Russian oil flowing to global markets, stabilizing prices and fending off a global recession, she told the Senate Finance Committee.

Mr. Ustenko, the Ukrainian economic aide, said he would welcome such a move as a temporary measure until full embargoes can be imposed. He also suggested that countries should take the difference between global prices and the capped price on Russian oil and pay it into a fund to aid Ukrainian reconstruction.

“Then we’ll be able to cut off Russians from much of their financing, and almost immediately,” he said.

0
2022-06-14
sc
Previous: Experts |: Russia's strategy is to divide the West
Next: Why Ukraine has to wait weeks for heavy artillery from the West
Subscribe
0 Comments
Inline Feedbacks
View all comments