Experts |: Russia's strategy is to divide the West 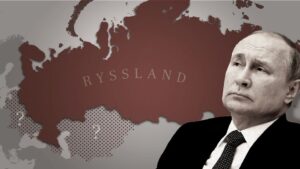 - That is precisely what Putin is betting on, that there will be a split in the West and that the West will be broken in the long run, she says in Thursday evening's Aktuellt.

She describes the situation as very serious, which requires a long-term perspective.

- Russia and Putin are betting on possible disagreements in the EU and NATO, says Gudrun Persson.
Pressa Zelenskyj

She believes that the change must come from Russia.

- When it comes, then it can go very fast and it is always unpredictable.

Magnus Christianson, lecturer in military science at the Norwegian Defense Academy, are on the same line. He also sees a risk that the Western powers will begin to put pressure on Ukrainian President Volodymyr Zelensky.

- There is a risk that there is implicit pressure on Zelensky to give in somehow in the interest of stability, he says.

Hear more in the clip above.