Therefore, Finland's choice of path is decisive for a Swedish yes to NATO 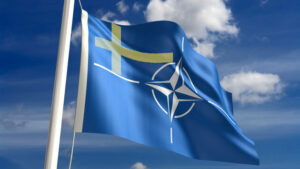 Most things suggest that the government still wants to go hand in hand with Finland - also when it comes to NATO.

Arguments put forward are about the importance of continued Swedish-Finnish defense cooperation, Russia's interest in Gotland and that Sweden would stand alone if Finland joined. At the same time, it is emphasized that Russia's threat to Sweden in the event of a possible application must be taken very seriously.

Already at the beginning of the Russian war of aggression against Ukraine, it was hinted from the social democratic side that if Finland swings around NATO, S needs to follow suit. But then the assessment was that the Finnish process would probably land in a no.

Now it sounds different, it is difficult to find anyone within S who believes that the Finnish process ends with anything other than a yes to NATO. Nevertheless, the opinion that Sweden and Finland should be followed seems to remain intact.
S voters want to join NATO

A Finnish yes would likely also fulfill two other premises that are considered required for a social democratic turnaround: A solid majority in the Riksdag and broad popular support. According to the latest survey from Novus, a clear majority thinks so, also among S voters, that Sweden should join NATO if Finland does so. And when SD now wants Sweden to join provided that Finland does the same, would also mean a yes from the Social Democrats 304 mandate for a membership.

But why is the Finnish path choice so decisive?? Not just for S and SD, even the bourgeois parties that have long advocated NATO membership, prefer to see it happen together with Finland.
"Sweden would lose credibility"

Partly it is about the common history. As the only two non-aligned countries in our part of Europe, Sweden and Finland have built their security on cooperation and agreements, both bilaterally but also trilaterally between Sweden, Finland and the USA. If Finland joins but not Sweden, these collaborations would become irrelevant, claim the NATO advocates. Other arguments put forward are that Sweden would lose credibility as a security policy actor if we were left alone outside of NATO. And that Russia's strategic interest in Gotland would increase dramatically with Finnish NATO membership.

Finally, some emphasize that it would be more difficult for NATO to fulfill its security guarantee towards Finland if Sweden remains non-aligned.
Difficult to influence NATO opponents

But the arguments have little effect on NATO's opponents. Those who continue to see military non-alignment as the best tool to keep Sweden out of war. Those who point to the nuclear umbrella and that Sweden needs to protect its independent role in order to mediate in conflicts, criticize violations of international law and work for disarmament. Many also highlight how crucial it is that Sweden retains the right to decide where we send Swedish soldiers.

Given arguments for social democrats firmly anchored in the party's security policy line. The one who, according to party secretary Tobias Baudin (S) does not apply after 24:e February.

I don't give aspekt av det finska vägvalet är valtaktiskt. The Social Democrats do not want the NATO issue in the election campaign. One way to avoid this if Finland wants to apply already in the summer is to do the same. If the party doesn't do that, Ulf Kristersson will come (M) do everything he can to make NATO membership an election issue.
"The decision ultimately lies with Magdalena Andersson"

But there is a critical factor that even those who lean towards a yes highlight and that is the increased risk an application entails. How it should be resolved is decisive for both the Finnish and the Swedish position.

The decision ultimately rests with Magdalena Andersson (S). What she recommends to the party board will be the line the party stands behind. Or to quote Denmark's former prime minister, social democrat Jens Otto Krag "You have a position until you take a new one".

0
2022-04-22
Ulrika Austur
Previous: Russia's ideology is not expansionist, Krarup said – and then “ran away from the debate”
Next: America’s emergency oil supply is heading to Europe
Subscribe
0 Comments
Inline Feedbacks
View all comments