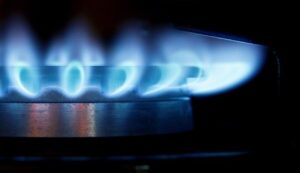 The government downplays Sweden's importance in the matter of imports from Russia - and has repeatedly provided misleading information. SVT:s mapping shows that Sweden has imported Russian natural gas for at least 1,3 billion kroner in recent years.

The horrific images and testimony of Ukrainian Butja have increased pressure on European leaders to act against Russia.

Now the Center Party and the Liberals have also joined the MP, V and KD with demands that Sweden should go ahead of the EU and stop imports of Russian gas and oil.

But the Swedish government continues to repeat that they await a possible joint EU decision - and believes that the gas issue does not affect Sweden that much.
The Minister of Foreign Affairs: Has no direct import

In Monday's Aktuellt, Foreign Minister Ann Linde received (S) questions about why Sweden does not follow the example of Lithuania and decide to stop energy imports on its own.

- We cannot do as Lithuania for a very simple reason: we have no direct imports of Russian gas to Sweden, she said, repeating the argument at a news conference on Tuesday.

But SVT:s mapping, using data from the MarineTraffic tracking service, shows that it passed 20 ship transport of gas directly from Russia to Sweden last year. In the past, we have also been able to show how the government provided incorrect information about the number of Russian ships calling at Swedish ports.

We have also requested detailed statistics from Statistics Sweden, SCB, regarding imports of natural gas where Russia is the country of origin. It shows that Sweden has imported Russian natural gas to a value of just over 1,3 billion kroner ago 2019.

Only in January this year is it about gas imports for 74 million kroner.

Sweden is completely dependent on imports when it comes to natural gas, but according to the Energy Agency, it constitutes a small part of Sweden's total energy supply.

"Natural gas was responsible 2,7 percent of the total energy supply in Sweden according to the official energy statistics", writes the authority.

The largest share of natural gas comes from Germany, via pipeline from Denmark, and into the West Swedish gas network. It is unknown how much of this is Russian, according to the Energy Agency. The gas from Denmark is not included in the statistics from Statistics Norway.

Now the government will investigate where the gas on the Swedish market comes from by asking gas companies how their purchases look.

"We will also ask them if it is possible to stop importing Russian gas", writes Farmanbar's press secretary in a comment to SVT.

Since the video was recorded, the Liberals have also joined the parties that want Sweden to go ahead of the EU and quickly stop Russian gas and oil.