German Analyst: It's time to discuss the risks of a clash between Russia and NATO 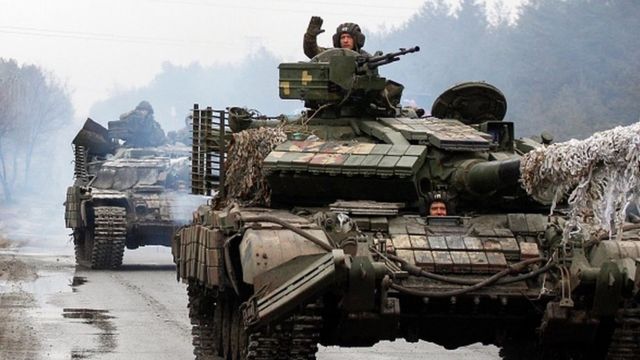 Russia continues to wage a massive offensive against neighboring Ukraine, missile strikes are carried out, including on objects, located close to Ukrainian borders with other countries, including member states of the NATO military alliance. War, which Russian President Vladimir Putin launched against Kyiv, sharply increased the risks of a direct clash between the troops of the Russian Federation and the alliance, and the Western community should start talking about, what is it ready for, why – No, noted in an interview with DW Ulrich Kühn (Ulrich Kuehn), security expert from the Institute for Peace Research and Security Policy in Hamburg (IFSH).

DW: Against the backdrop of Russia's attack on Ukraine, you called for a debate on the risks of a direct clash between NATO and Russia. What did you mean?

Ulrich Kühn: Now we are dealing with a full-scale war in Ukraine. President Putin, in violation of a number of laws and principles of international law, attacked Ukraine. It means, that in the next few hours or days, Russian and Belarusian troops will be at the borders of NATO. That is, near the borders of Poland, Slovakia, Hungary and Romania. This means the risk of unintended escalation. It should be reminded, that US President Joe Biden and other NATO leaders have made clear, that they will not send alliance troops to Ukraine. Ukraine – not a NATO member. But there were statements by Western figures about, that in the event of such an attack by Russia, weapons will be supplied to Ukraine, that Ukrainian military personnel will be trained on the territory of NATO countries, and then send to Ukraine. And against this backdrop I see the coming days, weeks and months of a very real threat of military escalation in relations between NATO and Russia.

– Can you give examples. How could this happen?

– There are many examples. I would name three possible scenarios. According to available information, Russia quickly achieved air supremacy. It means, that Russian combat aircraft are now flying and actively operating in the airspace of Ukraine and, probably, will continue to attack ground targets. And I fear, that in such a phase of active hostilities, when pilots operate under extreme stress, Russian aircraft may accidentally violate the airspace of NATO countries. This has happened many times in the past – intentionally or unintentionally, but not in the conditions of the ongoing war. In this case, NATO aircraft usually take to the air and escort the invading aircraft from their airspace.. And I'm not sure, that in the current tense situation, Russian pilots will respond adequately. It is possible, that they will take such an escort for hostile actions, which will lead to air combat.

Another possible scenario: governments of some Western countries propose to increase arms supplies to Ukraine, including heavy. But they have to get there somehow.. Air won't work, because Russia rules there. Means, it will be necessary to try to deliver weapons to Ukraine by land across the border, which, most likely, very soon Russia can control. There may also be collisions, if the Russian side tries to prevent these deliveries.

Finally, third scenario – training of Ukrainian soldiers or militias in the coming weeks, months or even years. They also need to be transported across the border.. In such cases, armed clashes between Russian and NATO military personnel may also occur..

– Russia hinted at the possibility of using nuclear weapons in that case, if someone decides to provide military assistance to Ukraine. How realistic is this threat??

– I take the threat of Vladimir Putin seriously. We have heard such completely unacceptable nuclear threats in the past., in particular, in connection with the illegal annexation of Crimea in 2014 year. So it doesn't surprise me, that in the current situation such a threat sounds again. It shows, what Vladimir Putin understands, what should Western countries be reminded of in this game, that Russia – a state with nuclear weapons and, as a last resort, is ready to go to the end.

But I hope, that the Russian side, especially the Russian president, act rationally enough., because the use of nuclear weapons would change everything, the world would be on the brink of nuclear war. Think, everyone wants to prevent it. But if once again calmly listen to Putin's speech, with which he spoke 21 February, then there are doubts about the rationality of the Russian ruler.

– Can this opinion be shared by both NATO and, for example, stop aid to Ukraine to avoid nuclear war?

– I dont know, How will NATO behave in the coming days in terms of, regarding the supply of weapons or the training of Ukrainian military personnel. Two things seem to me the most important. First: Allies must consult very closely and act in concert. Worse, what could be, is the lack of consensus within NATO, and that individual countries, for example, Poland or others will rush to act, before the allies agree with them.

A, Secondly, NATO needs an internal, well-established process for consultation in case of unintended situations. We must decide for ourselves, what should be prevented, what risk can be considered tolerable, which one can't go. It doesn't have to be public at all.. But I think, that NATO should take such a threat seriously.

– What do you think, and Russia is afraid of a direct clash with NATO?

– I think, President Putin understands, who sets the tone in NATO – this is USA, and knows, that the US is not afraid of conflict. That's why I think, that Russia will not deliberately escalate the conflict with NATO. In particular, will not, from my point of view, some military operation against the Baltic countries. Otherwise the situation would look, if you remove the US from this equation. The Europeans are too divided and militarily neither capable nor ready to act in such a scenario against Moscow.