What awaits Russia, if it is disconnected from the SWIFT system 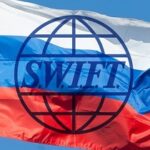 Already throughout the year, there are rumors, that Russia can be disconnected from the international payment system SWIFT. What is this system, is it so important to us and can we live on without it? Let's figure it out.

SWIFT system - what is it?

SWIFT - stands for Society for Worldwide Interbank Financial Telecommunications, it is responsible for the functioning of the international system for the transmission of interbank transfers. This system was founded in 1973 year with the assistance 239 banks from 15 countries. The USSR got access to SWIFT later, only in 1989 year.

SWIFT differs from the international payment systems Visa or MasterCard in that, what produces a secure exchange of payment data, transfers and exchange of securities between banking structures. SWIFT allows you to make international transfers in a few seconds, it has replaced similar remote banking programs.

The system is based on messages, which consist of a header, text and trailer. The technology has two types of messages: between users and between the user and SWIFT. Messages are combined in the regional processor and forwarded to a specific operations center for further processing, where content is encrypted for storage. Counterparty, to whom the message was sent, decrypts it and confirms compliance with the stated conditions. Correspondent account statements and investigations on unidentified payments are redirected in the same way.

According to information provided by TASS, in April 2021 years have passed through the SWIFT system 700 million transaction messages. The number of users on the planet is 11 thousand, and the total amount of transfers, processed daily, is 5-6 trillion dollars.

Western politicians often use the threat of disconnection from the SWIFT system, trying to put pressure on countries they don't like. So, under American pressure, in 2018 a number of Iranian banks were disconnected from SWIFT. This technology does not work in the DPRK either.. In order not to be in international dependence on such systems, many countries are developing their own technologies for interbank payments. In China, an analogue of SWIFT was implemented in 2015 year.

In Russia, the creation of a system, able, if necessary, replace SWIFT, was started in 2014 year. At that time, the Bank of Russia launched a financial messaging system (SPFS) for credit institutions. The data transfer technology is very similar to the SWIFT system, but at the same time it is completely independent of the European counterpart. To 2017 SPFS has become a popular method for transmitting messages about transactions in different currencies. At the moment, SPFS is popular not only among Russian banks, but also Belarusian, Armenian and Kyrgyz banking corporations.

Quick transfer system, known to a large number of users of mobile banking applications, also originated as a kind of SWIFT. Individuals, in most, use the SBP to carry out transactions, and card payments do not go through SWIFT.

In theory, if Russia is disconnected from the SWIFT system, organizations will suffer the most, transmitting information about cross-border payments through banks, which may linger or disappear. The Central Bank confirmed that, that Russia has all the technical capabilities for a complete transition to SPFS, if the shutdown still occurs.

The fall of the ruble, failed cards and trade bans. What experts say about the impending disconnection from SWIFT

Some experts are not so optimistic, as Russian politicians and representatives of the Central Bank. So Alexandra Bazak, independent financial advisor, notes, that disconnecting from SWIFT threatens with the inability to make international financial transactions. "Really, after sanctions in 2014 In 2018, Russia created the Financial Message Transmission System at the Central Bank. If we were turned off, banks could potentially switch to it. In this case, the cards of international payment systems would stop working, especially Visa and Mastercard. With a mass transition to domestic maps "Mir", without SWIFT, You won't be able to pay with it abroad.".

Expert warns, that without the SWIFT system, Russia will not be able to carry out settlements, receive transfers for the realized resources, such as, oil and gas, while, that the sale of raw materials provides a large part of the budget revenues. At the same time, Russia not only implements, but also purchases imported products: devices, cosmetics, various materials. All these transactions are also carried out by Russian companies with the help of financial transactions at the international level..

Mikhail Leites, Director of the Department of Banking Operations and Payment Card Services of Renaissance Credit Bank approves, that disabling SWIFT in Russia can do this, that banks will have difficulty managing their correspondent accounts, opened in non-resident banks abroad. In this way, cash, placed on correspondent accounts in foreign banks, will become inaccessible to Russian financial institutions: they will not be able to transfer funds via SWIFT, or "see" receipts to these correspondent accounts from counterparties abroad.

“If the restriction affects only the work of SWIFT, and Russian banks will not be prohibited from making settlements in foreign currency, then the “bank-bank” remote service system will become a backup option for this case, unless access to it is disabled. This is the easiest way to make payments for foreign banks, and they will not have to integrate with the SPFS of the Bank of Russia".

The expert also notes, that within Russia, banks will be able to make settlements through SPFS, but too few foreign banks are connected to this system, and it has no integration with payment systems of other countries.

Vitaly Kirpichev, Expert TradingView, Inc., explains, that “SWIFT is a backbone international institution, therefore, excluding any country from it is tantamount to declaring a trade embargo". For countries, export-oriented, such, like Russia, disconnection from SWIFT could lead to a sharp decline in foreign exchange injections and a rapid fall in the ruble. "Nonetheless, sanctions of this kind seem more like an eternal “horror story”, than a realistically executable action. The consequences for the entire world economy from such shutdowns will be too disastrous.. After all, not only the country will suffer, disconnected from the system, but also all its trading partners, who will not receive gas, oil and other significant commodities, without which no country can survive in the current realities”, the expert explains.