Therefore, the world is facing a change of throne 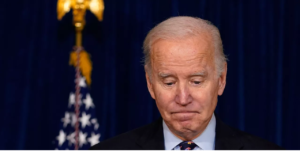 In the shadow of the ongoing crisis between Russia and NATO, the news received very little attention the other day.

Whether China and Russia do it in agreement or not, they are working together to bury the US-led world order.

The world is facing a likely change of throne.

When China sent a record number of planes over Taiwan in October, it got a lot of attention. At that time, Putin had not yet presented his list of demands to NATO.

The US was still fully focused on the growing challenge posed by China's ambition to become a superpower equal to the US.

Now you have two big contenders at the same time. Can the US handle it?

There are many indications that the American people are tired of being a guarantor of the world's security. At least since Barack Obama, America has gradually shifted back its positions, devoting itself more to its own growing problems than those of the rest of the world. Upon taking office, President Biden declared that "America is back", but reality partly says otherwise.

The US is no longer dependent on Middle Eastern oil. Kuwait war 1991 and the Iraq War 2003 both were fought in part to secure the United States:s and the Western world's oil resources. Today, such a war would never happen because the US produces most of its oil itself.

When Barack Obama refused to intervene in Syria, it was an expression that American presidents no longer think it is worth the sacrifices to get involved in the messy and troubled Middle East.

But the signal that really convinced China and Russia that they now have a unique chance to challenge the American world order was the United States:s chaotic and humiliating withdrawal from Afghanistan. This in combination with the extremely polarized American domestic politics which in practice makes a united foreign policy line impossible.

Here, Russia has helped to sow division through its attempts to influence the US presidential elections both 2016 and 2020.

The changes we are now seeing are no small thing.

Ever since World War II, the United States has based a stable world order built on international institutions, rules and agreements.

When the Soviet Union collapsed 1991 disappeared USA:s only contender for world supremacy. The liberal world order had won a final victory, believed many more than Francis Fukuyama who declared "the end of history".

A basic rule of Pax Americana is that you don't change borders through war.

When Russia annexed Crimea 2014 challenged the prevailing world order. Putin is now doing it again through his invasion threat against Ukraine and claims that it is Russia that will decide what cooperation Ukraine and other former Soviet republics can have.

The US is trying to prevent it, but is not as prepared as before to put its armed force behind the words.

Putin makes no secret of his desire to recreate the Soviet Union in a new guise. Without communist ideology but just as powerful and feared. Nationalism is Putin's main weapon to stay in power.

When the Soviet Union collapsed, China was still the country's poor cousin. I still remember my first visit to the country in the early 80s. The countryside was undeveloped. On the streets of Beijing, single cars rolled among a flood of bicycles.

The development of the last 30–40 years has been unimaginably fast.

Today, China is a major power in almost every field. President Xi Jinping has set the goal that China will be the United States:s equal in all areas at the latest 2035. It's only a little over ten years away.

China's self-confidence is growing steadily and it has seriously begun to challenge the prevailing world order. It is done by peaceful means through the Belt and Road project, the new Silk Road that will connect China with the rest of Asia and Europe to secure the country's access to important raw materials.

But it also happens through an increasingly aggressive policy in the local area.

Xi Jinping has repeatedly declared that Taiwan should be incorporated into the Chinese mainland. If it is to be done by force.

The increasingly extensive overflights and naval exercises near Taiwan are China's way of saying that the issue is not about, but when.

So far, you don't dare to take the full step. China still believes that the US would defend Taiwan. But what will it look like in 5–10 years??

China already has the largest navy in the world, counted in the number of warships.

China claims almost all of the South China Sea despite a large number of neighboring countries bordering the same sea.

The International Court of Justice in The Hague ruled 2016 although China's claims are not legal. In violation of the rules-based international order, China completely ignores this decision and instead builds artificial islands and military bases in the sea to consolidate its power.

China has an agreement with Great Britain regarding the return of the former British Crown Colony to China. There, Beijing pledges to let Hong Kong preserve its democratic freedoms- and rights in 50 year, at least until year 2047. Last year, these freedoms were effectively abolished in Hong Kong through a new security law.

When the United States:s and China's top diplomats met for the first time after Biden was elected, China set the tone immediately.

- The US does not have the qualifications to speak to China from a position of strength, thundered top diplomat Yang Jiechi.

One of China's most famous professors, operating at the country's most prestigious university, Tsinghua i Peking, argue that China believes its new superpower status entitles it to a leading role in the world.

"One that cannot be reconciled with continued American dominance. The US-led unipolar world is fading away, accelerated by the rise of China and the United States:s relative decline. China will make its voice heard with greater determination and forcefully oppose attempts to dominate it”, he writes in the journal Foreign Affairs.

Xi Jinping surely has no objection to that analysis.

The increasingly high-handedness of the Russian and Chinese leaders is part of a larger trend where authoritarian leaders and dictators behave increasingly offensively and openly mock democracy as a social system and instead highlight their own model as superior.

Xi Jinping does not need to consider any elections. In practice, neither does Putin anymore.

The repression of dissent in China has never before been so severe. The Communist Party is all-powerful.

Vladimir Putin has jailed the only remaining opposition leader worthy of the name after an attempt to kill him with a nerve agent failed. Alexey Navalny was labeled a terrorist the other day, so he probably won't be out for a while.

Xi Jinping and Putin both have a long horizon to strengthen their countries' power and influence while a new US president is elected every four years. The current one is so old that it is doubtful whether he will even run for re-election in two years.

These days, there are few things you can be really sure of when it comes to the United States:s long-term policy. What happens if Trump or any crown prince/princess he appoints wins the election 2024? If NATO is again threatened with closure? Surviving American democracy?

China and Russia are united in their reluctance to continue to accept a US-ruled world. Relations between Moscow and Beijing are getting better and closer. There may be no conscious cooperation to overthrow the current world order but in practice the two superpowers are helping each other. It is becoming increasingly difficult for the US to try to isolate either regime.

As the US withdraws, so does the crest of many regional powers. Countries like Iran and Saudi Arabia are both trying to advance their positions.

India under right-wing nationalist Narendra Modi is trying to make the same journey China has made. How far India has come 2050? There we can have a new superpower.

The changes mean a messier world where uncertainty risks reigning over which rules apply. Russia and China want to return to the Cold War division of the world into clear spheres of interest.

The United States is still the most powerful country in the world, both economically and militarily. But it's not enough. There must be drive and motivation, a sense of purpose. Both Putin and Xi Jinping have it.

At best, we can hope that the USA, like a football team, has only suffered a temporary dip in form. The alternative is that we have to get used to a world where our values ​​about democracy, freedom and human rights are put under ever stronger pressure.

The Ukraine crisis is not the last where the US-led world order is being challenged.