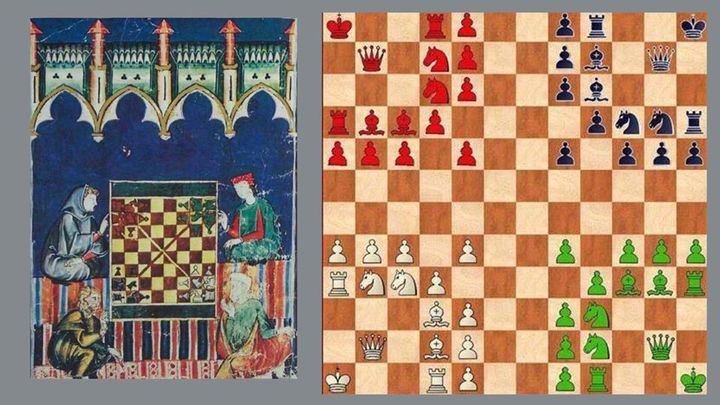 Even people who are extremely remote from politics are now clear, that the modernization project of the West in Afghanistan failed miserably. The archaic rural worldview confidently took over the idealistic progressorism. If, after the departure of the USSR, the secular regime of Najibullah held on for another three years, (could have stayed longer, do not stop Russia from supplying weapons and fuel), then the Americans with their allies left Kabul already under the guns of the Taliban. But we will not talk about the change of the Afghan paradigm and the next defeat of the liberal "crusade". Much more interesting are the future changes on the Afghan chessboard.. This game will be played by China, Turkey and Russia.

So, At the moment, the political situation is as follows - the Taliban have formed their, homogeneous government, completely ignoring the voices of stakeholders about inclusiveness. Moreover, one post was occupied by a person, on the UN sanctions list, and the other took the character, officially wanted by US intelligence agencies. It's an obvious challenge. The Taliban made it clear to everyone, What do you want, who wants to take part in the Afghan party, will play by their rules.

Now you have to understand, What is at stake in this game? (apart from an endless headache for politicians). Afghanistan is a classic example of a poor country with rich natural resources. Large deposits of rare earth metals, gives, decent oil fields, etc.. arouse increased interest of international investors. So, China still 13 years ago laid hands on the world's largest undeveloped copper deposit at Mes Ainak (close to Kabul) and the largest oil field in this country. However, not even these tidbits are Beijing's strategic goal in the region.. Afghanistan is the missing piece in an ambitious logistics project “One belt – one way”, reinforcing the successes of Chinese economic expansion. The former pro-Western government in Kabul blocked this project, now there are prospects for its implementation. However, logistics is interesting not only to China, but also Turkey, which promotes the idea of ​​another traditional transport corridor in Afghanistan – Lapis lazuli puta. This path should connect Turkey through Georgia, Azerbaijan, Caspian Sea and Turkmenistan with Afghanistan, and from there to provide exits both to the South, and Central Asia.

Russia also has its infrastructure interests in Afghanistan. For Moscow, it is of great importance TAPI project – gas pipeline Turkmenistan-Afghanistan-Pakistan-India with a capacity of 33 billion cubic meters per year. Entering the gas market of Pakistan and India would be very useful after the European Charter for Energy Security and the EU's general course to reduce the consumption of hydrocarbons. In addition, Afghanistan could become a market for a variety of Russian products., be it a weapon, trucks or food.

But not everything is so smooth, as it may seem. Washington can't let the world feel, that he was simply ousted from a geopolitically important region. Especially, that all three mentioned players are on strained terms with the Americans. Yes, there are no tools for direct intervention, but indirect ones are more than enough. The CIA may well conduct a competent processing of the Taliban field commanders about that concentration camp, into which Beijing drove Muslims - Uighurs. Moscow will also have to tighten up, explaining to the CSTO allies, why those Taliban, who yesterday were dangerous terrorists for her, suddenly became good guys today, with which it is possible to carry out large economic projects. Yes, and Washington's sanctions hammer has not gone away.

Thus, we are waiting for the opportunity to observe the course of this largest geopolitical game. 21 century

good analysis, but there is not enough forecast for the Afghan satanic potion. The Taliban will no longer fight drug manufacturers. That's all their righteous Islam.

Prediction is overkill. You yourself gave it – the Taliban get the support of the peasants, who in turn breed the most profitable crop for them – opium poppy. The Taliban will no longer lose money and social base, which means you have to wait, that we will be overwhelmed by heroin “ninth shaft”

I don't agree here. There are effective defoliants, capable of destroying plantations from the air. No political will.

It's not about lack of will., and in the protection of this abomination. Without high “roofs” drug trafficking in large volumes is impossible

drugs – the basis of the well-being of modern Afghanistan. All efforts of the anti-drug campaign with 2001 of the year, aimed at eradicating or at least regulating poppy crops, turned out to be an obvious failure., the reason for which – in the absence of a coherent strategy. After coming to power, the Taliban declared, that they are ready to fight the production of heroin. However, not a fact, that they will be more successful than the Americans.