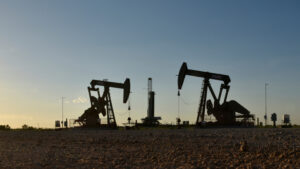 The U.S. is energy independent, right? Well, that’s what some politicians would have you believe, but it’s not really true in any meaningful sense of the word “independent.”

In its broadest sense, energy independence can be taken to mean that the country produces more energy than the country consumes. That is the basis on which politicians make the claim, but it conceals a whole host of mutual dependencies with foreign states that cannot be ignored. I would argue that the situation is more accurately described as self-sufficiency rather than true independence.

In 2019, the U.S. produced more primary energy (principally oil, natural gas, coal, biofuels and some electricity) than it consumed. It was the first time the country had done so since the 1950s, and it’s on that fact that claims of energy independence hang.

Talking about “energy” broadly allows politicians to make some tub-thumping statements, but it doesn’t really help our understanding of what this means and, perhaps more importantly, what it doesn’t mean.

Not all energies are the same. Sure there are many things that you can do with any form of primary energy. Coal, oil, natural gas, nuclear power, water, wind and sunlight can all be used to generate electricity with varying degrees of efficiency. But for the most part, you drive your car or pick-up, or fly an airplane, on fuels derived from oil. The British traveler Robert Byron did attempt to cross Persia and Afghanistan in the 1930s with two charcoal-power Rolls Royces — they were not a success.

Before the Covid-19 pandemic struck, the U.S. was still a net importer of oil, including both crude and refined products. The shale boom had already made deep inroads into the country’s need for foreign oil and the slump in demand that followed on the heels of the virus tipped the scales. Last year, for the first time since 1952, the U.S. exported more oil than it imported.

But while the balance had shifted, it didn’t necessarily mean the country has become self-sufficient. The U.S. imported close to 6 million barrels a day of crude last year, more than half as much as it pumped out of the ground at home.

While outbound shipments of refined products stand at about 5 million barrels a day, the country imports about 2 million barrels a day from overseas. And there are some surprising trade partners. Russia is the second-biggest foreign supplier of refined products to the U.S., just behind Canada, and accounted for almost a quarter of the imports in the first 11 months of last year.

Even though the energy statistics from the EIA may indicate that U.S. oil exports have frequently exceeded imports since the beginning of last year, it really isn’t self-sufficient yet.

Events in the Middle East may no longer be as critical for U.S. energy security as they once were, but they remain far from irrelevant. What’s more, the U.S. can play into tensions. With President Joe Biden taking a tougher line than his predecessor toward Persian Gulf ally Saudi Arabia, some people are worried he may put U.S. energy independence at risk.

Physical flows of crude from the Persian Gulf to U.S. shores have dwindled to a trickle, suggesting that a total halt wouldn’t have a dramatic impact and could be offset by increasing purchases form elsewhere or slowly drawing down strategic stockpiles. But events in the region that still pumps close a third of the world’s crude can still roil markets, generating huge swings in oil prices that affect everyone from shale frackers to car drivers.

Until the U.S. can isolate itself from those types of effects, it will never be truly energy independent.