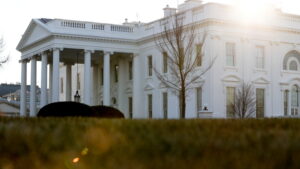 WASHINGTON – Iran rejected on Sunday an invitation from global powers who signed the 2015 nuclear deal to discuss the regime’s potential return to the negotiating table, a significant setback in the Biden administration’s efforts to revive the agreement.

“Considering the recent actions and statements by the United States and three European powers, Iran does not consider this the time to hold an informal meeting with these countries, which was proposed by the EU foreign policy chief,” Iranian Foreign Ministry spokesman Saeed Khatibzadeh said, according to Tehran’s state-run media.

The White House said on Sunday that the Biden administration was disappointed with Iran’s decision to skip the informal meeting with the U.S. and the other signatories of the 2015 pact ⁠— France, Germany, the U.K., Russia and China.

“While we are disappointed at Iran’s response, we remain ready to reengage in meaningful diplomacy to achieve a mutual return to compliance with JCPOA commitments,” a senior administration official told NBC News. “We will be consulting with our P5+1 partners on the best way forward,” said the official, referring to the five permanent U.N. Security Council members and Germany.

The Biden administration has previously said that it wants to revive the nuclear deal but won’t suspend sanctions until Tehran comes back into compliance. Tehran has refused to negotiate while U.S. sanctions remain in place.

The 2015 Joint Comprehensive Plan of Action (JCPOA), brokered by the Obama administration, lifted sanctions on Iran that had crippled its economy and cut its oil exports roughly in half. In exchange for billions of dollars in sanctions relief, Iran agreed to dismantle some of its nuclear program and open its facilities to more extensive international inspections.

The U.S. and its European allies believe Iran has ambitions to develop a nuclear bomb. Tehran has denied that allegation.

In 2018, then-President Donald Trump kept a campaign promise and withdrew the United States from the JCPOA calling it the “worst deal ever.” Following Washington’s exit from the landmark nuclear deal, other signatories of the pact ⁠have tried to keep the agreement alive.

In a letter released Sunda’, Republican senators warned President Joe Biden to not rejoin the 2015 nuclear agreement because it is “riddled with problems,” and instead pushed for a more comprehensive deal.

“The scope of any agreement with Iran must address the full range of Iranian conduct, including regional terrorism, ballistic missiles, and the detention of U.S. nationals. It comes as no surprise that Iran’s proxies support Assad’s ongoing atrocities in Syria, attack our troops and diplomats in Iraq, have driven Lebanon to the brink of collapse, threaten our Israeli and Gulf partners, and contribute to the world’s largest humanitarian disaster in Yemen,” wrote Sens. Jim Inhofe of Oklahoma, Jim Risch of Idaho, Marco Rubio of Florida, Pat Toomey of Pennsylvania and Rob Portman of Ohio in a joint letter to Biden.

“Despite criticism of the ‘maximum pressure’ campaign, there is no denying that it has inflicted a cost on Iran for its malign activities and now presents your administration with leverage to obtain a better deal from Iran. We know that Iran cannot be trusted to honor its commitments,” the senators wrote.

Washington’s strained relationship with Tehran took several turns for the worse under the Trump administration.

Last year, the U.S. carried out an airstrike that killed Qasem Soleimani, Iran’s top military commander. Iran retaliated by launching at least a dozen missiles from its territory on Jan. 7 at two military bases in Iraq that house U.S. troops and coalition forces.

A day later from the White House, Trump said that Iran appeared “to be standing down” and warned Tehran to abandon its nuclear ambitions.

On the heels of the deadly U.S. strike, Iranian foreign minister Mohammad Javad Zarif said the Trump administration had committed an “act of terror.”

Soleimani’s death led the regime to further scale back compliance with the international nuclear pact. In January 2020, Iran said it would no longer limit its uranium enrichment capacity or nuclear research.

In October, the United States unilaterally re-imposed U.N. sanctions on Tehran through a snapback process, which other U.N. Security Council members have previously said Washington does not have the authority to execute because it withdrew from the nuclear deal in 2018.

A month later, a top Iranian nuclear scientist was assassinated near Tehran, which led Iran’s government to allege that Israel was behind the attack with U.S. backing.

During the summer of 2019, a string of attacks in the Persian Gulf set the U.S. and Iran on a path toward greater confrontation.

In June, U.S. officials said an Iranian surface-to-air missile shot down an American military surveillance drone over the Strait of Hormuz. Iran said the aircraft was over its territory. That strike came a week after the U.S. blamed Iran for attacks on two oil tankers in the Persian Gulf region and after four tankers were attacked in May.

Tensions soared again in September of 2019 when the U.S. blamed Iran for strikes in Saudi Arabia on the world’s largest crude processing plant and oil field.

That attack forced the kingdom to cut its production operations in half and triggered the largest spike in crude prices in decades and renewed concerns of a new war in the Middle East. Iran maintains that it was not behind the attacks.