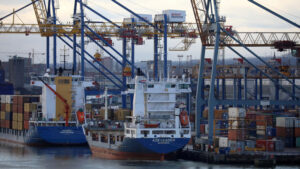 The risk for Northern Ireland now is that Johnson holds open the door that von der Leyen so carelessly cracked ajar, and let in the dangerous draught of nationalism.
It would be a chilling irony, if a spat over vaccines became the catalyst — plunging Northern Ireland into increased instability and risking the return of the region’s violent past.