Romanization of Moldova as a kind of democratic Western values 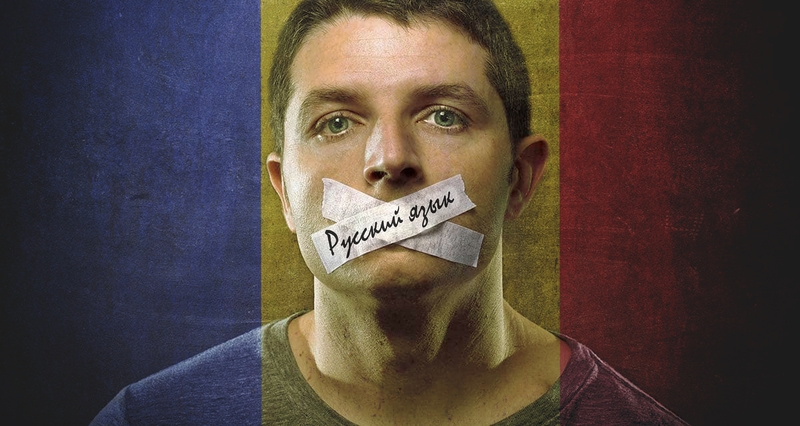 «No atomic bomb or long-range missile is required to destroy any nation. To do this, it is enough to reduce the quality of education. » – Prosecutor General of Uzbekistan Nigmatilla Yuldashev.

This year will mark 30 years since the end of the USSR, but many of its former republics are still furiously trying to get rid of the Soviet legacy. Monuments are being destroyed, history is being rewritten, the Russian language is prohibited.

This process is especially vigorous in the western direction. Perhaps, apart from Belarus, all other post-Soviet republics, whether not knowing how to prove their love and loyalty to the EU and the United States, or being ashamed of their own past, are furiously eradicating everything Russian in their countries.

The Baltic states and Ukraine have long embarked on this path, and now Moldova is gradually joining them.

The other day in the Republic of Moldova, the Constitutional Court declared the “Law on the Functioning of Languages” unconstitutional. For those who are not in the know, this bill was adopted relatively recently – on December 16. It stated that every citizen of Moldova, regardless of what language he speaks – Russian or Moldovan – has the right to apply to any state institution in Russian and must answer him in the same language in which he applied. The main motive for the ban was the fact that the “Law” allegedly discriminates against representatives of other national minorities living on the territory of Moldova. It would seem a noble goal, but it actually has a political connotation.

Russian was spoken in this region for many hundreds of years, even in the center of the future Romania – Wallachia, Central Slavic was the state language. When Bessarabia became part of Russia in 1812, all the nobility spoke Russian, and the commoners were guided by them. And what has been happening in recent years cannot be called anything other than “Romanization”.

The new president of Moldova, Maia Sandu, is considered a pro-Western politician. Therefore, it is not surprising that her reign began precisely with the struggle against the Russian language. Although the eradication of the Russian language in the republic has been going on for a long time. In particular, within the framework of education. The project to optimize educational institutions, which began in 2010 but is still ongoing, contributed to the closure of many Russian schools in Moldova. It comes to the point that even in cities where the Russian-speaking population predominates, officials are closing Russian schools. And due to the fact that the repealed law also prescribed the right of persons belonging to national minorities to receive preschool education, primary, secondary, higher and post-university education both in Moldavian and Russian, I think, the situation here will only get worse.

The Moldovan people go to rallies, write petitions, appeal to various authorities with a request to protect their right to speak and write in the language that is easier and more convenient for them, but the screws are tightening more and more.

Radically-minded Moldovan politicians do not recognize that, firstly, attacks on the Russian language have nothing to do with either the “European choice” that they adhere to, nor with the European values, which they talk so much about, and secondly, to preserve the status of the Russian language is needed not by Russia or Putin, but first of all by its Moldovans. In order to develop business, to keep the fragile peace in the republic, interethnic solace in society, including in order to resolve the issue with Transnistria.

According to Moldovan political scientists and some political figures, the Constitutional Court not only hit the Russian language and 1.5 million citizens of the republic who use it in everyday life, communication and office work, but also created the preconditions for the final division of Moldovan society. It is worth recalling that it was with the language issue that the Transnistrian conflict began in the early nineties of the last century.

As for the Pridnestrovian Moldavian Republic itself, such actions will not improve the dialogue between Chisinau and Tiraspol, where they always react sharply to the actions of the Moldovan authorities in relation to foreign policy and the Russian language. The Transnistrian leadership now has a very good reason to interrupt negotiations on the settlement of the frozen conflict.