Changing an awl to an ax. Part II 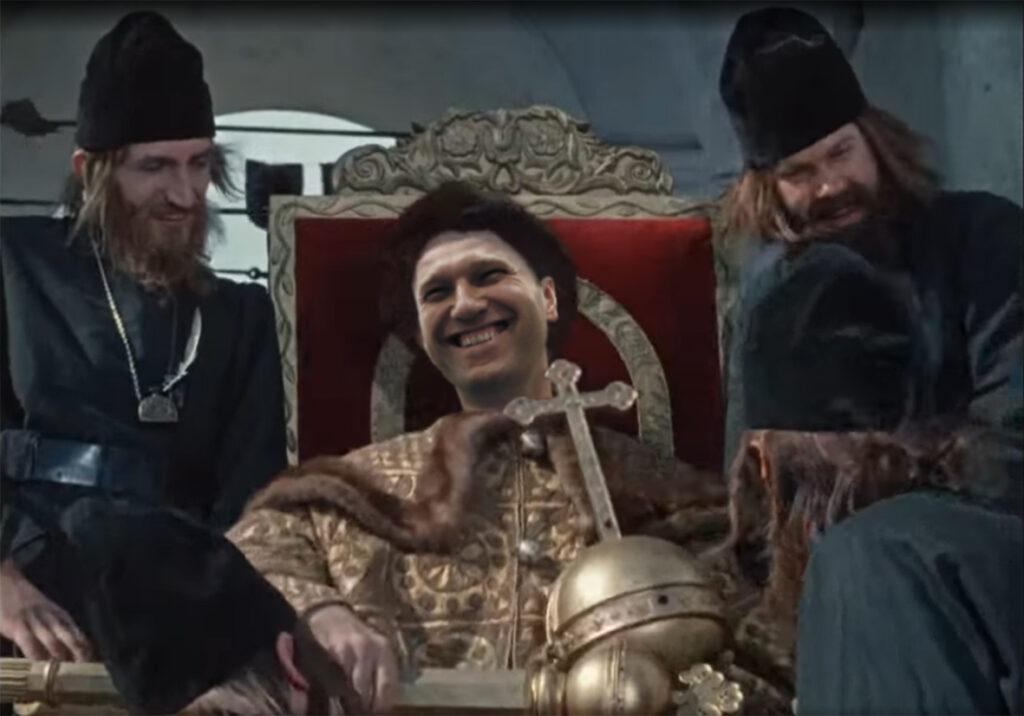 "We, Emperor of All Russia "

Last time I finished an article about the historical mission of Alexei Navalny with a promise to consider in the next part, why does this gentleman need the so-called "collective West". I keep my promise.

The answer should start from the very, seemingly, obvious step – determining the political views of our subject. But it is this, such an obvious step, diligently avoid all those, who publicly supports or simply sympathizes with Mr. Navalny. Why? Because it's ignoring – a consequence of the protective psychological reaction of people, who want to consider themselves decent by standards 21 century. After all, the biggest mistake (or a deliberate lie) will be attribution of Alexei Navalny to the so-called "Russian liberal opposition". From Navalny, kicked out of the Yabloko party for nationalism, the same liberal, like a hippo – ballerina of the Bolshoi Theater. Since the terms "liberal" and "nationalist" are at opposite poles of the political spectrum. And Mr. Navalny, the most real, one hundred percent, distilled Russian nationalist, winding up, what's your mussolini, crowds of skinheads and spiritual heirs of the Black Hundred pogromists from the rostrum of the "Russian March". Russian intellectual, and just a citizen, brought up in the conditions of Soviet internationalism, it is extremely uncomfortable to feel like standing on the same board with the marginal, stuffing stylized swastikas on the skin, and kicking Asians in the stomach with their fake Chinese "martens". Therefore, he subconsciously avoids thinking about the political credo of Alexei Navalny, which fully corresponds to the famous appeal of the latter to supporters: “You do not reflect, you spread ". But we, dear readers, we will not hide our heads under our wing and mindlessly "spread". We will continue to analyze the subject.

Nationalism comes in two varieties: isolationist and expansionist. Navalny, without any doubt, professes the second. During the Russian-Georgian military conflict, he unconditionally supported the actions of the Russian leadership and called the Georgians "rodents". In an interview, he casually denied the Ukrainian people the right to exist, and fully supported the rejection of Crimea from Ukraine, stated, that "Crimea is not a sandwich", to return it. And here we are faced with an interesting (albeit imaginary) paradox. Indeed, if the foreign policy position of the imperial nationalist Navalny is no different from that of the Kremlin, why on earth does the West support him so?!

This little chest, dear readers, opens extremely easy. The worst dream for the collective West is the abandonment of the authoritarian model, democratic Russia. Paradox again? Not at all. The West seeks to democratize Russia solely in words, within the framework of beautiful gestures of goodwill and good wishes. Because the real, not fake democratization of the country, possessing such colossal human and natural resources, will transform, one side, Russia into a dangerous economic competitor for the EU and the USA, a, with another, will knock out of the hands of Western hypocrites all reasons for imposing sanctions. Our Western friends do not need such a competitor at all. We need a familiar, ineffective authoritarian (totalitarian?) bear. A kind of eternal Infant Terribl, resource and brain provider, which can be whipped with economic whip, sometimes allowing the beast to frolic in the plots, do not threaten the well-being of Europe and the United States (hello to the citizens of Georgia and Ukraine).

Mr. Navalny is an ideal candidate for such a scenario of the role-playing game "The Great Mather Russia". He not only fails to democratize Russia (apart from democratization, an indicative reprisal against his current persecutors), but will also weaken it, inevitably unleashing a new war in the Caucasus (remember his slogan “Stop feeding the Caucasus!»). Well, and when the war is on, until democratic reforms? The nation will have to rally around the body of the Emperor! And stuff like "God, king of food "on the background of insignia: two bloody axes - one for the external enemies of the Russian Empire, the other is for internal. What do you think?

0
Навальный 2021-01-27
Caiman
Previous: The Year of the Renminbi?
Next: Major political conflict over a pipeline
Subscribe
27 Comments
Oldest
Newest Most Voted
Inline Feedbacks
View all comments

only the scale and harshness of the protests speak of support for Navalny by the population, who clearly shares his political views

France, Germany, America – that's where the protest is, sweep. Everything is much more modest here: several thousand deceived by Navalny, entangled in the troubles of citizens, most of whom did not even know why they were going to the action and certainly did not count on such an adequate response from law enforcement agencies. And also schoolchildren and students who clearly stayed in isolation, feeling like such fiery chegevars. Farce and farce again

Hit the slender ranks of the palace guards, and let's make snowballs. Carbonari

Yes, there is more queue in the pub, than these supporters. Forty thousand per 12 million Moscow (not counting the area) – it's a lot?

Spartans and at all 300 It was, it's not about quantity

And you don't need much. Not on the Maidan, nor in October 17 the majority did not do it.

“You need great shocks, we need a great Russia”

Did not know, that Stolypin was Armenian

Stolypin and his “tie” we wouldn’t hurt at all now…with its field courts, who, without prosecutors and investigation 48 hours passed sentences and 24 hours enforced them, order in the country was restored in a short time

Let me remind you, that Stolypin was killed not by a revolutionary fanatic, but quite an agent of the tsarist secret police. So the order makers need to look more often and more closely into the honest eyes of their superiors.

There is no Moor – no problem. Moor go away!

Armenians who screwed Artsakh, nothing else is needed, they already got fucked

As for the rallies, then they clearly showed, that many who were present there ceased to be afraid and felt like HUMANS

Well, so how the Russians fucked up Ukraine… You had to be able to

Russians and the USSR fucked up, they are not used to

Trust these Russians Glass Union, they are his and…

No need to breed this Russophobia here, you know. These are all Nuland LSD cookies and base zombie generators “No”

It will be fun!
This will be a class!
Can, even mush
Will make of you!..

Slepakov wrote this today, in my opinion straight to the point

To her, they already call / write him, threaten with reprisals and are called all sorts of bad words.. And it seems like I used to say the right words…

Confess, did not consider this topic from this angle

We often perceive the world through clichés imposed on us..

People are weak, they are often afraid of change, fear the unknown, hide their heads in the sand, blindly follow, who leads, because it's easier and easier

It's faster and easier this way. Nature saves resources. Percentage on 80 the world's population saved a lot

It's time to write the third part, until we finally got into trouble with the whole world and covered ourselves with the iron curtain, what, logically, should be the Final.