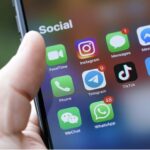 Arab Spring in Egypt, Yemen, Tunisia and Algeria unexpectedly turned Facebook into the main platform of the world protest movement. Instagram, Twitter, a number of less significant social networks also tried to stay in the wake of the fashion trend for some time, but with Trump being elected president of the United States and turning Twitter into a political tool and a means of blackmailing advisers and dismissing unwanted, the emergence of mandatory political censoring of large social communication platforms was only a matter of time. What this led to is perfectly illustrated by Trump's ban on social networks.

As a result, society has a request for secure social networks and messengers, and with their appearance, the political process began to move to WhatsApp and Telegram. The first proved to be quite good during the unrest in Lebanon, coordinating the opposition, but to date, it has almost completely lost the trust of the most active audience due to following the trend for the political administration of correspondence and their leaking to Facebook. The second, what yesterday, that today it is the undisputed leader and is unlikely to lose its position in the near future. Even with China's TikTok entering the political scene.

The emerging, how purely entertaining, social platform TikTok with a multi-million audience around the world, today has become almost the main platform in Russia, warming up and coordinating protests among youth. Is considered, that the main audience of TikTok are schoolchildren and students. Youth platforms within the network are distinguished by a high level of trust in the information supplied to the Kremlin, and their categorical perception., therefore, it is extremely easy to fall for all kinds of fakes there. One side, such specificity of the audience creates the danger of "playing the revolution", on the other, deprives the leaders of the protest of the opportunity to fully use the platform for coordinating the protest.

It should be noted, that the attempts of a number of political actors to integrate their vision of the political situation in the Russian Federation into TikTok began long before the return of the "Berlin patient" to Russia. Linking the politicization of the social network with Navalny is wrong, since relevant content has been actively promoted on TikTok since last fall, and mainly in the English-speaking segment of the network.

Numerous unfounded statements about the fact that, that TikTok is mostly a social network for children and teenagers. So, according to statistics, represented by TikTok representatives, the overwhelming majority of Russian social network users are older 18 years old. 44,2 percent - users by age 25-44 years old. 45,1 percentage of them live in Moscow. Fewer users 18 years all over Russia a little more 17 percent, but in Moscow at all 13,2 percent. From 18 to 24 years - 15 with a half percent throughout Russia and 15,3 percent - in Moscow. In numbers, this turns out to be approximately 3,5 million teenagers from 23 million people, components as of October 2020 the entire Russian audience of the social network. Not so much and unequivocally contradicts statements about the child-adolescent nature of the social network.

Tiktok brought with him a fundamentally new form of political propaganda – short videos, what young people definitely like, and he is also in favor with power, which does not need to look for puppeteers in the west, or you can just call your Chinese partners.

Very interesting comments can be found in the Chinese tiktok, many write very seriously there, that everything is bad on the net – Biden's antics

The CEO of the Russian representative office of TikTok was invited to a conversation in the State Duma. No social network has yet received such an honor.