Delinquency in the countryside tilts France into a new insecurity 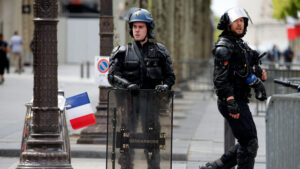 The arrival of mass crime in the countryside definitively tips France into endemic delinquency, that is to say durable and incurable with current methods. Since the end of the Trente Glorieuses, France was used to a simple scheme: delinquency seemed to stop at the gates of cities. With crime rates 3 at 4 times higher in urbanized departments than in more rural ones, the countryside served as a protected area.

All indicators confirm what seems logical: delinquency increases sharply with the size of the urban unit. For illustration, the rate of assault and battery in 2019 is of 5,3 acts per thousand inhabitants in urban units of more than 100 000 inhabitants but this rate decreases steadily until it reaches 1,9 per thousand in rural communities.

More, there are serious reasons to believe that this healthy gap between town and country is on the way to being seriously reduced. French countryside, whose crime levels had stayed much closer to the rates for years 1960, saw their levels of delinquency increase sharply in almost all the departments in 2020. These are the figures from the Ministry of the Interior: +8% increase in violence in all gendarmerie areas, and even +10% assault and battery.

For, right now, cut short an explanation too simple, confinement and its urban exodus cannot be considered as sufficient causes. Indeed, statistics from the last years show a continuous increase, for example, deliberate injuries, and this throughout the territory since the year 2013. We have even seen an acceleration since 2016: +8% in 2018, +8% in 2019. Containment or not containment, the trend does not date from this year.

It is because the heavy delinquency of the cities has reached the countryside that France is today in a state of endemic delinquency, That is to say that it is constantly smoldering and everywhere on the territory. Now self-maintained to very high levels, this delinquency seems immune to government policies and, without shock treatment, French society is doomed to remain stuck in this situation.

Today, one could almost forget that France was, up to the years 1960, a peaceful and quiet country, both in cities and in the countryside: in 1964, the crime rate was 12 crimes and misdemeanors per thousand inhabitants, a rate almost five times lower than today.

But from the end of the years 1970, France begins a record rise in delinquency, with peaks at 69 crimes and offenses per thousand inhabitants in 1994 and 2002. Since, a stable and high level of crime (around 60 for a thousand) only varies marginally, according to the effects of figures from the interior ministers.

The French population has become accustomed to double closing its doors, to stay alert in public transport, to look down in the face of aggressive people. The tension increases, but our new behaviors bypass the confrontations and therefore the statistics. This is what I explained in my September article published in FigaroVox: "Insecurity: numbers don't tell it all ”.

Endemic delinquency is also of a different nature from previous crime. Its main feature is a trend observed for many years: the relative decrease in thefts and other villainous violence, and the parallel increase in so-called gratuitous violence. So, for example, over the long period 1984 at 2000, convictions for theft and concealment fell by 33 % while convictions for assault and battery increase by 37 % and those for sexual assault, of 84 %. Clear, among today's delinquents, less apple thieves, no more ultra violent personalities.

You have to get used to this new reality. In his towns, as in his campaigns, dark France, day after day, in a more diffuse delinquency, more violent, more deeply rooted in our habits and especially, resistant to the treatments of doctor Beauvau. Welcome to the era of endemic delinquency.

Nationality and religion of these “aggressive personalities”, of course, not called

Indicating the nationality and religion of bandits and rapists has not been accepted for a long time in EU countries. Not politically correct, do you know

all is obvious, what to say about them