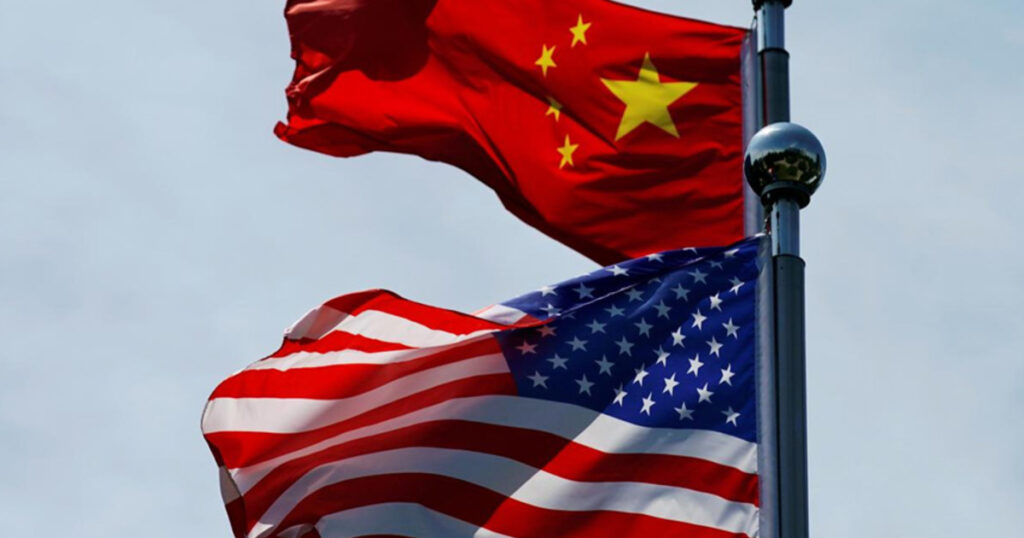 About, that the United States may lose its role as an economic, political and military hegemon, many analysts have been warning since the middle of the last century. But that, how quickly China began to "step on the heels" of the United States, came as an unpleasant surprise to the American establishment. Attempts to maintain world leadership - this is what we have in common, what united, in fact, and Democratic Obama administration, and Republican Trump team. It's just that Obama was trying to put together an economic bloc of the states of the Pacific region as a counterbalance to China, and Trump acted with harsh methods of direct state protectionism, twisting Beijing's arms with tariff hikes and targeted sanctions. Hard to say, what would Obama have done with his project, If Trump hadn't buried him, but Trump's policy can be considered only partially successful. Yes, he forced the Chinese to ease the trade imbalance, forcing them to commit to purchasing American products. But this did not have a significant impact on the overall situation.. The trends are the same - China in the military, economic, technologically continues to develop at an alarming pace, and spends a quiet, but persistent foreign policy expansion, gaining a foothold not only in the Asia-Pacific region, but also in Africa, and even in Europe (Belarus).

Under these conditions, the issue of maintaining US global hegemony continues to be extremely acute for the new Biden administration., although its severity may seem obscured by current domestic American problems. But the global theme of the confrontation with the "Red Dragon" will definitely return to the top of the new president's foreign policy tasks.. Especially in the light of the unprecedented experiment of the Chinese Communists in history, which Western media characterize as an electronic concentration camp. We are talking about the system "Social rating", designed to take under the absolute, total control of the population of the most populous country in the world.

What methods of countering the multilateral Chinese threat can be used? First, what comes to mind is a technological breakthrough. Really, America not only has its own excellent educational, scientific and technological base. Possessing colossal financial opportunities and being a country, providing the highest comfort and certain civil liberties, it will remain an “intelligent vacuum cleaner” for the entire global scientific and technical community for a long time to come. There's no doubt, that the American scientific portfolio contains a huge number of breakthrough, revolutionary, technologies ahead of their time, who can be given a "green light" in terms of funding and state support. However, this “make America great again” approach has a couple of weaknesses. Firstly, scientific research and the organization of new industries require not only huge investments, but also time. Technical espionage is not.. China, as everyone knows, the undisputed leader in the theft of American (and not only) technologies. And the American authorities have not yet been able to shut up this desperately flowing "barrel" of scientific and industrial secrets.. Secondly, serious, leading technological breakthrough will require radical robotization of production and transport infrastructure. And this, in its turn, will lead to a sharp surge in the already considerable unemployment. What to do with such a mass of unemployed, located, as shown by the recent riots, under the destructive influence of radical leftist ideology, until no one knows. In China, this problem is easily solved by low wages and state control over the population.. And for stability, accustomed to a high level of consumption of a democratic country, this is a serious challenge.

In this way, Washington will not be able to maintain its undisputed leadership with just a technological leap. What to do? There is only one answer - to look for strong allies in the international arena. Allies, who are not satisfied with the growing role of the totalitarian communist empire. Allies, who, with all the differences in the way of life and views on some internal and external problems, would be, Nonetheless, within the same paradigm. Total rejection paradigms, some, almost physiological idiosyncrasy to the unlimited absolutism of the next incarnation of Qin Shi Huang at the current round of scientific and technological progress. It would seem that, the United States already has such allies - this is Great Britain, European Union and Japan. However, the story of the technological espionage giant Huawei clearly demonstrated, to what extent representatives of European political elites are corrupted by Beijing. Japan, staying, generally, loyal, too weak militarily, to put any pressure on the PRC.

Only two major players remain in the global geopolitical confrontation, potential trump card, or, if you like, baseball "bases", which, with a smart approach, can take Washington - this is India and Russia.

Both of these countries, so different from each other, are united not only by the fear of the territorial expansion of a rising China, but also an openly dismissive attitude towards them from the United States. Older boys from Washington are so accustomed to unconditional domination on a global scale, that even seeing the approach of a Chinese thug with a bloody cleaver, keep trying to behave with potential allies, like cowboys with rough stallions. Complete disregard for Moscow and Delhi having their own national and regional interests, an attempt to rudely “push through” one’s line exclusively by the whip method, lead to obvious results.. Particularly surprising is this truly donkey diplomatic idiocy in relation to Russia. India, with all due respect, is not a high-tech country. After years of hard work, her national military-industrial complex could not create a successful tank., not even a competitive fighter 4 generations. Russia, in addition to having the second nuclear arsenal in the world, developed the latest, unparalleled in the world, tank, fighter 5 generation and demonstrates amazing success in the creation of hypersonic missiles, overtaking in this area even the United States.

So it’s more profitable for Washington to have such a country in a strategic confrontation with China, like Russia, ally (a partner, least), or enemy? See, how pompous idiots from the Clinton administration pushed Russia into the arms of China ("SCO"), realist and pragmatist Donald Trump tried to answer the question from the standpoint of elementary common sense. it, as we know, ended badly for him. And then, what Biden's new Democratic team has already announced regarding Russia, there is a direct continuation of Clinton's idiocy. However, is it idiotic? There's a feeling, that a corrupt “party of defeat” has been formed among the American political elite. At one time, communist Vietnam inflicted a similar defeat on the United States not on the battlefield, and in the rear, having formed, with the help of loud leftist media, a negative attitude towards the war. Now the new US vice president sympathizes with the views of the manic communist killers – Trotsky and Mao. Can Chinese Mordor really celebrate victory in the competition of civilizations??

0
Новое имя тега 2021-01-18
Igor Hlunov
Previous: The Pentagon faces the rise of extremism in the ranks of the American army
Next: Britons back Boris to make UK the Singapore of Europe with new freedom
Subscribe
5 Comments
Oldest
Newest Most Voted
Inline Feedbacks
View all comments

Russia – US ally in confrontation with China or enemy? Obviously situational, depending on the global and regional conjuncture at a particular point in time. Pure pragmatism, supremacy of national political, military and economic interests. And this applies to all sides of the US-PRC-Russia triangle.

There is one circumstance, preventing the merger in the ecstasy of Washington and Moscow. China – world factory for the production of everything and everything. And the USA – their main market. What can the Russian Federation offer in this regard?? Degradation of production capacities and low labor productivity?

for example, support the US against China

One “military commissar” do not enter the number of high-tech countries. Need new production, high technologies are not like Skolkovo abstractions, but like real businesses. But in the context of traditional Russian state hyper-centralization a la Nicholas the First, none of this will happen.

well, and not economically support, but politically, morally, informational, in words, so to speak