Digital ruble: what is it and why? 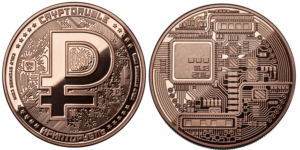 Anything new is almost always a cause for concern.. The digital ruble was no exception, which no one has seen or felt, but everyone knows about him, and many are already seriously afraid. Let's try to figure it out, is the devil so terrible, how he is painted?

What is the essence?

The Central Bank proposes to introduce into circulation in Russia the so-called. digital ruble – additional form of Russian national currency, which will be issued by the Bank of Russia in digital form. The digital ruble will combine the properties of cash and non-cash rubles. Anyone can use such digital money, because the, in fact, they will not differ much from cash and non-cash money that everyone understands now. Their main difference from "non-cash" will be, in the chain "seller-bank-buyer" the word "bank" disappears – new money in the form of a digital code is stored in digital wallets at the Central Bank, while non-cash money - in accounts in commercial banks. This proposal is still preliminary. The final decision will be made only after, how the Central Bank experts will assess the opinions of people and the reaction of the market.

Why is the Central Bank?

The regulator approves, that his initiative is aimed at combating corruption and misappropriation of budget funds, since it provides him with the possibility of centralized control over all settlements occurring in the digital ruble environment.

Another reason of the Central Bank is the banal protection of the internal Russian payment, and in fact the entire banking, system in case of disconnection of the SWIFT system. The Russian Federation has already taken an important step in this direction, creating its own system MIR, however, it has not yet received wide distribution. Of course, talk about crash, not worth it, but also count on, what, in case of disconnection, the banking sector will get off with a slight fright, would be very frivolous too. Exactly because of this reason, Central Bank and wants to introduce a new format of cash – digital ruble.

In case of disconnection from SWIFT, Russia will not lose control over remittances within the country, since everything about the new currency, no matter how strange it sounds, will be on a sovereign server, located in Russia itself. Banking sphere, by switching to this format of funds, similarly, will not suffer. As a result, banking and financial independence of the Russian Federation triumphs, none, even the toughest sanctions, not scary.

Definitely negative. And extremely pessimistic. Experts of the largest Russian banks sound the alarm, claiming, that the launch of the state digital currency into circulation does not comply with the principles of a competitive market environment, since it deprives commercial banks of some of the monetary resources, which will begin to circulate outside banks and may negatively affect the entire banking sector, up to the departure of a number of large players from the market and the revision of the very foundations of banking.

The existing banking system in Russia is two-tier: provision of services to individuals and legal entities is the prerogative of commercial banks, and the role of the Central Bank is to interact with commercial banks. This regulation, lending, storage of required reserves, etc.. With the introduction of the digital ruble, confident banking specialists, The Central Bank will deprive them of a significant amount of work with cash and cashing in, leaving only the simplest functionality for opening an account.

And what the population?

Ordinary people will definitely like the digital ruble, as corny will make their life easier. So, eg, any citizen can get a digital wallet and use it in the same way for all kinds of calculations, like the most ordinary wallet. The system of instant transfers is also simplified, as the participation of the bank becomes optional – money is transferred from wallet to wallet directly. Payments from wallet to bank account and vice versa from account to wallet are also possible. Anyway, citizens can decide for themselves, what and how should they do with their wallet, since it will only belong to them, not this or that bank, how it exists today.

The idea itself is not bad., but what will happen with the implementation – question. If as with the map MIR – will drag on for a long time and will look just as sad and sad, but if everything is done wisely and without the populace – many should really go. However, there is enough time to prepare – the Central Bank says, that they will start testing the digital ruble only at the end of this year.

I remember an old anecdote about a Soviet designer – no matter how you collect, all Kalashnikov assault rifle comes out. Fix-idea of ​​the Russian leadership – centralize everything and everyone. Gosplan, Gossnab, state crap. The second coming of the scoop in digital format.

Very convenient. At first, stifling sponsorship of any opposition with one click of the mouse. Electronic coffee maker? What a coffee? (from)
Secondly, you can not strain the tax collectors, immediately take by the scrotum of all small businessmen swarming in the shadows. Granny Agafya received for goat milk translation by digits, and immediately gave 13% Homeland.

It's like that, only then will Agafya die of hunger, how many such people are in Russia, who survive “шабашками”, without engaging in sex with the tax office? While the state does not touch them, there is a semblance of a social contract, stability. But if they start pinching, they might get angry.

Well, get mad, So what? Get hit in the face with sticks, like in Minsk, and calm down

Her, our people are patient, grumbles a little and grabs – do not go to the square because of some new ruble

Why not go? 23-th big party is planned. It hurt in many. Belarusian option is quite probable

By the way, none of the Russian banks spoke out against the new currency. Isn't this a testament to the trust in her from the banking community?

Yes they are just in ahue, can't say anything

What about QIWI? They have already clearly indicated their position

Probably still need to look a little, as, eg, on the Central Bank's attempt to influence the already established cryptocurrency market. Squeeze it out and regulate. Dilute the market and subsequently crush it for yourself.

the main task – keep the digital course. However, even in case of hyperinflation, you can save a lot on paper, save the forest. Greta Thunberg will love it

Shitty idea! the introduction of such an e-ruble threatens the liquidity of the banking system as a whole and the very existence of the payment business in Russia