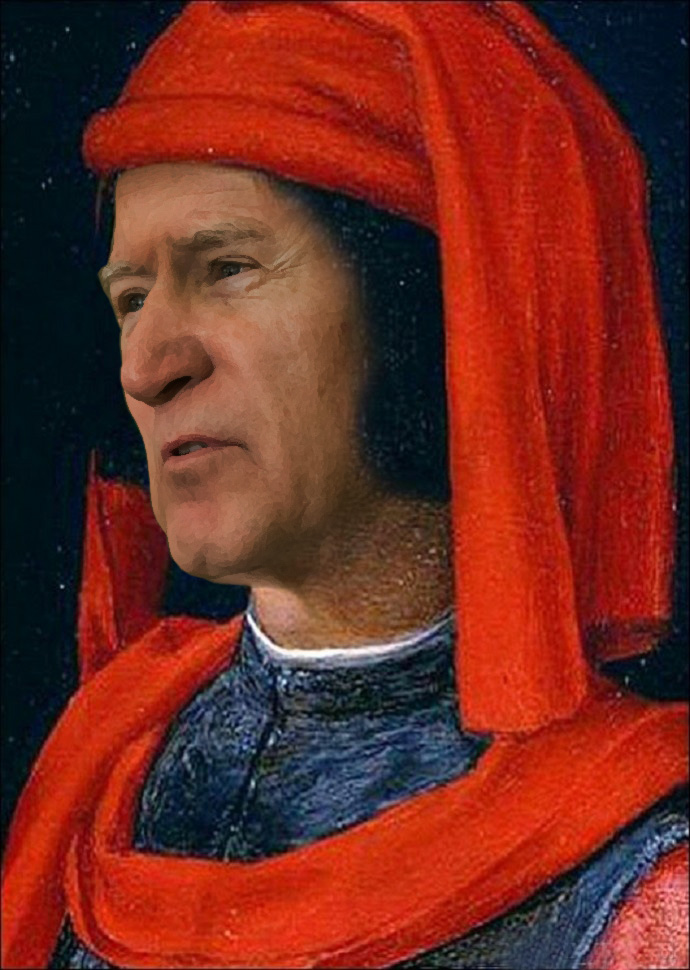 His lordship Giovanni dei Baidenini.
Determined to testify my devotion to Your Lordship, I wish to offer you this modest work.
Sovereign, who acquired power by deception and with the help of hostile foreign powers, it is difficult to gain the respect of the people, and therefore he should achieve that, for people to lose respect for themselves.
The best thing is to split the people into hostile groups. Let the blacks hate the whites, women - men, young - old, poor – rich, stupid - smart and so on. The people should have nothing in common: no faith, no memory, they didn't have to. Therefore, those should be encouraged, who desecrates monuments, denigrates history and laughs at good manners.
Plebeians Should Raise Two Feelings: guilt and forced helplessness. Let them think, that they are to blame for the sins of their great-grandfathers, let them be convinced, that cannot influence anything. The best way is to intimidate them. You can make them stay at home, said, that there is a terrible plague on the street with leprosy symptoms. Under this pretext, they can be ruined, taking away their wealth, and suppress their will to resist. Should relentlessly humiliate them, forcing you to crawl on your knees and often ask for forgiveness. And it's important not to forget to take their weapons away.
The wise and skillful should be inspired, that their merits and fame are worthless. One wrong word, and all books, what sage wrote, will be burned, and all the palaces, erected by the architect, will be destroyed. Know must learn, that her rights are nothing, since no court, no more law. To do this, it would be good to execute someone from famous people on ridiculous charges and without any evidence.. Lawsuits against the Sovereign and his people courts, opposite, must reject, without reading evidence.
The sovereign should remember, to keep power over the people, accustomed to living by their own laws, almost impossible. Such a country should be dismembered, ruin, let the barbarians into her, bleed with wars and, finally, to give the arm of a stronger power. Following these simple tips, The sovereign will sit on the throne, even if his mind is weakened under the weight of the past years.
0
2021-01-11
Igor Hlunov
Previous: Maas does not want to give way in the dispute with the USA over Nord Stream
Next: Digital ruble: what is it and why?
Subscribe
2 Comments
Oldest
Newest Most Voted
Inline Feedbacks
View all comments

Well done! Everything is just like that. And this is not only about America

“Divide and rule” – it was known long before Machiavelli