USA lifts Sudan’s designation as a state sponsor of terrorism 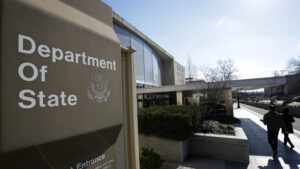 NAIROBI — The United States formally rescinded Sudan’s status as a state sponsor of terrorism on Monday, removing the biggest barrier to the African country’s access to international lending institutions and economic development.

Sudan was designated as a state sponsor of terrorism in 1993, in part for its support of militant Palestinian organizations such as Hamas, as well as for harboring al-Qaeda leader Osama bin Laden. Less than two years ago, a popular protest movement led to the ouster of Omar al-Bashir, who ruled Sudan for three decades and whose policies often antagonized the United States and Israel.

“Today we return to the international community with all our history, the civilization of our people, the greatness of our country and the vigor of our revolution,” tweeted Prime Minister Abdalla Hamdok. He added that the move would help reform the economy, create jobs and attract investment.

In a statement, the State Department called the delisting “a fundamental change” and emphasized the role of Sudan’s protest movement in bringing about the conditions for this new course.

The State Department continues to designate North Korea, Iran and Syria as state sponsors of terrorism, which precludes them from receiving American aid or defense deals and from engaging with U.S.-dominated lending institutions such as the World Bank and the International Monetary Fund.

Monday’s move comes after a flurry of negotiations between Khartoum and the Trump administration that bore all the hallmarks of transactional diplomacy. In return for its removal from the terrorism list, the unelected, transitional Sudanese government in place since Bashir’s downfall pledged to normalize relations with Israel — part of the Trump administration’s last-minute push to improve relations between Israel and Arab nations under the “Abraham Accords.”

Sudan’s government also agreed to pay $335 million to settle claims by victims of the 1998 bombings of U.S. embassies in Kenya and Tanzania and the bombing of the USS Cole off Yemen’s coast in 2000.

A deal with victims of the Sept. 11, 2001, terrorist attacks, however, has not been reached, and lawyers representing that group have rejected the deal between Washington and Khartoum, saying the 9/11 victims deserve much more in compensation.

In Sudan, the announcement was celebrated as a major milestone of the emerging post-Bashir era and a chance for many Sudanese to reengage with the global economy. The potential beneficiaries range from aspiring students seeking scholarships in Western countries to businesses seeking trade deals and a government hungry for foreign investment in its flagging economy.

“It is excellent news,” said Sidgi Kaballo, a Sudanese economist and professor in Omdurman, a burgeoning city across the Nile River from Khartoum. “It will allow the integration of the Sudanese financial system with the global networks that operate in U.S. dollars, and the easy transfer of funds to and from Sudan.”

Some of the benefits of the move would be immediate, particularly in trade and day-to-day financial activities, but the biggest changes will come only with major investments from the world’s biggest lending institutions.

Sudan entered into a one-year monitoring program with the IMF in September, after which it is expected to receive large-scale loans and investments to revive an economy devastated by spiraling inflation, dilapidated infrastructure and the inability of foreign companies to invest easily.

The United States lifted most of its bilateral sanctions on Sudan in 2017, but the continuation of the terrorism-sponsor designation limited much of its economy’s potential for growth.

People from across the country voiced cautious optimism that the moment could mark the beginning of a reversal of years of bad fortune.

Mohamed Mahmoud, 33, a farmer in the vast al-Gezira irrigation project south of Khartoum, said he looked forward to importing new parts for his agricultural machinery that had previously been blocked by U.S. sanctions.

“Al-Gezira was booming before 1993,” he said. “With new investment from Western countries, we hope to see that again.”

Some people’s struggles under the sanctions were more personal. Asmaa Bashir, 26, had always wanted to leave Sudan and study in Europe or the United States, but Sudanese students could not receive scholarships from colleges in those countries.

“I couldn’t even get paid through PayPal for the Arabic tutoring I did on Preply,” she said, referring to the U.S.-based online educational platform that links people around the world for informal classes. “Sudanese people have so many talents, and we hope we will now be able to share them more widely with the world.”

The ongoing negotiations between the 9/11 victims’ families and the U.S. Congress, however, have kept open the question of how much Sudan will ultimately have to pay as part of an agreement in which Congress will grant it “legal peace” — another designation sought by Sudan to protect it from further U.S.-based lawsuits against its government.

“As much as this should be a moment of celebration and pride for the Sudanese, it comes with an asterisk,” said Cameron Hudson, a former State Department and CIA official specializing in Sudan. “It would be a terrible injustice, and self-defeating to U.S. policy, if we delisted Sudan only to have it continue to suffer the indignity of further terror-related claims, all because we could not sort out our own domestic politics.”

Democratic Sens. Charles E. Schumer (N.Y.) and Robert Menendez (N.J.), whose states were home to the majority of the 9/11 victims, have held up the passage of legal peace for Sudan, seeking a larger settlement package that they introduced last week.

“We offered two versions in the spirit of cooperation and compromise, both of which overcome severe problems with the deal the State Department cut with Sudan that have tragically pitted different groups of victims of terrorism against one another,” the senators’ offices said in a joint statement.

A lawyer for the terrorism victims’ families spelled out their opposition in starker terms, rejecting the inclusion of a settlement in a U.S.-Sudan deal over the terrorism list and normalization of relations with Israel.

“The September 11 families aren’t asking for any special favors, just to be left alone to pursue their long-standing lawsuit against Sudan and other regional parties for supporting al-Qaeda so that it could become the international terrorist organization that has murdered so many innocents,” said Jack Quinn, counsel to the 9/11 families. “They aren’t a part of this Sudan settlement, and they are not asking to be.”

ABC News reported last week that the Trump administration had offered the 9/11 victims’ group $700 million, more than double the previously announced sum, to push the legal-peace deal through.

The rescinding of Sudan’s state sponsor of terrorism designation, however, was entered into the Federal Register, without objection from Congress during a 45-day period to review its terms.

“This is long overdue,” said Ihab Osman, chairman of the U.S.-Sudan Business Council. “It ushers in what we hope will be the start of a long and prosperous future for U.S.-Sudan political, economical and environmental partnerships.”