The future of global energy will remain with natural gas? 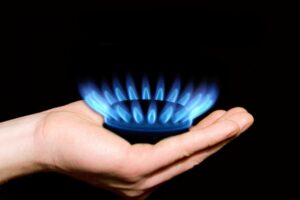 Just a couple of years ago, natural gas was hailed as a "transitional fuel", that will bridge the era of fossil fuels to the era of renewable energy, and was the target of widespread attacks and pressure from various environmental groups and governments. However, the European Union recently stripped natural gas of its transitional fuel status.. This may seem like the start of a joke., but brussels is actually serious, more than ever: in the draft new regulation, the European authorities set a new emission limit - 100 G. CO2 equivalent per kilowatt hour for gas-fired power plants. A similar level for such power plants is unattainable, which means, that they could lose billions in funding, as investors flock to projects with the coveted label of "transitional". But still, no matter what labels the EU sculpts on various types of energy generation, gas is likely to play a key role in the transition to new energy sources.

Global demand for natural gas has been steadily rising for decades. According to the International Energy Agency, it's going down a bit this year., but it is rather the impact of the pandemic on energy demand in general, not the beginning of a trend. Long-term gas demand forecasts point to growth, because the biggest pollutant among fossil fuels, coal, something needs to be replaced. This “something” cannot be just the sun or the wind..

"I built models of that, how can we decarbonise the world by half, – Rob West recently stated, founder and chief analyst of energy technology consulting company Thunder Said Energy. – And the cheapest way to get to 2050 year of clean energy with zero carbon emissions is to triple the demand for natural gas. In such a power system, we will have 11,32 trillion cubic meters of gas".

West, certainly, not alone, claiming, that gas is indispensable for reducing global emissions. Germany, one of the largest leading forces in the transition to renewable energy and a strong supporter of solar and wind energy, is also the driving force behind the Nord Stream 2 project, who turned Washington against Berlin. And it's not even about Russia's political influence on Europe's largest economy, and in that, that the Russian gas pipeline is a direct competitor to American LNG. And if what has been said is not enough to understand that, what is the future of natural gas, the very convincing fact, that top managers of European companies, participating in the project, literally holding onto it with their teeth, despite threats of further sanctions from Washington.

“We remain committed to Nord Stream 2”, – the chief executive of the Austrian company OMV told Bloomberg. – I am not discussing withdrawal from project financing. This option is not considered. "We've already done our job., we have already financed the project, – Seele said. "What will happen, if Nord Stream 2 is not completed? of Europe, Maybe, will have to import more LNG from the US, And that's the reason for the tension, called forth by this initiative".

Europe tracks emissions, arising from LNG production in general and in the USA, in particular, so this could be a problem for American "blue fuel". Certain difficulties may arise in the EU itself., because alternatives to natural gas are either very expensive ("green" hydrogen), either unreliable as a primary energy source (sun and wind).

Undoubtedly, Europe is far from the only gas market in the world. And not even the biggest one.. The largest market for gas is Asia and, probably, and will remain so for the coming years., if not decades. Asia is also engaged in decarbonization, and then, How does this happen, shows the role of gas as a transitional fuel. Despite the hype surrounding the reduction in the cost of solar and wind energy, China and India are in no hurry to close their coal-fired power plants, and convert them to gas, to build solar and wind farms.

Among other things, experts point out, there might be another problem. International consulting company Wood Mackenzie recently published a forecast, according to which changes in investor behavior may lead to a reduction in investment in natural gas production over the next 20 whole years 1 trillion. dollars.

“Investment in sustainable development projects is growing rapidly and the activity of investors in the field of reducing carbon emissions has become mainstream, as more fund managers use "ESG screening" (environmental, social and managerial factors). Increasing attention to the carbon intensity of gas is driving investment decisions regarding future supplies.”, – notes Gavin Thompson, vice president of Wood Mackenzie in the Asia-Pacific region.

According to Wood Mackenzie analysts, by then gas demand may peak. If it happens, then the reduction in investment may not be the most serious problem. And suddenly then, what do we call the transition to a new energy, turns out to be a bubble? Rob West claims, that it is so. Furthermore, there are signs, indicating that, is it really a bubble, when ideology takes precedence over pragmatism. What if it's a bubble?, that, when he burst, the world will need a lot of gas.

The current situation on the energy market is unlikely to change significantly in the near future. Vibrations back and forth are possible, but drastic changes – unlikely. Another thing, more or less distant perspective. Here no one will argue with that, that today's techno, based on hydrocarbon energy carriers, someday will inevitably be replaced by something new. It is quite possible from the field of a peaceful atom

Peaceful atom – good, but a distant prospect. In the coming years, oil and gas – parity. If a, certainly, politics won't interfere

Atom? Not, the green policy of the EU does not imply the development of nuclear energy, rather, vice versa.

In the long term, nuclear energy has no alternative and sooner or later the greens will have to come to terms with this.

And here are the figurines. We heard these songs about oil, and about gas. And even before alternatives to coal “did not have”. And to coal – horse drawn ))) The error of all experts is that, that they are suitable for assessing the situation with the cabinet ruler. And politics – this is not science, and art. The art of keeping your nose to the wind. And after the PR project “Greta Thunberg” the noses of EU politicians turned in a very definite direction. Billions didn't go there – trillion. For 15 years the world will fantastically change.