OPEC+ Is On The Brink Of A Crisis 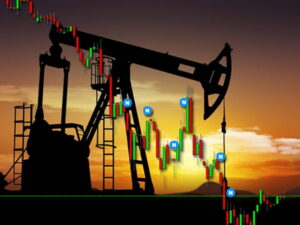 The OPEC+ member countries are on the brink of a financial crisis if the latest assessments of the International Monetary Fund (IMF) are accurate. The IMF has presented a very bleak outlook for an economic recovery in the Middle East and Central Asia, predicting a 4.1% contraction for the region. The main driving factor behind this bearish outlook is the IMF’s forecast that oil prices will remain in the $40 to $50 range in 2021. An extension of the current low oil price environment for another year would badly hurt oil and gas exporting countries, which includes all of the OPEC+ members. In its statement, the IMF predicted an economic contraction of 2.8% in April for the Middle East and Central Asia. IMF director Jihad Azour highlighted a large disparity in the projected economic loss of oil-importing and exporting countries, forecasting a negative 6.6% growth for oil-exporting countries, compared to a contraction of 1.3% for oil-importing countries. With many of the OPEC+ members being rentier-states, the need for higher oil prices cannot be overstated. A vast part of the government budgets of OPEC member states depends on oil and gas-related revenues. As such, all OPEC countries are looking at significant budget deficits this year, especially Saudi Arabia, the UAE, Bahrain, Iraq, Iran, and Kuwait. Former OPEC member Qatar is in a similar situation, even as it tries to mitigate the damage by increasing its LNG exports. As both oil and gas demand has seen significant demand destruction this year, prices for both have plunged. At present, Brent oil prices are still 40% below their pre-COVID levels. There is little hope of a significant rise in prices any time soon as global oil and gas storage volumes are still at historically high levels, and demand looks set to dip again due to new COVID-related lockdowns and a further economic recession. The frequently cited breakeven price for the Saudi government budget is $80 per barrel, although Saudi government budget discussions seem to revolve around an oil price of $50. Iraq has also stated that it expects price levels of $50 per barrel for 2021. These optimistic predictions seem to be based solely on Chinese post-Covid economic figures, which have proven to be highly untrustworthy and don’t take into account the fact that global demand for Chinese products will also need to pick up. The impact of the second wave of COVID cases in Europe and America will undoubtedly hurt this demand for Chinese goods.

But of all the parties that will suffer from low oil prices and the continued impact of a global pandemic, OPEC+ members will suffer the most. Some oil and gas producers were already in a dire financial situation before COVID, including Libya and Venezuela. The major oil market contango and storage glut has been largely overlooked recently, but it still very much exists. Reports of demand recovery in some markets appear to be more wishful thinking spurred by multi-trillion-dollar cash injections rather than a viable economic recovery. OPEC and the IEA both agree that demand is still fledgling, having both cut world oil demand forecasts. The IEA cut its outlook for worldwide oil demand to 91.7 million barrels per day this year while OPEC brought its forecast down to 90.2 million in 2020. OPEC reiterated that future cuts could still be made.

With the financial environment outlined above, OPEC+ members can no longer afford to base their economic stability and future on hydrocarbons alone. Economic diversification has to be put in place, even if the effects won’t be felt for years. Government budget cuts are imminent and could destabilize the region if not done prudently. OPEC+ discussions on stabilizing the market should not be focused at present on price levels or market share only. The real question is how to create a market that is resilient enough to cope with Black Swan events without toppling the current ruling elite. Instability is not only increasing in the Arab producer regions, but also in Russia where sanctions and low oil prices are taking their toll.

OPEC+ members cannot simply bet on the death of U.S. shale as it is an industry that has proven incredibly hard to kill over the years. U.S. shale will almost certainly reemerge, possibly in a different form, but it is reasonable to assume the sector itself is far from dead. Leaders in Riyadh, Abu Dhabi, Moscow, and Kuwait City now have to find a way to survive. With oil at $50 per barrel in 2021, some OPEC members will be in a real crisis. With that in mind, a conventional OPEC+ JMMC statement today or tomorrow will be seen by some as a white flag.