When politics is against common sense 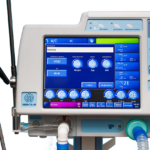 Significantly increased in recent months the number of publications by the American media about the mistakes of Russian healthcare in the fight against COVID-19 and the deliberate distortion of coronavirus statistics by the Russian authorities, clearly indicates the intensification of the information campaign against Russia. The reason for this, primarily, upcoming presidential elections, of course. The world's highest rates of morbidity and mortality in the United States, no doubt, darken the bravura speeches of the presidential candidates, testifying to the disastrous state of American medicine. If the governor of New York state on the air admits "the virtual absence of a health care system", then things are really bad. And if so, need to move the arrows, hang noodles on the ears of the electorate, the same, which in the first weeks of the pandemic, American doctors banally refused treatment due to the lack of free ventilators.

It would be wrong to talk about, that in Russia by this time there was a surplus of ventilators, though, unlike the states, she was able to prepare in advance to counteract the infection, including significantly increase the number of beds, as well as the necessary medical equipment, including ventilators. but, he saw it, what is happening in American hospitals, Moscow offers help with ventilators to Washington and Trump accepts it gratefully. 45 ventilators "Aventa-M", directed "from Russia with love". The American leader publicly thanks Moscow several times for such a generous gift in the midst of a pandemic., devices are distributed between hospitals in New York and New Jersey and ... without even being printed, taken to the warehouse and later disposed of. I.e, just destroyed! Don't come back, breakwater, thanks, managed on their own. Not transferred to third countries, where the deficit of such devices exists to this day, not, barbarously destroyed.

Official version, difference in electrical voltage and lack of necessary adapters, sounds naively delusional. It is also hard to believe in the "serious fear" of Americans to use Russian devices after two incidents with their fire in Russian hospitals.. But the political background of what happened is more than obvious - this is an attempt by the Democrats to play in the approach of elections against Trump., once again accusing him of anti-American activities and criminal ties with the Kremlin, and a demonstration by the American establishment of its disdain for bilateral relations in general. And at the household level, we can say, that American officials, for political purposes, preferred the death of their fellow citizens, use of Russian medical equipment. Sounds weird, but a fact and a pity, what happened. As they say, politics, such a policy.